Did He Do Anything Wrong? Was it a Missed Opportunity (Particularly Regarding the “Gay Marriage” Issue)? 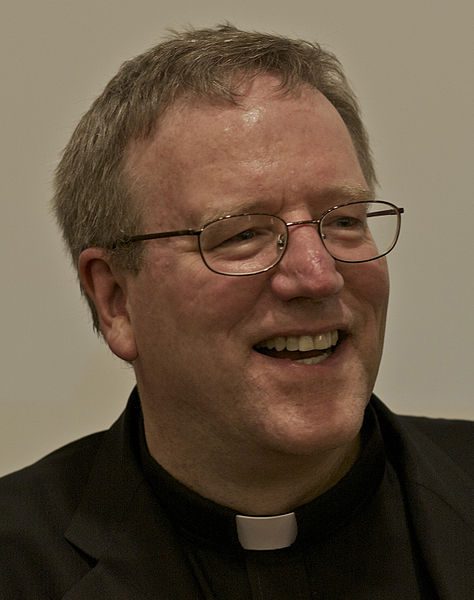 This has (I hear) become a big controversy. Bishop Barron was recently interviewed by the gay atheist political commentator, comedian, and talk show host Dave Rubin. See the two-part You Tube video.

Two days ago, I made an off-the-cuff response after reading a critical article. My words weren’t so much about Bishop Barron as they were about general principles of evangelism. I wrongly applied them to him, as it turns out. Now I have watched the video and I have changed my opinion. Facebook friend Harold Velazquez had commented on my earlier post:

I can only see your claim that Bishop Robert Barron is “trying to go too far in being relevant and liked” as mere suspicion about his motives, which is exactly the sort of thing we’re forbidden from doing according to St. Thomas Aquinas (Summa Theologiae II-II, Q.60, a.2 but see also articles 3 and 4).

I jumped the gun and made a rash assumption. I think now, having watched the video, that the bishop did an excellent (even brilliant) job of sharing the faith with a person who might be predisposed to be hostile, at least in part. He has a great gift of sharing the faith in an engaging way. I give Dave Rubin a lot of credit, too, for being an exceptionally fair and objective interviewer.

The charge is that Bishop Barron missed the opportunity to speak out strongly against “gay marriage.” But everything has a context. All of us act differently in different situations and with different people (or should, if we don’t). He was sitting there talking to a guy who is himself in a “gay marriage.” The question then becomes: how should he talk about that issue? He barely knows the guy, and he knows that they will fundamentally disagree.

I believe that such a conversation about actively practiced homosexuality (i.e., in its greatest depth: getting into natural law, health issues, the procreation aspect, the biblical prohibitions, societal implications for marriage and childrearing, etc.) between them could only feasibly take place after a time of cultivated friendship and probably also privately, not publicly.

Certain things will work and others will not in certain situations. I think we ought to vigorously make the case against it (and I do on my blog, as much as anyone does), but not necessarily in every situation we find ourselves in.

Thus, Bishop Barron didn’t give what might be considered a “full” argument against “gay marriage.” But on the other hand, he didn’t waffle and deny that the Church was against it or that he is against it. He asserted both, but in a low-key way appropriate to the difficult situation he was in.

There have been protests about him saying, “I wouldn’t want to get on a crusader’s tank and try to reverse that [i.e., the Supreme Court decision].” That is an altogether separate issue. He made clear that the law was not a good thing and that he and the Church oppose it. The question is whether it is good to make the effort to overthrow it, front and center. He had already noted how Thomas Aquinas thought that laws against prostitution would accomplish little, and that prostitutes should be confined to one portion of a city.

The only thing we can do about a Supreme Court decision is for the Court to reverse it (which becomes less likely as the years go by), or by passing a constitutional amendment.

In this sense, it is a question of wisely choosing one’s battles, in a world where there are many important battles we could choose to fight. The very least we can and should do, at any rate, is state firmly that it is an immoral law. Bishop Barron did that, in as mild a way as he could, and still “get away with it” in such an interview.

We can’t legislate all morality, but it’s important to have law reflect Christian values as much as possible. In this instance, it’s a strikingly radical return to Greek and Roman paganism. Also, the radical sexual agenda uses the Supreme Court decision to give itself a legitimacy that is unwarranted: precisely as the pro-abortionists have used Roe v. Wade these past 44 years. In a world where “law = right” it’s important to stop efforts to co-opt the law in ways that make it contrary to natural law and Christian moral principles.

But those sorts of factors would be things that could only be constructively discussed within an actual friendship, after the requisite mutual respect had been established.

I know full well that many people today cannot hear any disagreement with their views, even within the same Church or broad political paradigm. I go through it myself on a weekly basis, and it has been that way for my 20 years online.

I do continue to maintain that when we give the full Catholic argument against practicing homosexuality, that we will be despised and denigrated by most people who disagree with our stance (both from long experience and because Jesus said it would be so). There may be a few here and there who can engage in the discussion, and disagree without rancor. Dave Rubin seems like he is one such person. But that sort of person, and regarding this issue is extremely rare to find. I can say that, having argued the matter and having defended the Christian positions on sexuality (not an easy task at all) for 35 years now.

Bottom line: the case (the full one) should be made; in this particular interview it was not the time and place to do that, but Bishop Barron did present the Catholic view as much as he could, in order to accomplish his goal of making the Catholic view appealing and able to be accepted by as many as possible, watching the interview. He should be commended for that, and we should approach the whole thing rationally and objectively, not merely emotionally.

Effective evangelism involves not only the content of our message, but how we present it as well:

1 Peter 3:13-16 (RSV) Now who is there to harm you if you are zealous for what is right? [14] But even if you do suffer for righteousness’ sake, you will be blessed. Have no fear of them, nor be troubled, [15] but in your hearts reverence Christ as Lord. Always be prepared to make a defense to any one who calls you to account for the hope that is in you, yet do it with gentleness and reverence; [16] and keep your conscience clear, so that, when you are abused, those who revile your good behavior in Christ may be put to shame.

I reiterate that I myself am very clear and explicit in many papers (including many debates with homosexuals) on my blog about homosexual practice and all aspects of Catholic sexual morality.

But I don’t agree that the explicit case must be made in all times and circumstances. Bishop Barron didn’t deny anything. He just chose not to go into the greatest detail in that situation. I think it was the right choice. Does the Bible have anything about proper times to proclaim God’s messages? Yes:

Acts 16:6-10 (RSV) And they went through the region of Phry’gia and Galatia, having been forbidden by the Holy Spirit to speak the word in Asia. [7] And when they had come opposite My’sia, they attempted to go into Bithyn’ia, but the Spirit of Jesus did not allow them; [8] so, passing by My’sia, they went down to Tro’as. [9] And a vision appeared to Paul in the night: a man of Macedo’nia was standing beseeching him and saying, “Come over to Macedo’nia and help us.” [10] And when he had seen the vision, immediately we sought to go on into Macedo’nia, concluding that God had called us to preach the gospel to them.

If the Holy Spirit prevented Paul from preaching in Asia (an entire continent!), and also in Bithynia, which was a small region of Asia Minor (Turkey), presumably because the time wasn’t right (what other reason would it be?), then I think we can safely conclude (by analogy) that there are times and places when it is right to proclaim the full Catholic message on sexuality and other times when we should not, while not at all denying it; just not pressing it as fully as possible.

Writing is a lot different, because I have no control over who reads my posts or when they do, so I can be more broad and explicit in argumentation. In person, on the other hand, or in directly personal “live” interactions on Facebook and in comboxes, I adjust my message according to situation, just as St. Paul did, “being all things to all people.” He spoke differently, for example, to the pagan Athenians (Acts 17) than he spoke to Jews in his travels. He even cited a pagan philosopher and a pagan poet in evangelizing them. So he adjusted his message. It was more elementary and less scriptural when he was talking to the highly philosophical Athenians.

Likewise, when speaking with an atheist homosexual and his audience, we (and Bishop Barron) must (if we are prudent and wise) speak a little differently than Catholics would on my Facebook page, “preaching to the choir” in an overwhelmingly Catholic venue. 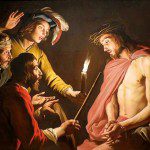 February 13, 2017
"Hated by All", Catholic Evangelism, & the Fullness of Truth
Next Post 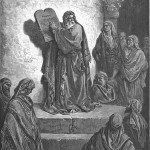