“Hated by All”, Catholic Evangelism, & the Fullness of Truth

“Hated by All”, Catholic Evangelism, & the Fullness of Truth February 13, 2017 Dave Armstrong

Is it Possible for an Orthodox, Morally Traditional Catholic, Who Shares the “Unabridged” Catholic Message, to be Rapturously Loved and Liked by One and All Radically Secularist Leftists and Atheists? 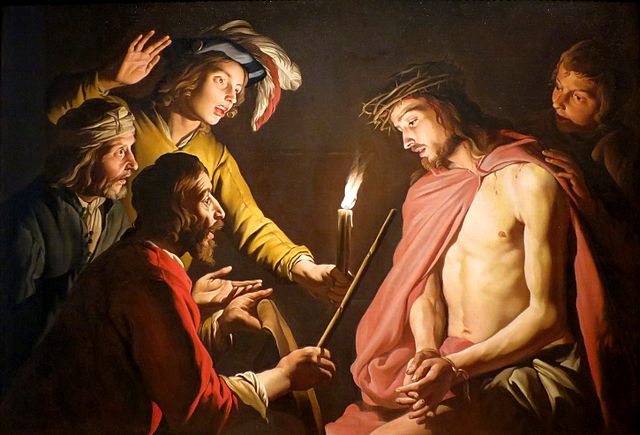 Christ Crowned with Thorns, by Matthias Stom (fl. 1615-1649) [public domain / Wikimedia Commons] “If they have called the master of the house Be-el’zebul, how much more will they malign those of his household?” (Mt 10:25; RSV)

In the effort to be heard and to be liked by leftists and atheists (all those who are fundamentally opposed to Christianity), all too often we go too far in seeking to be relevant and liked. It’s impossible to speak the full, fully explained and defended Catholic truth (even in the most saintly, sweet fashion) and to be widely liked at the same time by those who fundamentally disagree with us.

It’s an instance where we will have to be “hated” for Jesus’ sake, as our Lord told us. It’s impossible, and if everyone loves us to death (I’m talking generally here), we better examine ourselves for traces of compromise.

Jesus was mocked, lied about, betrayed, told that He was possessed by a demon and was a blasphemer, and of course, subjected to a kangaroo court, tortured and murdered. We should expect something totally different (to be rapturously loved by one and all)? We should not! He plainly told us that.

If vehement non-Christians love us to pieces, I have to suspect that there is a problem somewhere. They just don’t like us that much (five minutes spent in virtually any atheist or leftist combox will prove that), so if they do, it’s very likely that we are watering-down something, compromising somewhere in a way that appeals to them, so they will think we are one of the “few” intelligent, tolerant Christians, etc.

We must all resist this temptation to be popular and loved by all. It’s very human and understandable to want to be liked and understood and appreciated (we all have that legitimate need), but the person defending Catholic Christian teaching in all its particulars can’t have both things at once. We have to pay a price at a certain point, just as Jesus, the apostles, and all the martyrs of history did.

We will certainly encounter some who disagree with our Catholic message, who still like us for the right reasons: we acted with love, listened to them, showed sympathy or empathy for their concerns, proclaimed our message gently and with the utmost respect and consideration, and at the right time, etc. I’ve had individual atheists tell me that they liked me as a person and a thinker.

My point is that if it is unanimous or nearly so, then something almost certainly must be awry.

We must always take into account that Jesus (again, speaking very broadly, but intensely) said we would be “hated” by the world, not loved by it. That was certainly how the world treated our Lord, and we follow Him and proclaim His message. Here’s what He said, backed up by St. Paul and St. John:

Matthew 5:10-12 (RSV) Blessed are those who are persecuted for righteousness’ sake, for theirs is the kingdom of heaven. [11] Blessed are you when men revile you and persecute you and utter all kinds of evil against you falsely on my account. [12] Rejoice and be glad, for your reward is great in heaven, for so men persecuted the prophets who were before you.

Matthew 10:22-25, 32-36 and you will be hated by all for my name’s sake. But he who endures to the end will be saved. [23] When they persecute you in one town, flee to the next; for truly, I say to you, you will not have gone through all the towns of Israel, before the Son of man comes. [24] A disciple is not above his teacher, nor a servant above his master; [25] it is enough for the disciple to be like his teacher, and the servant like his master. If they have called the master of the house Be-el’zebul, how much more will they malign those of his household. . . . [32] So every one who acknowledges me before men, I also will acknowledge before my Father who is in heaven; [33] but whoever denies me before men, I also will deny before my Father who is in heaven. [34] “Do not think that I have come to bring peace on earth; I have not come to bring peace, but a sword. [35] For I have come to set a man against his father, and a daughter against her mother, and a daughter-in-law against her mother-in-law; [36] and a man’s foes will be those of his own household.

Luke 6:22-23 Blessed are you when men hate you, and when they exclude you and revile you, and cast out your name as evil, on account of the Son of man! [23] Rejoice in that day, and leap for joy, for behold, your reward is great in heaven; for so their fathers did to the prophets.

2 Timothy 3:12 Indeed all who desire to live a godly life in Christ Jesus will be persecuted,

Now, of course there are many times when we act like jerks and fall short in any number of a hundred different ways, in evangelizing or as a model (by God’s grace) of the Christian life of discipleship, and people then despise us or hate us for that. I’m not talking about that. That’s a given; it’s understood.

I’m saying that if we are as loving and considerate and respectful as can be, and proclaim the full Catholic message, including all of its most “controversial” and counter-cultural, non-trendy, non-fashionable aspects (often, of course, having to do with sexuality, where we most differ with the world-system), we can’t possibly be massively loved and admired and respected by those who fundamentally differ from us. We can’t square that with the above passages: no way no how. Jesus was perfectly holy. We know that He wasn’t hated because He sinned or was a rotten hypocrite (the world’s favorite thing to call us: too often, sadly, justified). He was hated because of His message. And we will be, too, if we proclaim it. He said so.

There will be opposition, if we are doing that. If there isn’t, we better examine ourselves very closely and thoroughly to determine whether the accolades of men are more important to us than sharing Jesus’ message and the Catholic message, at whatever price is necessary. 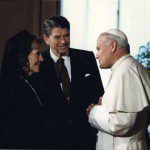 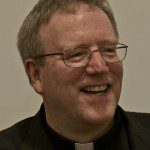