“Why Desire Salvation?” Reply to a Non-Christian Inquirer 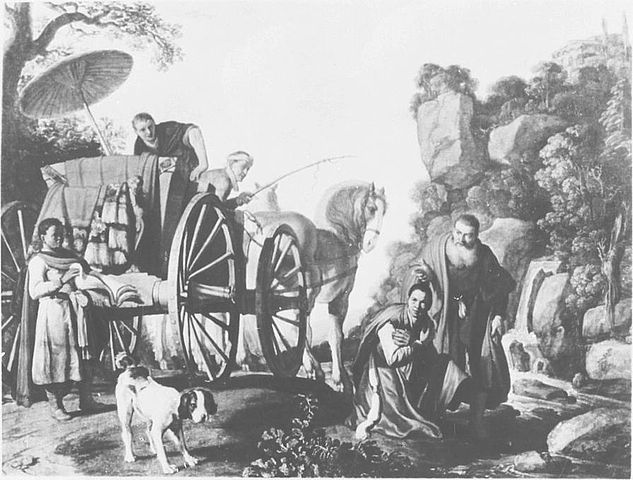 A person on the Coming Home Network forum (not a Christian) commented as follows:

I’ve asked this to people I’ve encountered over the years and I’ve not heard anything thus far that has struck a cord with me. I understand that this is probably a very ignorant question as far as Christians are concerned but it happens to be a serious difficulty for me.

Now I’ve heard some of the reasoning behind this. One quick example is that people desire salvation because they would like to be happy, and that they believe happiness can only be found with God in Heaven. I understand it’s a little more complex then that but I was hoping to hear a few other perspectives which might help shed some light on it for me.

What is the reasoning behind the belief that happiness can only be found with God? Why desire Salvation? . . .

What I’m trying to discern is the reasoning, or logic, behind the belief that happiness can only be found with God. . . .

I’ve also known many non-Christians who don’t just string you along and cut you loose when things don’t go their way. They are good solid moral people. This is not shocking because human beings were created good, although we may have attractions to things that are evil or wrong. . . .

I’m asking this question not for any other reason but to see if I can relate to anyone’s experience. You see, this desire to be with God for all eternity is obviously not unique… But I’ve never experienced it. So I’m just curious.

This is my “short answer”: Christians believe that God made us in order to be in union with Him. A life lived out of union of God cannot, therefore, ever attain to true happiness (or more accurately joy, which is much deeper than happiness). Now, many people, of course, believe that they are doing fine without God, and that there is no overwhelming necessity to follow Him as a disciple in order to be happy.

I understand that. I did it myself for the first eighteen years of my life. I felt self-sufficient. I could get by without all the “religious stuff.” I was what is described as a “practical atheist”: I lived my life as if God didn’t exist (even though I always believed that He did exist).

We can play that game for many years, but eventually it breaks down, and there will be an existential void. I experienced that, too: six months of very serious, clinical depression, because of the ultimate meaninglessness of my life.

Christian theology holds that we all are subject to original sin, leading to various manifestations of actual sin. It is an awareness of right and wrong, and that we fall far short of where we should be in that regard, that leads to the desire for salvation, and for something deeper and more fulfilling in this life beyond fleeting pleasures and the humdrum routine of day-to-day life. There is a meaning, a wonder, a purpose to life beyond all the superficial day-to-day existence stuff. Hedonism (including even sexuality!) cannot bring us happiness and joy. Nor can narcissism or riches or fame or power or even well-intentioned good works apart from God’s grace and a conscious following of God.

1) That men know (perhaps way down deep, but they know) that there is a God (Romans 1).

3) That all men are given the ability to know God and reach out to Him and to accept His free gift of salvation (He desires that all be saved).

4) That men have an innate knowledge of right and wrong: as seen in the great similarity of ethical codes and religious morality almost universally and through time. We have a conscience and feel guilty when we do something wrong. This is all God-given; it flows from being made in God’s image.

Calvinists, for example, deny #3 and severely limit #4, but they are wrong (another big topic for another time). I agree with [fellow moderator] David’s earlier comment, that one must examine several underlying premises in order to talk constructively about this. He wrote:

. . . in order to even begin speaking of desiring salvation, we need to define it. And in order to define it, we need to discuss a number of prior concepts such as God, creation, the nature of man, free will, good and evil, sin and its effects, and the meaning and characteristics of salvation. If we can find common ground in these, we may eventually be able to consider the need, and therefore the desire, for salvation.

I have tried to highlight some of the most important of those.

Bottom line: one has to come to a place of self-understanding or self-definition as a sinner in need of redemption. That is presupposed by the Bible and the apostles. Christianity offers a way out of the treadmill of sin (Romans 7). It is God’s love, mercy, grace (which could be defined as unmerited favor), and the cross of Christ, that has made salvation from sin and eternal life with God possible. It fulfills the deepest longings and desires of the human heart.

If you say you are perfectly fulfilled, etc., or feel no need to reach out to God, then I would say as a Christian (from my own presuppositions), that you need to examine yourself and your soul more closely. This would include philosophical discussion as well as theological, “emotional” and spiritual aspects, and psychological factors. It’s a long, long discussion, and I would be more than happy to engage in it myself, if you want to do that. I think it is an excellent start that you even ask the question, because that is the beginning of everything: an inquiring mind, or a certain healthy curiosity. The fact that you are here at all tells me that God is drawing you. You’re here for a reason, and that reason and purpose is already known to God.

I’m not trying to be presumptuous: just speaking from my Christian worldview. We believe in God’s providence: that everything happens according to a grand plan (in the end) and that it all has a purpose. God is in control of His universe: yet He grants us a free will within that paradigm. It is a deep mystery, but anyway, that is what we believe in faith, and with much reason. 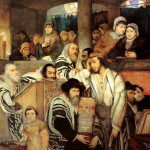 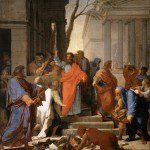 April 18, 2017 What is the Gospel? Catholic-Protestant Agreement
Recent Comments
0 | Leave a Comment
Browse Our Archives
get the latest from
Biblical Evidence for Catholicism
Sign up for our newsletter
POPULAR AT PATHEOS Catholic
1