Albert Einstein’s “Cosmic Religion”: In His Own Words 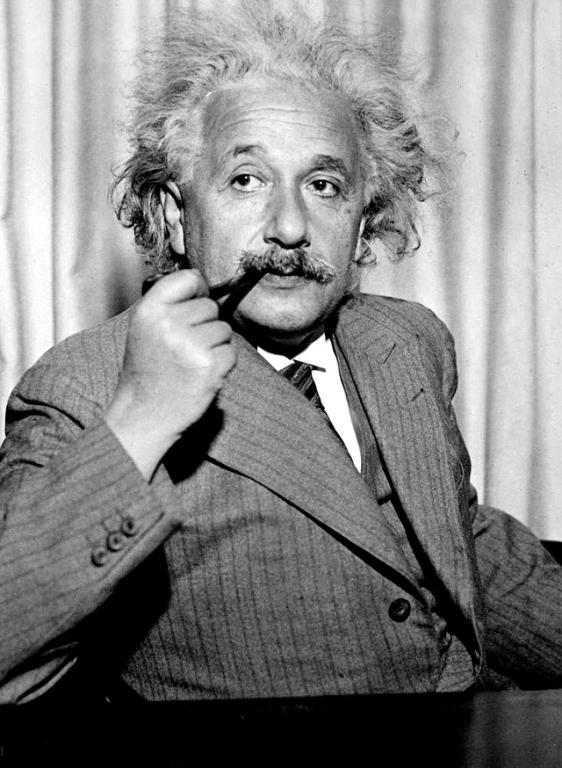 (originally 2-17-03; expanded greatly on 8-26-10)
***
“In view of such harmony in the cosmos which I, with my limited human mind, am able to recognize, there are yet people who say there is no God. But what makes me really angry is that they quote me for support of such views.” (c. 1941)
*
“I’m not an atheist.” (1930)
*
“Try and penetrate with our limited means the secrets of nature and you will find that, behind all the discernible concatenations, there remains something subtle, intangible and inexplicable. Veneration for this force beyond anything that we can comprehend is my religion. To that extent I am, in point of fact, religious.” (1927)
*
“No myth is filled with such life. . . . No man can deny the fact that Jesus existed, nor that his sayings are beautiful. Even if some them have been said before, no one has expressed them so divinely as he.” (1929)

This constitutes Chapter Ten of my book, Science and Christianity: Close Partners or Mortal Enemies? (2010, 301 pages).
*****
Philosophically, God’s existence is something that is reasoned to (as with all other propositions whatever, as well). In a larger epistemology, including religious faith, it is not. I would argue that man is inherently religious (anthropology easily bears this out), so that the religious impulse must be stifled in an atheist. It is already there.
If even rigorous philosophical and scientific minds like David Hume and Einstein look at the universe and immediately sees some sort of Intelligence behind it (though not the Christian God), surely there is something to even Paul’s assertion of the “plainness” of God’s existence, in Romans 1. Hume even stated that “no rational enquirer can, after serious reflection, suspend his belief a moment with regard to the primary principles of genuine Theism and Religion . . .” Einstein made a number of such statements:

My comprehension of God comes from the deeply felt conviction of a superior intelligence that reveals itself in the knowable world. In common terms, one can describe it as ‘pantheistic’ (Spinoza). (Answer to the question, “What is your understanding of God?” Kaizo, 5, no. 2, 1923, 197; in Alice Calaprice, editor, The Expanded Quotable Einstein, Princeton University Press, 2000, 203)

Now, I would ask an atheist: whence comes Einstein’s “deeply felt conviction”? Is it a philosophical reason or the end result of a syllogism? He simply has it. It is an intuitive or instinctive feeling or “knowledge” or “sense of wonder at the incredible, mind-boggling marvels of the universe”. Atheists don’t possess this intuition, but my point is that it is not utterly implausible or unable to be held by even the most rigorous, “non-dogmatic” intellects, such as Einstein and Hume. And the atheist has to account for that fact somehow, it seems to me.

My religiosity consists of a humble admiration of the infinitely superior spirit that reveals itself in the little that we can comprehend about the knowable world. That deeply emotional conviction of the presence of a superior reasoning power, which is revealed in the incomprehensible universe, forms my idea of God. (Calaprice, ibid., 204 / To a banker in Colorado, 1927. Einstein Archive 48-380; also quoted in Helen Dukas and Banesh Hoffmann, Albert Einstein, the Human Side [Princeton Univ. Press, 1981], 66, and in the New York Times obituary, April 19, 1955)

I believe in Spinoza’s God who reveals himself in the harmony of all that exists, but not in a God who concerns himself with the fate and actions of human beings. (Ibid., 204 / Telegram to a Jewish newspaper, 1929; to Rabbi Herbert S. Goldstein of the Institutional Synagogue in New York . Einstein Archive 33-272)

What do atheists think Einstein meant here when he used the word “believe”? Do they think he had an elaborate argument that ended in his conclusion: “I believe in Spinoza’s God”?

I am of the opinion that all the finer speculations in the realm of science spring from a deep religious feeling. (Calaprice, ibid., 206 / Forum and Century 83, 1930, 373)

What does Einstein mean by “deep religious feeling”? Is this a philosophical and/or demonstrable or provable concept? Or is it more like an intuition? How can it be epistemologically justified? How can a man like Einstein hold such a view in the first place, according to the atheist? Perhaps he himself provides an answer of sorts:

It is very difficult to elucidate this [cosmic religious] feeling to anyone who is entirely without it . . . In my view, it is the most important function of art and science to awaken this feeling and keep it alive in those who are receptive to it. (Calaprice, ibid., 207 / Einstein on Cosmic Religion and Other Opinions & Aphorisms, 1931, 48-49)

In what way would an atheist think Einstein would say such people are “deficient”? He denies that a personal God put this knowledge in people, yet on the other hand he clearly assumes it is innate, normal, and self-evident. How can he do that?

[T]he belief in the existence of basic all-embracing laws in Nature also rests on a sort of faith. All the same this faith has been largely justified so far by the success of scientific research. But, on the other hand, everyone who is seriously involved in the pursuit of science becomes convinced that a spirit is manifest in the laws of the universe — a spirit vastly superior to that of man, and one in the face of which we with our modest powers must feel humble. In this way the pursuit of science leads to a religious feeling of a special sort, which is indeed quite different from the religiosity of someone more naive. (To student Phyllis Right, who asked if scientists pray, January 24, 1936. Einstein Archive 42-601, 52-337; from Dukas and Hoffman, ibid., pp. 32-33)

At first, then, instead of asking what religion is I should prefer to ask what characterizes the aspirations of a person who gives me the impression of being religious: a person who is religiously enlightened appears to me to be one who has, to the best of his ability, liberated himself from the fetters of his selfish desires and is preoccupied with thoughts, feelings and aspirations to which he clings because of their super-personal value . . . Accordingly a religious person is devout in the sense that he has no doubt of the significance of those super-personal objects and goals which neither require nor are capable of rational foundation . . . If one conceives of religion and science according to these definitions then a conflict between them appears impossible. For science can only ascertain what is, but not what should be, and outside of its domain value judgments of all kinds remain necessary. . . . Now, even though the realms of religion and science in themselves are clearly marked off from each other, nevertheless there exist between the two strong reciprocal relationships and dependencies . . . science can only be created by those who are thoroughly imbued with the aspiration toward truth and understanding. This source of feeling, however, springs from the sphere of religion. To this there also belongs the faith in the possibility that the regulations valid for the world of existence are rational, that is, comprehensible to reason. I cannot conceive of a genuine scientist without that profound faith. The situation may be expressed by an image: science without religion is lame, religion without science is blind. . . . a legitimate conflict between science and religion cannot exist. . . . But whoever has undergone the intense experience of successful advances made in this domain is moved by profound reverence for the rationality made manifest in existence. By way of the understanding he achieves a far-reaching emancipation from the shackles of personal hopes and desires, and thereby attains that humble attitude of mind toward the grandeur of reason incarnate in existence, and which, in its profoundest depths, is inaccessible to man. This attitude, however, appears to me to be religious, in the highest sense of the word. (“Science and Religion”: Address at the Conference on Science, Philosophy, and Religion in Their Relation to the Democratic Way of Life, New York, 1940; in Ideas and Opinions [Crown: New York, 1954, 1982], p. 46; also published in Nature, 146: 605-607 [1940] )

In view of such harmony in the cosmos which I, with my limited human mind, am able to recognize, there are yet people who say there is no God. But what makes me really angry is that they quote me for support of such views. (Ibid., 214 / reply to German anti-Nazi diplomat and author Hubertus zu Lowenstein around 1941. Quoted in the latter’s book, Towards the Further Shore, London, 1968, 156)

Then there are the fanatical atheists whose intolerance is the same as that of the religious fanatics, and it springs from the same source . . . They are creatures who can’t hear the music of the spheres. (Ibid., 214 / 7 August 1941. Einstein Archive 54-297)

I have found no better expression than ‘religious’ for confidence in the rational nature of reality, insofar as it is accessible to human reason. Whenever this feeling is absent, science degenerates into uninspired empiricism. (Ibid., 216 / To Maurice Solovine, 1 January 1951. Einstein Archive 21-474; published in Letters to Solovine, 119)

Many similar utterances of Einstein can be found:

I do not believe in a personal God and I have never denied this but have expressed it clearly. If something is in me which can be called religious then it is the unbounded admiration for the structure of the world so far as our science can reveal it. (Letter to an atheist [24 March 1954] as quoted in Albert Einstein: The Human Side [Princeton University Press: 1981], edited by Helen Dukas and Banesh Hoffman, p. 43)

[Joyce Aronson Inc.; Northvale, New Jersey; 1997], p. 24)
*
The idea of a personal God is quite alien to me and seems even naive. However, I am also not a “Freethinker” in the usual sense of the word because I find that this is in the main an attitude nourished exclusively by an opposition against naive superstition. My feeling is insofar religious as I am imbued with the consciousness of the insufficiency of the human mind to understand deeply the harmony of the Universe which we try to formulate as “laws of nature.” It is this consciousness and humility I miss in the Freethinker mentality. Sincerely yours, Albert Einstein. (Letter to A. Chapple, Australia, 23 February 1954; Einstein Archive 59-405; also quoted in Otto Nathan and Heinz Norden, Einstein on Peace [Random House Value Publishing; Avenel 1981 edition], p. 510) 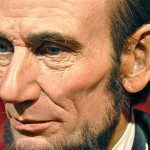 July 18, 2017
Were Abraham Lincoln and Mark Twain Atheists?
Next Post 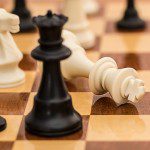 July 19, 2017 Deconversion: Mini-Debates with Several Zealous Atheists
Recent Comments
0 | Leave a Comment
Browse Our Archives
get the latest from
Biblical Evidence for Catholicism
Sign up for our newsletter
POPULAR AT PATHEOS Catholic
1