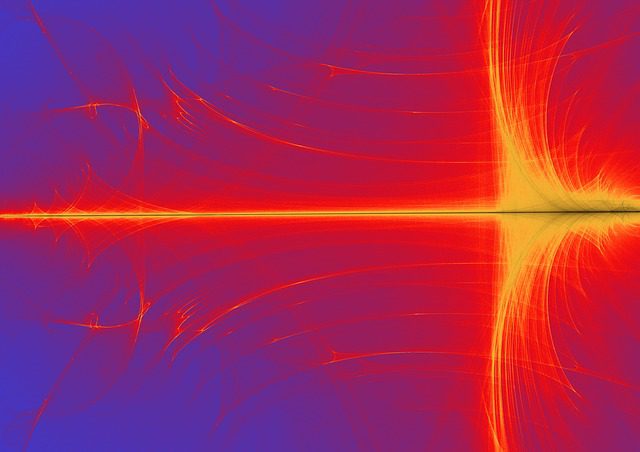 This is a little (but idea-packed) discussion about these issues in one of my blog comboxes with three atheists (with one getting testy). Their words will be in blue (“Illithid”), green (“islandbrewer”), and purple (“Stupid Atheist”):

Thanks for linking to your atheism index [link], I may have missed it before. It seems we have different ideas of what “evidence” is, despite my agreement with your definition above.

Your article on atomism [link; see also the explanatory follow-up] as the atheist faith was puzzling. We can see matter and energy doing the things they do. We can’t demonstrate that no supernatural entity causes or guides observed events, but we can’t demonstrate that the planets don’t have angels pushing them around their orbits, either.

It’s irrelevant to say that we can observe matter doing stuff when the question I was probing was, “how did it come to have these amazing properties of inventiveness and ‘creation'”? Atheists don’t have a clue, but they don’t seem to care. In any event, it’s blind faith (or if you prefer, a complete mystery) to believe that atoms could do all that on their own, out of the initial chaos of the Big Bang.

It’s not that I don’t care. I just don’t think your answer is correct. Matter, as far as I’m aware, has indeed coalesced into stars and planets, nucleic acids, living cells, and us, with no indication of having been guided by intelligence. I don’t know all the details, and some things are still not well understood; abiogenesis is an exciting field of research with some good hypotheses but no solid theory thus far. Answers are being sought, and found, but it does take time and effort.

There are mysteries (small “m”), by which I mean there are things we don’t know. We may not ever answer every question we have now (certainly I won’t live to see that). But my position on your claims is simple. I don’t know all the answers, but I don’t see good reason to accept any god as an explanation for anything. I have examined the evidence and arguments presented for Christianity, including Catholicism, and found them unconvincing. Therefore, pending better evidence or arguments, I forbear from accepting your answer.

This is not faith.

And as I have argued: atheists think matter inherently has all these remarkable qualities of self-transformation (making matter, in effect, quasi-omnipotent and quasi-omniscient). We say that that requires even more faith than belief in a God Who set the wheels of creation of the universe in motion, with the blueprint of design and henceforth naturally operating laws and mechanism.

Well, I think we’ve arrived at an impasse, so I’ll stop this line of debate before we start repeating ourselves. I’m curious, though: do you consider that the potential for matter to express itself in the various ways we observe (including the existence of observers) to have been simply built into physics by God, or do you also posit direct divine action in things like planetary or star formation, the origin of DNA, the development of multicellular life, and speciation?

I’m not trying to steer you into some rhetorical trap, I’m just wondering. Admittedly, I may come up with one later, depending on your answer, but I don’t have one in mind right now.

… atheists think matter inherently has all these remarkable qualities of self-transformation (making matter, in effect, quasi-omnipotent and quasi-omniscient).

I have never ever heard anyone ascribe these properties (and what exactly is “quasi-omniscience” or “quasi-omnipotence” anyway?) to simple matter.

Could you link to someone who has made these claims? It’d be terrible to accuse you of erecting a strawman.

Satire exaggerates and is not literal . . .

Sorry, but claiming “satire” as a shield every time you make a ridiculous claim and people call you on it is a bit wearisome, particularly if you claim you want an actual discussion.

It’s a bit like Anne Coulter saying all liberals should be murdered, then claiming it’s “just a joke” when people call her on it.

Oh, so you would have understood her statement as a literal one before she clarified it? And you thought I was literally claiming that atheists use this sort of terminology in describing their own views?

It appears a conversation isn’t possible here, then.

First of all, I was referring back to my post on “atomism” as the theist worldview, which was satire and clearly stated to be so. That paper (a very “controversial” one) has been commented upon by many atheists lately, and Illithid, at the start of this sub-thread, referred to it, as my “article on atomism as the atheist faith.”

Thus, this was the initial context, and what I was referring back to (because the paper in its satire talked about matter being “gods” and “omnipotent” etc.).

Secondly, I was not claiming that atheists literally used those terms. I was using a logical reduction (indicated by the words, “making matter, in effect, . . .”).

Thirdly, in asserting what I think is the logical reduction (which is not what an atheist himself would say), I also used the qualifier “quasi.”

When I answered you I was assuming that it was understood that this sort of language came from my “atomism” paper. In any event, these are my clarifying thoughts, for whatever they are worth, explaining exactly what I had in mind. The claim I made was not “ridiculous” at all. What is ridiculous here, is you calling my descriptions ridiculous, without fully understanding how I was using them.

The view that matter, starting from the Big Bang, inherently has all the qualities within itself, without the necessity of any God / Designer, is, precisely ascribing to matter what Christians ascribe to God. Yet even so, I didn’t assert a one-on-one equivalence: by using the terminology of “quasi-omnipotent and quasi-omniscient.”

You can, of course, try to deny that “matter inherently has all these remarkable qualities of self-transformation.” If so, where does it come from? And if it is all self-generated, how is it any essentially different (in both potentiality and result) from what Christians say about God: He created all there is because He is omnipotent (all-powerful) and omniscient (all-knowing)? I think it’s a fairly close analogy.

Minus a God, all there is has to be explained as a result of the inherent properties of matter. Therefore, it can be said in a sense that matter is then regarded as omnipotent and omniscient: exactly how we ascribe such things to God, since matter alone produced all of the universe that we now observe.

Is it fair to conclude that neither of us has a well-defined evidentiary standard toward the question[s] of God’s existence [or non-existence]?

No. I was only talking about falsifiability. I think belief in God and Christianity is as a result of an accumulation of hundreds of various reasons and many arguments (many of which I have written about).

It’s like being asked, “why do you love your wife?” One can give a summary reason, but there are hundreds of particular reasons.

Fair enough. I’ll re-word then: is it fair to conclude that neither of us has an empirically falsifiable evidentiary standard toward the question[s] of God’s existence [or  non-existence]?

No; I think the cosmological and teleological arguments are at least theoretically falsifiable (show how origins and design are both possible from a materialistic standpoint).

We’d need to mutually agree to presuppose design, and I’m not certain we could. That facet aside though, wouldn’t demonstrating how deities create universes then be a criteria for falsifying the naturalistic origins position?

No more than not knowing how anything began refutes materialistic [i.e., totally “God-free”] evolution. We can only look at what is and then extrapolate back. Either position does that.

So (at least where you and I are concerned) the contrast between our positions doesn’t seem to hint at any sort of double-standard from either dugout.

I agree. You guys are simply mistaken. It is true, on the other hand, that atheists routinely claim that Christians are somehow against reason, and take things in faith (if not blind faith), and don’t like science much, whereas atheists have no such faith and are profoundly ruled in their thinking by reason and [empirical] evidence alone.

I have replied that this is untrue (and here is the double standard, though usually not consciously so): that there are all sorts of evidence and knowledge besides merely empirical and scientific (which are used in everyday life by atheists, just alike anyone else); that science, philosophy, and mathematics all originate with axioms that are unprovable by definition (a sort of faith, as it were), and that atheists have a type of faith in the inherent marvelous capabilities of matter.

In summary, then, both sides like reason and science, and both sides accept things that can neither be proven nor falsified. It’s not “intellectually dishonest and gullible, childlike blind faith vs. sophisticated reason and science”: as the most hostile and polemical atheists would have it. That’s sheer nonsense. 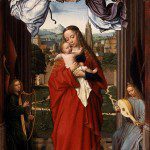 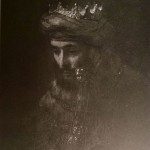 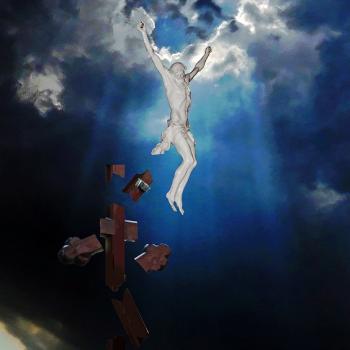