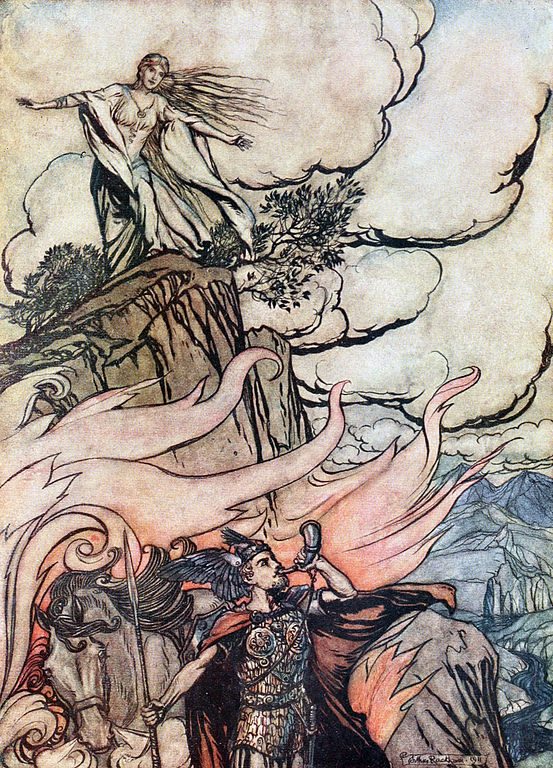 This is from a private correspondence with a very friendly and fair-minded atheist, who goes by the nickname, “Comrade Carrot-Blog Vegetarian.” He has agreed that it would be made public. Unlike the vast majority of atheists I have met online, he is actually curious about my spiritual journey, minus any hint of condescension or the usual atheist views of Christians (that we are ignorant, anti-science, given to following a myth-like God akin to leprechauns, irrational, pretentious and bigoted, etc.). Bottom line: it’s great discussion within a friendship that has constructive value. This is what it’s about: simply talking and listening to each other. It’s entirely possible: at least with the right kind of person on both sides. His words will be in blue. My wife Judy’s words will be in green.

See the first installment: Dialogue with a Friendly Atheist #1: My Pagan / Occultic Period (8-3-17)

As regards my own experiences, my memory is rather spotty as to several details of my conversion/deconversion history. Much of it is still there, but probably not in order, and not with enough clarity to construct the sort of organized narrative that would make for a good story. I did have the foresight to document many of my thoughts and experiences at the time which would help immensely. Unfortunately, I believe those notes to be buried in some obscure file on one of the several dozen hard drives which are somewhere in my possession. Hopefully one of these days I’ll get the time to track it down while it’s still recoverable. I’m sort of uncomfortable immortalizing very many details of my personal life on a blog post anyway. I have a rather limited online presence (no Facebook…etc). If there was something in particular that interests you however, I don’t so much mind sharing my thoughts or views generally, or having more of an abstract conversations about some of my experiences.
*

Fair enough. You seem to have had firsthand experiences of sehnsucht or something like that (and to know a lot about C. S. Lewis), in addition to your reactions to music, that you alluded to (apparently similar to my own, as regards Wagner). Any of that would be of high interest to me. But I don’t want to make you feel that you are “exposing your thoughts” against your will (i.e., in public).

I don’t know anything about your past thus far, except little hints that you have revealed in our present discussion. I assume you were some sort of Christian.

Anything along the lines of speculations about subjective internal feelings and emotions and imaginative aspects generated by nature or music and how that is interpreted, minus God or even “spirit” of any sort would be extremely interesting to me. We have the experiences in common, and I think most human beings have these sorts of feelings. Explaining and interpreting them is the fascinating thing.

I was mostly taking advantage of your offer to indulge some of my curiosities about your response to my initial comment on Pearce’s blog :-) But you’re welcome to probe a bit if you’d like. I’m not completely sure which topics were of interest to you aside simply from accounts of an atheist’s deconversion.
*

What I mentioned above would be some of those, and anything regarding deconversion and what causes it to occur in a Christian who winds up in agnosticism and atheism. So we’ll just go wherever you want to go.

I just uploaded my old compilation about sehnsucht to Patheos. It was on Internet Archive only. I’ll be transferring several of the papers on my Romanticism web page to Patheos. It’s a long process, because I have so much older material from Blogger or even older website formats sitting out there: now in obscure places. Talking about any of the thoughts there — perhaps more abstractly and less “personally” (as you like) — would be a lot of fun.

This is truly extraordinary analysis of music: some of the best I have ever read, and I’ve read a lot about it, believe me (but perhaps not much along the lines of actual aesthetic analysis). I can literally do nothing here but bow to your terrific eloquence and thoughtfulness. It’s way beyond anything I have even thought about music, so I am thrilled to read such things. I do resonate with it. As I said, I find it very difficult to write about the experience or aesthetics of music (as opposed to the music itself, that I write a lot about). Perhaps someone who reads and/or writes fiction (I don’t) can do much better, because that’s all about descriptions and adjectives and word pictures.

You can do it, being a collector and producer and lover of sounds, and also having thought about things like sehnsucht. Listening to Wagner elicits these sorts of things in me, and it goes into mythology and mysticism, too (if that is something different). Kudos again for these amazing descriptions. I totally agree!

Your wife though has a rather unique response to music that I became intensely curious about upon reading. I don’t have anything like that experience, nor can I recall having heard anyone mention anything like it before. The divide between music and the visual arts in modern aesthetics is generally considered to pretty clear, mostly for straightforward reasons. It occurs to me that experiences like hers threaten to break quite a few theories! I’m going to do some digging and some chewing-over on this when I get the time. I also appreciate the links regarding theistic romanticism. Large portions of that are new to me, and I plan to dig into that too.
*

I went and asked my wife Judy and here’s what she said (basically transcribed):

It’s an exhilarating yearning for something beyond this world, and a sort of ecstasy, and seems to take me to other worlds, almost like a near-death experience; other-worldly, beyond the imagination. I envision things like a photographer sees photographs. An example would be seeing the clouds at sunset with beautiful colors, but more vivid. Everything’s exaggerated: the colors and beauty and contrast, etc. Or, like a forest with the sun filtering through it on a misty day. Or reaching heights on a mountain, analogous to emotions.

I asked her specifically about what she sees when listening to Beethoven’s Ninth Symphony:

I see shiny brass instruments with the sun creating patterns on them that dance.

And Mahler’s First Symphony (one of our favorites):

Yearning and longing for something; not as visual. But during the funeral march with animals, I see the animals doing the whole scene, with the female animals all dressed with rings of flowers and dressed in spider webs. The finale is like utopia and other-worldly: fields of flowers, with butterflies, like heaven.

Wagner’s Forest Murmurs is her favorite Wagner piece. Here is how she describes hearing that:

I picture a fawn lying in the dewy grass and the sun is beginning to rise and all the animals are sleeping with little blankets. They start to look out as the sun rises, and it turns into a wedding. It’s the feeling of being in love. The deer represent young love and it becomes deeper love as the piece goes on.

And the Rhine Journey:

Sparkling water: pretty blue-green, with purple. It looks like shiny pennies floating on the water, sparkling in the sun.

Typical funeral march like in England in the 1800s.

Gustav Holst’s The Planets (one of our very favorites of classical):

Like a psychedelic trip: swirls of colors and shapes and sounds. Seeing ice or glass shattering [cooler planets].

She says, generally, that “I always picture something, when someone says something or when I hear music.”

She loved and highly related to your four paragraphs about music, above, as I did.

For classical music, one of the most amazing and emotion-invoking moments, in my opinion, is in Mahler’s 10th Symphony: the Adagio or 1st movement (You Tube: Leonard Bernstein with — I think, VPO). It reaches an incredible climax at 18:20, and then it gloriously proceeds along till 19:00, when the orchestra hits The Chord: spectacularly dissonant and what I and not a few others regard as perhaps the most terrifying moment in all of music. It’s great to see Lenny conduct it, too: the one to whom Mahler meant so much and the conductor who was most responsible for introducing Mahler into the mainstream repertoire in the 1960s (not to mention also being a secular Jew after the Holocaust). What does he feel in these moments, I wonder!? Commenters at the link say things like:
*
This symphony evokes so much emotion, it’s hardly bearable.
*
Comparable to nothing else — and so beautiful — it brings you to an other dimension of recognition and self-understanding — unbelievable!
*

At MusicWeb, commentator Tony Duggan described this section as follows:

The movement’s central crisis is where a searing brass chorale is followed by a shattering dissonance crowned by the long note on the solo trumpet that pierces the symphony like a hypodermic full of poison. From then on the symphony’s world-view is never the same again. Here Mahler is almost mapping his own and Europe’s psychic landscape at one and the same time.

All that with simply abstract music! Mahler’s 9th Symphony is equally intense and emotional. We know what he was going through. He had lost a child; now he was dying, and his marriage was shattered. We get to hear it in person at the DSO in December: having heard the 1st and 2nd in the last few years. I also get to hear Ring music in concert for the first time, next January. I guess the anti-Semitic associations of Wagner cause it it to be rarely played. But it’s certainly recorded a lot. So at age 59 I get to finally hear excepts at the symphony.***** 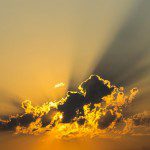 August 7, 2017
Argument for God from Desire: Atheist-Christian Dialogue
Next Post 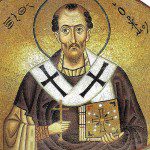 August 8, 2017 St. John Chrysostom (d. 407) vs. Sola Scriptura as the Rule of Faith
Recent Comments
0 | Leave a Comment
Browse Our Archives
get the latest from
Biblical Evidence for Catholicism
Sign up for our newsletter
POPULAR AT PATHEOS Catholic
1