St. John Chrysostom (d. 407) vs. Sola Scriptura as the Rule of Faith 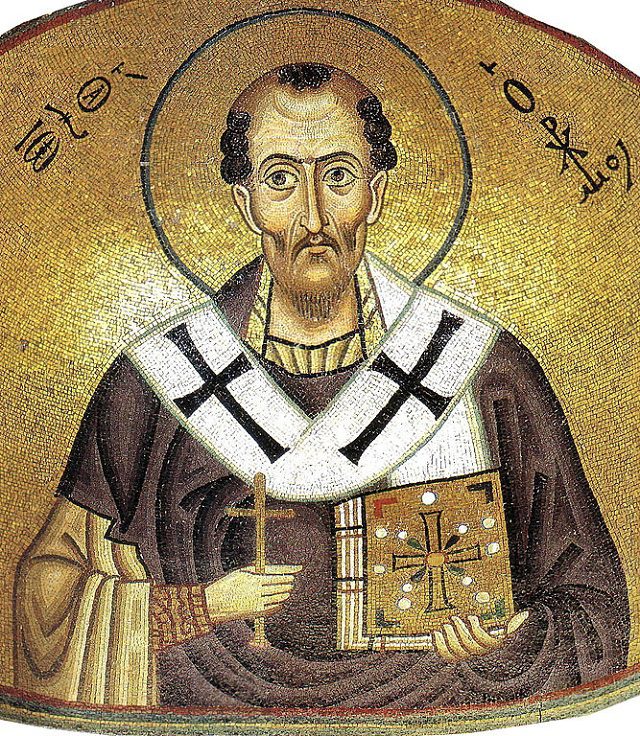 But John Chrysostom said that each individual should read scripture and interpret it for himself:

“Let us not therefore carry about the notions of the many, but examine into the facts. For how is it not absurd that in respect to money, indeed, we do not trust to others, but refer this to figures and calculation; but in calculating upon facts we are lightly drawn aside by the notions of others; and that too, though we possess an exact balance, and square and rules for all things, the declaration of the divine laws? Wherefore I exhort and entreat you all, disregard what this man and that man thinks about these things, and inquire from the Scriptures all these things” (Homilies on Second Corinthians, 13, c. 7, v. 1)

Let’s assume with Jason, for the sake of argument, that this indicates his belief in a key plank of sola Scriptura: the ability of the individual to interpret for himself without necessary aid from some semblance of binding corporate Christian authority. Now, assuming that, how does a person holding to his alleged beliefs on the subject explain the following “counter-evidence”?:

“That ye remember me in all things, and hold fast the traditions, even as I delivered them to you.” It appears then that he used at that time to deliver many things also not in writing, which he shows too in many other places. But at that time he only delivered them, whereas now he adds an explanation of their reason: thus both rendering the one sort, the obedient, more steadfast, and pulling down the others’ pride, who oppose themselves. (Homily XXVI on 1 Corinthians; commenting on 1 Corinthians 11:2)

Thus, St. John Chrysostom is stating that some of these “traditions” St. Paul refers to were “not in writing.” And the Bible says we are to “hold fast” to them. This is impossible in a sola Scriptura view because it would be considered “unbiblical” by definition and therefore not binding; therefore one could not “hold it fast.” Conclusion: he cannot possibly believe in sola Scriptura if this is his opinion. He comments in similar fashion on the related verse, 2 Thessalonians 2:15:

“So then, brethren, stand fast, and hold the traditions which ye were taught, whether by word, or by Epistle of ours.”Hence it is manifest, that they did not deliver all things by Epistle, but many things also unwritten, and in like manner both the one and the other are worthy of credit. Therefore let us think the tradition of the Church also worthy of credit. It is a tradition, seek no farther. Here he shows that there were many who were shaken. (On Second Thessalonians, Homily IV)

Not by letters alone did Paul instruct his disciple in his duty, but before by words also which he shows, both in many other passages, as where he says, “whether by word or our Epistle” (2 Thess. ii. 15.), and especially here. Let us not therefore suppose that anything relating to doctrine was spoken imperfectly. For many things he delivered to him without writing. Of these therefore he reminds him, when he says, “Hold fast the form of sound words, which thou hast heard of me.” (Homily III on 2 Timothy – on 2 Tim 1:13-18)

He even appeals to an apostolic unwritten tradition of intercessory prayers for the dead:

Not in vain did the Apostles order that remembrance should be made of the dead in the dreadful Mysteries. They know that great gain resulteth to them, great benefit; for when the whole people stands with uplifted hands, a priestly assembly, and that awful Sacrifice lies displayed, how shall we not prevail with God by our entreaties for them? And this we do for those who have departed in faith, . . .[NPNF Editor’s note: “The reference doubtless is to the so-called ‘Apostolical Constitutions,’ which direct the observance of the Eucharist in commemoration of the departed”] (On Philippians, Homily 3)

. . . it was no object with them to be writers of books: in fact, there are many things which they have delivered by unwritten tradition. (On Acts of the Apostles, Homily 1) 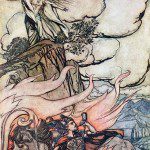 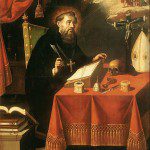 August 8, 2017 St. Augustine (d. 430) vs. Sola Scriptura as the Rule of Faith
Recent Comments
0 | Leave a Comment
Browse Our Archives
get the latest from
Biblical Evidence for Catholicism
Sign up for our newsletter
POPULAR AT PATHEOS Catholic
1

Catholic
The Papacy & Infallibility: "Keys of the Kingdom"
Biblical Evidence for Catholicism
TRENDING AT PATHEOS Catholic