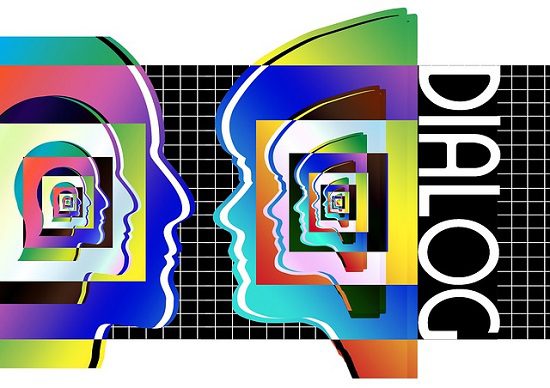 The following dialogue is a continuation of my earlier interaction with Mr. O’Keefe: Are “Old” Pro-Lifers Racists & “Anti-Woman”? His words (posted on my Facebook page) will be in blue:

A few days ago, I wrote about a bitter division within the pro-life movement – people who defend Trump with little or no critical distance, versus a determined band of reformers. The reformers, of course, are in the minority: hence the reform.

Dave Armstrong was upset, and listed some complaints.

I tried to make a clear suggestion: after Charlottesville and the Arpaio pardon, pro-lifers who want to maintain any credibility must put some distance between Trump’s views and their own promptly (or, failing that, asap). It seems to me that Armstrong’s response lacked a clear focus.

So here’s a response to some or all of what seemed significant to me in Armstrong’s arguments.

First. It seems to me that it is a colossal mistake to assert that: (1) the only way to protect children is to reverse Roe v. Wade,

Thanks for your reply.

I never made that assertion in my current dispute with you, nor do I believe it, so it’s a non sequitur, and you’re arguing here with someone other than myself. My position is that it would be good for Roe to be reversed (of course), but that if it ever is, it’s a long ways off (I have usually said it would be after I’m dead, and I’m 59), and will necessarily have to be preceded by a massive societal revival, along the lines of the Wesleyan revivals or the two Great Awakenings.

Secondly, you seem to have missed the central assertions of my facts-based arguments regards legal matters and abortion. My argument was not related to reversing Roe at all; rather, it was about legislating whatever restrictions we can by virtue of the SCOTUS cases which allowed us to do so (Webster vs. Reproductive Health Services in 1989 and Planned Parenthood vs. Casey in 1992).

As I noted in my reply, 300 such laws have been passed in the last five years alone, and even the pro-aborts admit that these have played a key role in the reduction of numbers of abortions.

Thus, this is saving many thousands of babies’ lives, short of reversing Roe v. Wade. For some inexplicable reason, the “new pro-life” or “whole pro-life” movement seems to be blind to these remarkable advances and continues to assert the stupefying idea that Democrats and Republicans are exactly alike, or (worse) that overwhelmingly pro-abortion Democrats will actually promote a more pro-life society (which, to me, is absolute ludicrosity).

There are many other ways to save lives, too, of course. Blocking clinics (as we both have done), sidewalk counselors and prayer at clinics, crisis pregnancy centers (my good friends Al and Sally Kresta were instrumental in getting them going in my metro Detroit area), education, economic opportunity, dialogue, great movies like Bella, etc.

and (2) the only way to do that is to change the Court,

That’s obviously required, in order to reverse Roe, if that is what’s being talked about, but again, it’s a long ways off. In the meantime, it’s good to get pro-life Justices.

and (3) the only way to do that is to elect and then support Trump.

That’s patently obvious and self-evident, too. We know that any Justice Hillary would have put in there would have been a pro-abort. If you had had your way in the election, the fifth pro-abort would be there right now, and the first case that came along could have potentially overturned literally hundreds of abortion restrictions. That would cause many more babies to die, and would have been a direct result of the folly of voting Democrat and thus getting more abortion.

Why this even has to be argued is a true marvel of tragically confused and mistaken thinking.

I argue that the pro-life movement has been committed for decades to a strategy that is certain to fail.

Really? A reduction of abortion by at least a third is a failure? 300 restrictive laws in the last five years is a failure? Hundreds of thousands of lives have been saved and will continue to be, especially if Trump is re-elected and we get more vacancies on the Court. With the next one we have a good chance to have a five-person pro-life majority on the Court and to get rid of Justice Kennedy’s mixed, swing-vote routine. Kennedy, you’ll recall, was the replacement for Robert Bork, after Bork was Borked and savaged by the Democrats,

The strategy is education-to-legislation, or a slightly amended version, education-leading-to-a-change-in-the-law (through the courts). In the entire recorded history of the human race, there is not a single example of a massive social evil deeply entrenched within a society that was ended by this strategy.

Really? That’s not my understanding. Slavery was ended in England by this method. To a large extent, education ended slavery here (Harriet Beecher Stowe, the abolitionists, Lincoln), Jim Crow and segregation were ended through long campaigns of education. I think also, the abomination of child labor, the women’s vote, the Civil Rights and Voting Rights Acts, etc. When Constantine legalized Christianity, that put an end to a host of evils; if not right away, certainly over time. So I don’t grasp your historical contention on this one.

But I’ll be glad to read your lengthy thoughts on that, if I can get them for free. :-)

The strategy has never worked, and never will work. And at this time, millions of good people are hoping that Trump will make it happen. They are asking a fraud to do the impossible. I think that’s foolish.

I started writing about this problem in 1977. The argument I make is available on line. It’s lengthy, about 20,000 words. Part Two, of Emmanuel, Solidarity: God’s Act, Our Response. (Available from Amazon or Kindle.) [link]

It may be useful to look also at some ideas about how to get started after some serious blunders. See Six Pre-Reqs. It’s a short book with several essays (about 32,000 words). (Also available from Amazon or Kindle.) [link]

Second. Armstrong argued that no pro-lifer can possibly trust me, because of my vote in 2016. I would be grateful if you would read one or two short pieces [link / link] before assaulting my credibility based on this decision. Fortunately, these are short, about 800 words on how I made my decision to vote, and about 450 words outlining why I think that Trump’s election will bring us more abortions than the election of Hillary would have.

My response was primarily rhetorical, though admittedly it was very hard-hitting. But it was that because of your initial criticisms sent my way. You started out with the absurd assertions that a majority of us in the “old” pro-life movement are “anti-woman” and/or racist.

You started the schtick about us supposedly losing “credibility” on all kinds of grounds, using the word no less than seven times in your polemics. Therefore, in response to that onslaught, I replied:

If anyone has lost credibility on the pro-life issue, and the moral high ground, it’s you, by voting for rabid pro-abortionist Hillary Clinton. You couldn’t even vote third party, for a pro-lifer, to make your “statement”. You had to vote for the Planned Parenthood Champion of the Century.

The rhetorical nature of the reply is apparent in its familiar form, “If anyone . . it’s you . . .”

I actually have a great deal of respect for you, having read your book about Joan Andrews back in the day (I was almost in jail with her in Vermont in 1990, but I never made it to jail, for whatever reason. I was there for over a week ready and willing, but they never had a rescue).

That’s why I started out saying that I was saddened to hear that you would vote for such a vehement pro-abortion candidate. I do think it’s indefensible. But it’s not personal at all. It’s strictly based on my pro-life principles, developed these past 35 years.

Thanks for the links to the four articles. I will read them with interest. And I will likely reply.

And third. Armstrong and I agree that it is unfortunate when pro-lifers are locked in a fight with each other. We also agree that Pat Mahoney is a remarkable individual. So if Armstrong is willing to do the following, I am too. Put the sharp disagreement between us in Pat’s hands, not asking him to resolve all the issues, but asking him what to do now about the fight. I’ll do what Pat says.

I don’t see this as personal at all, so I see no need whatever for a mediator. I’m simply replying to your arguments, and you are doing the same back. No one can ever understand others who are different or achieve unity with them in Christ and His Church, without dialoguing. I’m a big believer in it, and so I appreciate your willingness to interact, sharp though our disagreement indeed is. 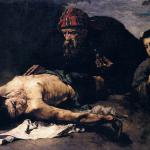 August 31, 2017
THIS "Conservative" is VERY Passionate About Social Justice
Next Post 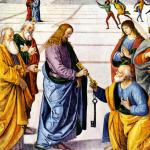 September 1, 2017 Reply to Critique of "50 NT Proofs for the Papacy" (vs. Jason Engwer)
Recent Comments
0 | Leave a Comment
Browse Our Archives
get the latest from
Biblical Evidence for Catholicism
Sign up for our newsletter
POPULAR AT PATHEOS Catholic
1