8 Ways in Which the Devil Successfully Divides Catholics 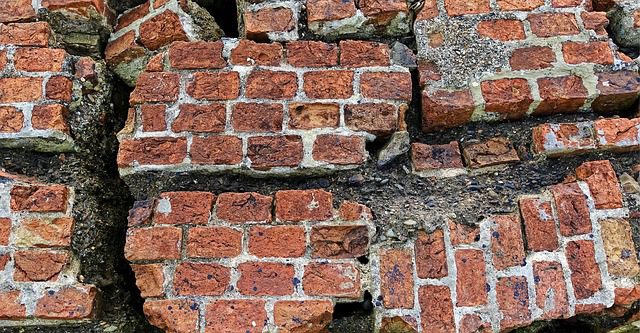 Luke 11:17 (RSV) “. . . Every kingdom divided against itself is laid waste, and a divided household falls.”

Putting on my “sociological” hat for a moment . . .

1. Orthodox vs. Liberal For some 150 years or so now (after the infiltration of Protestant liberalism into the Church), we have had the divide between orthodox Catholics (who follow all that the Church teaches and requires) and theologically liberal / dissident / modernist Catholics, who outright deny required dogmas, or who arbitrarily pick and choose what they will accept (“cafeteria Catholics”). Many of these are also nominal Catholics, too, or “CINOs” (“Catholics in name only”). Liberals (who like to call themselves “progressives”), in turn, often derisively call orthodox Catholics “fundamentalists.”

2. Cradle Catholics vs. Catholic Converts This is the least of the divisions, but there is a definite strain of some cradle Catholics being opposed to (with a tendency to outright prejudice towards) convert Catholics, with charges that the converts are still “half-Protestant” and not real, true-blue Catholics. In my observation and experience, this tends to mostly come from the traditionalist and reactionary camps (see #3 and #4).

4. Traditionalist vs. Radical Catholic Reactionary  Some of the traditionalists then split off into the far more divisive camp of radical Catholic reactionaries. I myself coined this latter term (to get rid of the problematic and offensive “radtrad”) in order to distinguish them from what I call “mainstream” traditionalists, who simply prefer the extraordinary form Mass and more traditional aspects of Catholicism, generally. The reactionaries are characterized by constant (and rather extreme) bashing of the ordinary form Mass, popes, Vatican II and ecumenism. They classify anyone who doesn’t toe their line as theological liberals.

5. Pro-Francis vs. Anti-Francis  Recently, we have seen a lot of division and “camps” forming as regards one’s view of Pope Francis. Claims are made that he is a liberal or a heretic or at the very least (a less vehement strain) highly confusing and perplexing.

6. Political Conservatives (incl. Trump Voters) vs. Political Third-Partiers and Liberals (incl. Never Trumpers) The devil thought there wasn’t enough division over Pope Francis, so he encouraged yet another divide, with charges from the more vocal and vitriolic anti-Trumpers that any Catholic who voted for Trump is a terrible Catholic: thoroughly inconsistent regarding Catholic moral and social teaching.

7. “New” Pro-Lifers vs. “Old” Pro-Lifers As if the Trump and Francis divides weren’t scandalous and effective enough; now the devil has brought about this absurd division, with the “new” pro-lifers often insultingly running down what they call the “old” pro-lifers as hopelessly compromised, not really pro-life (more charges of alleged inconsistency), and supposedly caring only about abortion and no other “life issues.”

8. Lay Catholic Apologists vs. Catholic Scholars This is another relatively minor division, but I’ve run across it many times, as an apologist meself. The idea here is that lay apologists have no authority to do what they do. In fact, the Catholic Church has enthusiastically endorsed lay apologetics (as I have documented), and has for a long time. Also, critics of the Church will often cite a theologically liberal Catholic scholar against an orthodox lay apologist, and pretend that this proves that the Church itself is liberal.

One can see how very clever the devil is. Rather than uniting to evangelize the world, and to oppose the world-system, the flesh, and the devil, instead, a great many Catholics spend time devouring each other (above all, online). Jesus predicted this, too. The Church is like a family, and our Lord said, “a man’s foes will be those of his own household” (Matthew 10:36).

In case anyone is wondering, here is my preferred view in each category and/or how I place myself (most of my regular readers would already know):

1. Orthodox, of course (it follows inexorably from the definition of observant Catholic).

2. I’m a convert, but the division is meaningless and completely unnecessary. The thing is to be a Catholic, either by background or decision and change of mind. One can’t determine the environment in which one is born.

3. I think either category is fine, and the Church allows this. I personally have a strong affinity to traditionalists in many ways.

4. Traditionalist is the far better choice of these two, since it is not inherently or intrinsically “oppositional” and/or “exclusivist” and/or “polemical”.

5. I have written a book defending Pope Francis and collected several hundred articles that do the same. I believe it would be good for him to decisively clarify regarding Amoris Laetitia, for those bishops who appear confused about its application. I also think it is wrong to publicly run him down (out of respect for the high office) or write about the division lines being drawn. It’s a matter for bishops and theologians and canon lawyers “behind closed doors” in my opinion, so as to show proper respect and avoid scandal.

6. I’m a political conservative (albeit one who is different in many ways: see my Facebook political description) and Trump voter. I don’t question the orthodoxy of Catholic political liberals (unless they give me theological reason to), though I am very critical of those who vote for a pro-abortion candidate when a pro-life candidate is on the ballot. My big problem with many anti-Trumpers is the way in which they judge the Catholicism of Trump voters (or excessive “Trump enthusiasts” as some put it now). The polemics have long since reached a fanatical and hysterical level in their ranks. That’s not to deny fanaticism among Trump supporters, too, but it’s clearly far more in evidence among the anti-Trumpers, who slavishly follow the media hysteria almost point-for-point.

7. Nor do I deny “new” pro-lifers are truly pro-life. I seriously disagree with them about strategy. We could all simply talk and share ideas as pro-lifers (and I sought to do so in a spirit of fellowship and respect with one who is considered a “co-founder” of the “new pro-life movement” until she cut me off last November), but in my opinion, the problem, again, is a pronounced judgmental streak within the “new” pro-lifers. They feel compelled to often run down the existing pro-life movement (that has made truly extraordinary gains): often questioning commitment and consistency, and they often put descriptions of them in derisive quotation marks; i.e., insinuating that they are not “really” good pro-lifers. This is despicable, and straight from the pit of hell. We can disagree on emphases and tactics, without questioning sincerity, commitment, credentials and bona fides and parroting pro-abort talking points.

8. I’m a (professional) lay Catholic apologist. I don’t have to run down Catholic scholars per se. Apples and oranges. Both / and. I love them. What I do criticize, occasionally, is the heterodoxy of some of those scholars, but that gets back to a divide (#1) that we have to reject, by being orthodox and accepting all that Holy Mother Church teaches. Thus, in so doing, I am rejecting heterodoxy, not scholarship; bad scholarship, not scholarship per se. And likewise, bad apologetics ought to be critiqued, but not apologetics itself, because it is a worthy and Church-approved endeavor.

In general, I think we can constructively talk about all these differences and find common ground (all of us being Catholics!). But it takes two parties to do so. The groups which are concentrating on attacking and condemning other groups with little or no cause, make this discussion — and this divinely and biblically commanded unity — very difficult to have.

I think these negative manifestations are most often (not exclusively!) observed among the reactionaries and anti-Trumpers (who ignore scriptural admonition to “honor rulers”): both strongly tending (in my humble opinion), to extreme views and a pronounced absence of irenicism and conciliatory attitudes.

St. Paul repeatedly condemns divisiveness and contentiousness and factionalism. To condemn those (as I am doing here) is not itself the error that it is rebuking. It’s simply following St. Paul’s model; imitating him (as he urges us to do). In extreme cases, he tells us to separate from divisive folks, but it’s always a last resort, after every possible effort is made to find common ground and maintain friendship and at least mutual tolerance and charity (if not always respect). 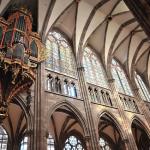 September 7, 2017
Debate on the Nature of the Church & Catholicism (vs. Eric Svendsen)
Next Post 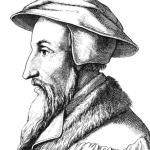 September 10, 2017 John Calvin: Ludicrous Anti-Protestant Sodomy Charge
Recent Comments
0 | Leave a Comment
"You have written well about Erasmus. But, I don't think that is the view that ..."
Prasanth Erasmus-Luther Correspondence: 1517 to 1534
"Thanks for letting me know. I will stop following them from now on."
Prasanth Did Moses Exist? No Absolute Proof, ..."
"Sorry, I just wanted you to react with that. Never expected it to be such ..."
Prasanth Did Moses Exist? No Absolute Proof, ..."
"We didn't but Gnu Atheists need their argumentum ad hominem. Cheers brother."
Jim the Scott Did Moses Exist? No Absolute Proof, ..."
Browse Our Archives
get the latest from
Biblical Evidence for Catholicism
Sign up for our newsletter
POPULAR AT PATHEOS Catholic
1