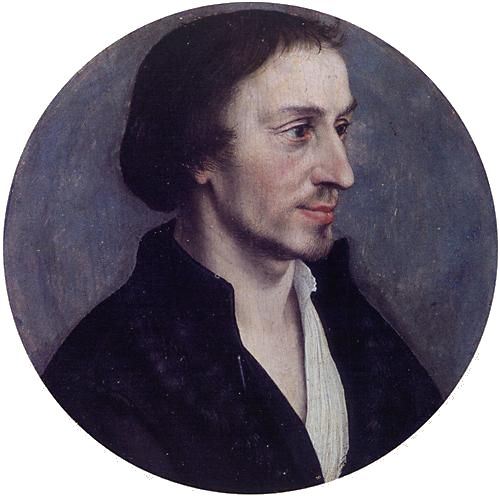 [my highlighting in blue]

Today divisions and endless theological quarrels and divisions (institutionally or in spirit) are winked at and rationalized with drivel such as “primary vs. secondary doctrines” or supposed “agreement on essentials.” The first Protestants understood that schism and division was a huge scandal and cause for regret and misery. For example, Luther’s right-hand man and successor, Philip Melanchthon wrote:

The controversies among the Protestants in the sixteenth century roused all the religious and political passions and cast a gloom over the bright picture of the Reformation. Melanchthon declared that with tears as abundant as the waters of the river Elbe he could not express his grief over the distractions of Christendom and the “fury of theologians.”  (History of the Christian Church, vol. 6, p. 46)

John Schofield, in his book, Philip Melanchthon and the English Reformation (London: Ashgate Publishing, 2006), provides the background context of a similar letter written to the English “reformer” Thomas Cranmer:

. . . having heard of difficult negotiations over doctrine in England, he wrote to Cranmer, lamenting the plight of the church, ‘buffeted as she is with divisions and strife’, and lamenting that she would be buffeted still further if her leaders failed to agree. These calamities, he wrote, brought such sorrow and a ‘greater flood of tears than the waters of our Elbe or your Thames’, all these different theories and all this wrangling, and all the while the true teaching of the ancient church is disregarded. Philip urged Cranmer to deliberate with good and true men, and repeated what he had said in an earlier (probably lost) letter, that the church needed an inclusive, unambiguous declaration of faith and doctrine for the benefit of future generations. (p. 156)

I found an entire English translation of this letter:

. . . the letter of his son Jonas arrived, in which he relates to me a certain conversation of yours, on a Question, by no means obscure, but which has severely shaken the Churches, and will shake them still more severely, because those who bear rule do not seek for true remedies in so momentous a matter.

I do not, however, desire in this letter to do any thing more than express my grief, which is so great, that it could not be exhausted, though I were to shed a flood of tears as large as our Elbe or your Thames.

You see what a multitude of explanations have been elaborated in former times, and are elaborated at this day; because a simple and sincere [appeal to] antiquity is neglected. But I omit a longer discussion at this time, not merely because the messengers are in haste, but because I do not love labyrinths; for you must be aware that it has always been my desire, on many subjects, that every thing should be completely disentangled.

I implore you to deliberate with good and truly learned men, both as to what should be determined, and as to what moderation may be expedient, in the first instance, in teaching. I could have wished, (as I wrote in a former letter,) both with regard to this question and to some other matters, that a Summary of necessary doctrine might be publicly set forth, without any private feeling; after the deliberations and decisions of pious and learned men, brought together for the discussion of those matters: so that no ambiguities should be left to posterity, as an apple of discord.

The Council of Trent makes its crafty Decrees, in order to protect its errors by ambiguous expressions. Such sophistry ought to be far away from the Church. There is not the least absurdity in true things being proposed in right words: both the goodness of the matters themselves, and their perspicuous enunciation, would invite the attention of upright minds in every part of the world.

From the very first, the Stoical disputations in our country concerning Fate, were exceedingly disgusting, and prejudicial to discipline. Wherefore, I beseech you, bend your mind to some such formula of doctrine. . . . (in George Cornelius Gorham [Anglican], Gleanings of a Few Scattered Ears During the Period of the Reformation in England [London: Bell and Daldy, 1857), pp. 42-44)

There is another Latin letter from 1543, in which Melanchthon uses the same “Elbe / tears” metaphor:

To the renown man — Dr. Vitus Theodore, teacher of the Gospel in the church of Nuremberg, my friend and most beloved brother.

When I was pondering my official reply at Regensburg, I decided that I would speak in the introduction about the churches of ancient Germany, which were first established by disciples of the Apostles before the times of the Goths. Among these was Regensburg, which Lucius of Cyrene founded, who was the son of that old man who helped the Son of God carry the cross. Many things could be splendidly said in that introduction to edify the pious men both in that city and indeed in others.

Then I would speak of true invocation and of the true use of the Sacraments, avoiding those contentious matters concerning the adoration of the bread, which you do not wish to avoid. You think both that all things must be said and that no hesitation in making their arguments suits courageous men. I, on the other hand, overlook many things, and constantly yield to arguments. But I know that I am laughed at by many, and I bear this easily. But I would wish that they and others could look into my heart. If I could pour forth as many tears as our Elbe, when full, carries waves, I could not exhaust the sorrow caused by this dissension. May God the eternal Father of our Lord Jesus Christ help us — whom I thank for restoring Lord Jerome to his most honest wife and sweetest children, to your churches and to all of us; and I pray that (God) may keep him safe and may guide him so that he may be a vessel of mercy. Farewell, on the day of the Fall equinox. Philipp Melanchthon. (translated by commenter “Adomnan”) 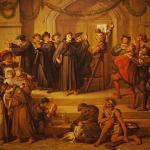 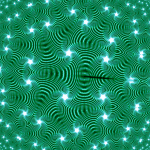 October 11, 2017 Dr. Joseph Shaw Apes "Reformers" ("Ambiguous" Catholic Documents)
Recent Comments
0 | Leave a Comment
"By your interpretation, all people are sinners, therefore they are rotten, therefore they will bear ..."
Mark Johnston Mary’s Immaculate Conception: A Biblical Argument
"And I wrote a counter-response:Dialogue on St. John Chrysostom & Sola Scriptura (Includes a Discussion ..."
Dave Armstrong St. John Chrysostom (d. 407) vs. ..."
"Wrote a response to this article: https://solideogloriaapolog..."
Matt Hedges Justification: NOT by Faith Alone, & ..."
"Wrote a response to this, particularly that you took Schaff out of context: https://solideogloriaapolog..."
Matt Hedges Church Fathers: Closer to Protestantism?
Browse Our Archives
get the latest from
Biblical Evidence for Catholicism
Sign up for our newsletter
POPULAR AT PATHEOS Catholic
1