Dialogue with an Anglican on the Catholic Rule of Faith (vs. Jon Jacobson) 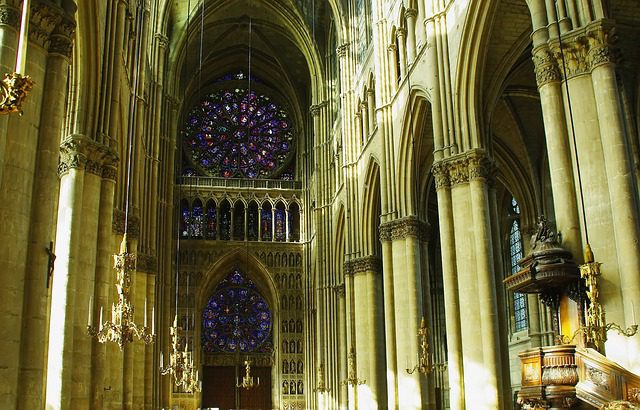 [Jon’s words will be in blue]

I do think Scripture is largely clear PROVIDED people are willing to follow it wherever it leads.

It is largely clear, but not quite enough for hermeneutical and doctrinal unity to be achieved without authoritative Tradition and a Church. In other words, perspicuity as a principle falls short, as it isolates Scripture from its corollaries of Tradition and Church. But I still maintain that most doctrines are fairly clear in Scripture.

I think the evidence is mostly against either hypothesis. I wouldn’t accuse all of the members of the 2,000+ Protestant denominations of not being willing to follow Scripture wherever it leads. Their main problem is they lack the fullness of Tradition.

That’s right; but they also have their own counter-traditions, which color their biblical interpretation, whether or not they are aware of that.

Converts to Catholicism used to promise that they would understand Scripture only according to the definitions of Ecumenical Councils and the unanimous consent of the Fathers; I don’t know if they still promise this.

Councils don’t decide exegesis, they decide on which doctrines are orthodox and which are not. This is a common misconception about the Catholic viewpoint on Holy Scripture.

The Council of Trent instituted this profession of faith for converts to Catholicism: ‘I also admit the holy Scriptures, according to that sense which our holy mother Church has held and does hold, to which it belongs to judge of the true sense and interpretation of the Scriptures; neither will I ever take and interpret them otherwise than according to the unanimous consent of the Fathers.’

As I said, this is not a matter of individual exegesis of every passage, but of doctrinal orthodoxy. No Catholic may interpret a passage in a sense in which some dogma of the faith is overthrown. I don’t see that this is any different from the “restrictions” that all Christian groups place on Bible interpretation, either explicitly or implicitly. If a Calvinist started interpreting passages on election and predestination and limited vs. universal atonement in an Arminian fashion, he would no longer be a Calvinist. If a Baptist started asserting that the Bible teaches infant baptism, he would no longer be a Baptist, etc. So a Catholic who denies the Immaculate Conception or transubstantiation with regard to the biblical data would no longer truly be a Catholic.

The Bible is something all Christians have in common. We all believe it is God’s inspired revelation. It is an objective document and collection of propositional data that we can work with in order to establish some foundational truths for ecclesiology and the basis of authority

Absolutely not. Nothing I said above is inconsistent with magisterial, orthodox Catholicism at all. What you have done is to project Protestant notions onto the statement, as if I believed them myself. I do not. The above comment does not teach sola Scriptura. But it may sound that way to someone who is predisposed to accept that false idea, just as many of the Fathers’ statements appear that way to such a person also, when in fact, they teach no such thing, especially regarded in the context of other of the same Fathers’ remarks about Tradition elsewhere.

I was making an ecumenical statement of methodology (i.e., how we can all best proceed here on a mixed list, in order to have constructive dialogues), not a Catholic (or Protestant) statement of ecclesiology or formal system of authority. That was made very clear in my entire post.

I agree, reasoning primarily from Scripture is a good methodology to convince Protestants of the truths of the Catholic Faith, because it starts from that which Christians hold in common. I also agree with you on the material sufficiency, and formal insufficiency, of Scripture.

“The Bible is held in common and revered by one and all Christians.” Nothing controversial there. It is a simple and obvious fact. That is not sola Scriptura. “We all believe it is revelation.” Ditto. That is not sola Scriptura, either, because inspiration is a different consideration from the relationship of Bible, Church, Tradition, and the individual trying to ascertain true doctrine or the true Church. “The Bible is an objective and propositional document” . . . Of course. That’s why it is so helpful for all Christian Traditions to determine what is true and false doctrinally. In other words, it gives us something we can argue about because it itself is objective in a way that history and patristics can never be. Nothing peculiarly “Protestant” there . . .

The only way you could possibly be getting your impression is by my word “establish.” Perhaps it was a poorly chosen and misleading word. But I didn’t mean it (in context) in the sense that we go to the Bible (and there only) and find the truths and then apply them, but rather, in a rhetorical sense of seeking fundamental biblical truths that we can work with in this ecumenical setting, to determine more complex truths, by means of recourse to that which we all accept: the Bible.

Some of these foundational truths I would point to would be the Bible’s frequent mention of authoritative apostolic “tradition” (especially in Paul) in a positive sense, not merely negative, and its suggestion of an authoritative Church, particularly in the Jerusalem council, in discussions of bishops, and in the papal passages that we have been discussing. I would argue that what we find in the Bible is consistent with Catholic ecclesiology, of course. But the latter is not derived from the Bible alone. We believe it is derived from Jesus and the apostolic Tradition He passed down, which is encapsulated in the Bible, but not confined to it.

Lastly, the Catholic believes in the material (but not formal) sufficiency of Scripture, but this must be understood in conjunction with development of doctrine. All Catholic doctrines can be found in Scripture, either explicitly, implicitly, or by deduction from other explicit teachings. But they will not all be in finally-developed form. They will often be present in kernel form, or as seeds.

Furthermore, no Catholic teaching contradicts the Bible, which is different from the concept of it being explicitly present in the Bible. For example, does the doctrine of the bodily Assumption of Mary into heaven contradict the Bible? No, not at all. In biblical thinking, such an event is entirely possible, and in fact, there are analogies such as Enoch, Elijah being taken up to heaven in a chariot of fire, and Paul claiming he may have gone up to heaven bodily (as well as the belief of dispensational Protestants in a Rapture where bodies will fly up to meet Jesus in the air and go to heaven). So, Mary’s Assumption is quite plausible, in the limited sense of being judged in terms of similar events in the Bible (I am not asserting that this is an airtight “proof” of it).

A contradiction of the Bible, on the other hand, would be something like, “God has four Persons,” or “Jesus was not conceived as a result of Mary being overshadowed by the Holy Spirit, but by natural sexual relations” (which would contradict the Virgin Birth). So in this sense, we say that the Assumption is a biblical concept, not in the sense that it has an explicit biblical proof. But then again, of course sola Scriptura has no explicit biblical proof (or even an implicit one, I say), thus making Protestant appeals to the principle hopelessly incoherent and self-defeating.

Perhaps this reflects an Evangelical background that you have not entirely shed after becoming Catholic,

Not at all, as explained, because nothing I said requires a peculiarly Protestant interpretation. It’s all Catholic stuff.

I recall that Vatican II taught that IT IS NOT FROM THE SCRIPTURES ALONE THAT THE CHURCH LEARNS THE CERTAINTY OF WHAT IS BELIEVED.

Yes. We’re not Protestants. And we believe the Bible, which doesn’t teach sola Scriptura, and renounces it.

We should be able to affirm, of course, that every doctrine of the true Faith is rooted in Scripture.

As Catholics do (as just explained).

But consulting the rest of Tradition (especially that shared by both the Orthodox East and Catholic West) is necessary to understand Scripture properly. Otherwise we’re lost in the sea of subjectivity that you allude to above. 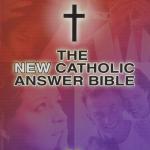 December 2, 2017
The Freedom of the Catholic Biblical Exegete / Interpreter
Next Post 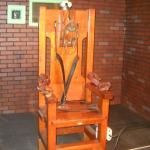