Is Facebook Beyond All Hope As Regards Dialogue? December 10, 2017 Dave Armstrong 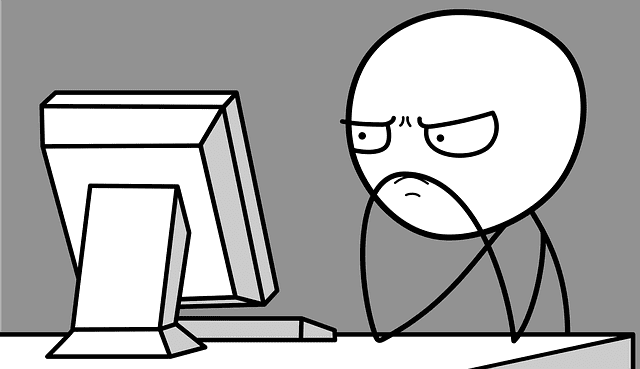 I totally agree that there are very serious problems in the blogosphere, and particularly, these days, on Facebook, which is just about as bad now as the old Internet discussion boards, that I left for good in October 2003 (and explained why at the time).

In 2003, Internet discussion boards were all the rage. Blogging was still relatively new. Facebook is now the most fashionable and trendy thing. I stopped debating anti-Catholics in 2007, too, for the sheer futility of it (with a few rare exceptions), so I understand decisions to not engage certain folks and in certain venues or media.

Nothing that is going on now is all that different. It’s just that the blogosphere became corrupt just like the boards did (and now Facebook). It’s up to us to make each of our pages (of whatever type) normal, congenial places.

We’re in an age of incivility and inability to dialogue, and subjectivism, leading to massive insults and hostility back-and-forth. Anyone who is a serious Catholic or other kind of Christian has to seriously grapple with the nonsense that regularly occurs online, and how to personally deal with it. My own policy (as an 18-year veteran) is to avoid types of folks and venues that have proven again and again to be unedifying and unfruitful, per St. Paul’s advice to avoid stupid controversies, etc.

Also, I am quick to block on my Facebook page, in order to maintain the congenial atmosphere I have on my page, for the most part. It’s a zero tolerance policy that has served the page well. I think that will likely be necessary for anyone who wishes to have serious and congenial discussion online. The ones who refuse to act charitably have to be banned or they will poison it for everyone else. The troublemakers are usually easily identifiable.

It’s sort of like a classroom with unruly kids. There are teachers who can’t handle that and it becomes chaos and madness, and others who can, and control the wild tigers, so that they actually learn.

But you gotta exercise some firmness and control and moderating skills. I moderated a discussion list in the late 90s with Catholics, Protestants, and Orthodox. Then from 2007-2010 I was a staff moderator of the Internet forum for the Coming Home Network. So I know how to moderate. Not everyone does, and those who don’t will have a much higher chance of becoming frustrated and not enjoying their experience online.

The key to all of it is using your time wisely: being wise stewards with regard to time management. Time is short. Life is precious. The harvest is ripe and the laborers are few. Don’t waste your time interacting with fools, simpletons, “preachers”, sophists, polemicists, loudmouths, and spammers. Follow St. Paul’s frequent advice to avoid those who cause division and to refuse to engage in foolish controversies and stupid conversations.

Follow Jesus’ advice to not cast your pearls before swine and to shake the dust off your feet, with those who won’t hear or listen. We can all make those choices! And learn who causes trouble in group discussions. Warn them once very kindly, a second time, if needs be, more forcefully, and then three strikes and you’re out. Quality control; getting the stink out of the house . . .

I think it is working here. It’s possible. All my posts here are public and I have 5,000 friends and 3,000 more followers. It is possible to have normal, constructive, edifying, educational, amiable discussion. We do it here on an ongoing basis and have for three-and-a-half years.

So yes, there are very serious problems online, but no, I don’t think they are at all insurmountable, provided one takes the steps I have recommended (and I’m sure there are other things that can be done, too). In the end, any particular medium can be used for good or ill and it is the responsibility of human beings to use them wisely, and for a good, not evil purpose.

I gave up on discussion boards, because I had no control over them, and I found that the moderation was almost uniformly abysmal: either weak or massively unfair: and that was true of Catholic places as well as Protestant or radical Catholic reactionary, or whatever. At the Coming Home Network, however, we had a zero tolerance policy for insults and nonsense, so that succeeded wonderfully as well, and remains a great venue to this day (a huge exception to the overwhelming rule), thanks to my good friend David W. Emery, who is still head moderator.

That was my model for how I run my Facebook pages and my blog. I can control them and eliminate the garbage and horse manure, so all (except the fools referred to) can have a good experience. Thus, I don’t have to leave either blogging or Facebook. I don’t have the slightest inclination to do so. I’m having a marvelous time on both, provided I do these things I have mentioned to maintain order and civility. I avoid the fools and revilers, the anti-Catholics and radical Catholic reactionaries, the hostile, unserious sort of atheist and their games. It’s not hard to do with a little effort and practice at discernment.

I should mention that if we as individuals have personal problems or faults to work through (related to Internet discourse), such as being insecure, overly sensitive, given to running off at the mouth, or jealousy, or slander, or gossip, or calumny, or detraction, or loss of temper, etc., then that contributes to the problem and has to be resolved before progress can be made. This may entail stricter measures on the part of some to get to the root of the problem that they may be contributing to the larger problem (time away, spiritual exercises, etc.).

If a certain group or person is known to make one run off at the mouth and sin, then said person or group ought to be avoided unless and until that propensity is personally dealt with and resolved, by God’s grace.

Not everyone can “do” controversies or apologetics. Those who can’t must refrain from it, on the basis of it being a stumbling block or occasion of sin for them. But also, we mustn’t assume that no one can do so, just because we may have difficulty doing it.

Legalism isn’t the answer, but rather, vigilance, wisdom, and prudence about one’s own gifts, capabilities, tolerance levels, vulnerabilities, etc.

It’s like anything else: to see how to do something successfully, one must examine where that has occurred and probe to see what the “secret” and the method is, to achieve it. I think my FB page and blog have been successful at this, and I have given the reasons why I believe that is so. These approaches and methods can be applied to other pages successfully as well. 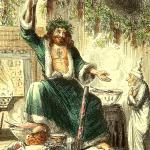 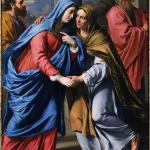 December 11, 2017 December 25th Birth of Jesus?: Interesting Considerations
Recent Comments
0 | Leave a Comment
"The fact is that progressive Catholics are vocal in condemning the bishops even considering denying ..."
Paul Hoffer Cowardly (?) Bishops, Pro-Abort Biden, & ..."
"Excellent. Thanks!"
Dave Armstrong Pope Francis’ Satanic, Demonic, & Hellish ..."
"Hey axelbeingcivil, I am thankful for your conversation that you've been having with Dave.I was ..."
David Diemert Pope Francis’ Satanic, Demonic, & Hellish ..."
"The atheists are undoubtedly tickled pink they found a Catholic priest who agrees with them ..."
Jim Dailey Criterion of Catholic Orthodoxy: Degree of ..."
Browse Our Archives
get the latest from
Biblical Evidence for Catholicism
Sign up for our newsletter
POPULAR AT PATHEOS Catholic
1