Statues in Relation to Bowing, Prayer, & Worship in Scripture 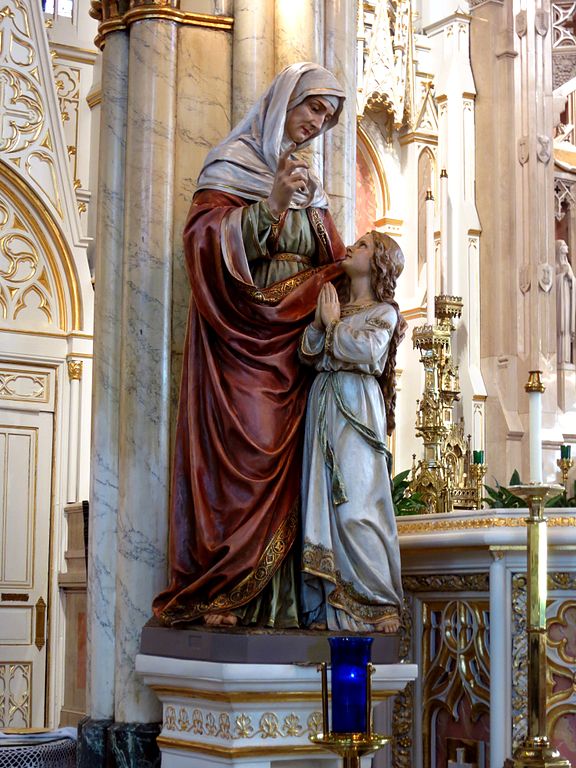 Some Protestants tell us that all such images are “graven images” and “idolatry”. John Calvin thought even statues of Christ were idols. But is it true that they are never connected to prayer, bowing (using them as aids to devotion), or worship in the Bible? No . . .

Now, what exactly are “cherubim”? The Catholic Encyclopedia describes them:

It was commonly used of those heavenly spirits, who closely surrounded the Majesty of God and paid Him intimate service. Hence it came to mean as much as “Angelic Spirit”.  . . .

[T]he Catholic Church undoubtedly holds that there are actually existing spiritual beings corresponding to the name. That Old Testament writers used the word cherubim to designate angels, not merely to express ideas, can be best gathered from Genesis 3:24, where God sets cherubim at the entrance of Paradise. This sentence would bear no sense at all if cherubim did not stand for ministerial beings, differing from man, carrying out the behest of God. Likewise, it is difficult to read Ezechiel and to persuade oneself that the Prophet does not presuppose the actual existence of real personal beings under the name of Cherubim; in chaps. i and x he speaks again and again of “living beings”, and he says the spirit of life was within them, and repeatedly points out that the bodily forms he sees are but appearances of the living beings thus mentioned. The living beings (zoa) so often mentioned in St. John’s Apocalypse can only be taken as parallel to those in Ezechiel, and their personal existence in St. John’s mind cannot be doubted. The frequent sentence also: “who sittest upon the Cherubim” (1 Samuel 4:4; 2 Samuel 6:2; 2 Kings 19; Isaiah 37:37, 16; Psalms 79:2 and 98:1), though no doubt referring to Jehovah’s actual dwelling in the Holy of Holies, yet is better understood as referring to the heavenly throne-bearers of God. There can be no doubt that the later Jews — that is, from 200 B.C. onwards — looked upon the cherubim as real angelic beings; the angelology of the Book of Enoch and the apocryphal Books of Esdras give us an undeniable testimony on this point.

According to Exod., xxvi, 31, cherubim were embroidered on the Veil of the Tabernacle, separating the Holy Place from the Holy of Holies. “With blue and purple and scarlet and fine twined linen” they were made. How many such cherubim were embroidered on the Paroket, or Veil, we do not know. It is often supposed that as this veil screened the Holy Holies, two large-sized figures to represent guardian spirits or keepers were thereon depicted.

According to 1 Kings 6 and 7, cherubim were engraved apparently as an artistic “motif” in wood and metal. The panelling of the Temple, both interior and exterior, was covered with them, as well as with palm-trees and open flowers. The brazen sea was adorned with figures of lions oxen, and cherubim.

According to Ezechiel, xli, 18 sqq., in his visionary description of the Temple, the wall-space of the Sanctuary was ornamented with cherubim and palm-trees,  . . .

This being the case, we know that wherever there is bowing, prayer, and/or worship in Scripture, as related to the ark of the covenant either outside the temple or tabernacle, or in them, that statues (of cherubim / angels) were present. And this is also true of any bowing, prayer, and/or worship in or near the temple. That’s an awful lot of statuary or other images! Yet we are to believe that these most sacred acts of the ancient Jews were fundamentally idolatrous, and that anything even approximating these actions in Christianity is also idolatrous? It strains credulity to the breaking point. Here are the actual relevant biblical passages:

Bowing and Praying Before the Ark of the Covenant (Including Cherubim)

Joshua 7:6-7 (RSV) Then Joshua rent his clothes, and fell to the earth upon his face before the ark of the LORD until the evening, he and the elders of Israel; and they put dust upon their heads. [7] And Joshua said, “Alas, O Lord GOD, why hast thou brought this people over the Jordan at all, to give us into the hands of the Amorites, to destroy us? Would that we had been content to dwell beyond the Jordan!

Worship and Praise Before the Ark of the Covenant (Including Cherubim)

1 Kings 8:5 And King Solomon and all the congregation of Israel, who had assembled before him, were with him before the ark, sacrificing so many sheep and oxen that they could not be counted or numbered. (cf. 2 Chr 5:6)

1 Chronicles 16:4 Moreover he appointed certain of the Levites as ministers before the ark of the LORD, to invoke, to thank, and to praise the LORD, the God of Israel. (cf. Deut 10:8)

1 Chronicles 16:37 So David left Asaph and his brethren there before the ark of the covenant of the LORD to minister continually before the ark as each day required,

Bowing Towards the Temple (Which Included Carved and Painted Cherubim), and Worshiping and Giving Thanks

2 Chronicles 7:3 When all the children of Israel saw the fire come down and the glory of the LORD upon the temple, they bowed down with their faces to the earth on the pavement, and worshiped and gave thanks to the LORD, saying, “For he is good, for his steadfast love endures for ever.”

Psalm 138:2 I bow down toward thy holy temple and give thanks to thy name for thy steadfast love and thy faithfulness; for thou hast exalted above everything thy name and thy word.

Luke 2:37 . . . She did not depart from the temple, worshiping with fasting and prayer night and day.

Acts 3:1 Now Peter and John were going up to the temple at the hour of prayer, the ninth hour.

Hebrews 9:2-7 For a tent was prepared, the outer one, in which were the lampstand and the table and the bread of the Presence; it is called the Holy Place. [3] Behind the second curtain stood a tent called the Holy of Holies, [4] having the golden altar of incense and the ark of the covenant covered on all sides with gold, which contained a golden urn holding the manna, and Aaron’s rod that budded, and the tables of the covenant; [5] above it were the cherubim of glory overshadowing the mercy seat. Of these things we cannot now speak in detail. [6] These preparations having thus been made, the priests go continually into the outer tent, performing their ritual duties; [7] but into the second only the high priest goes, and he but once a year, and not without taking blood which he offers for himself and for the errors of the people.

Moreover, we know that Scripture records several instances of angels being petitioned –in effect prayed to –, and of these prayers being answered; even of men (Abraham) being petitioned (Luke 16). Thus, even though the cherubim are not being prayed to in the instances above, it is not unbiblical — not forbidden — for such a thing to occur. 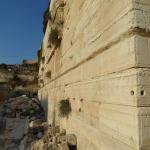 December 22, 2017
Were the "Judaizers" Jewish Christians ("Messianic Jews")?
Next Post 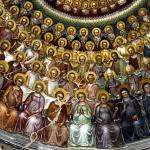 December 26, 2017 Invocation & Intercession of Saints & Angels: Bible Proof
Recent Comments
0 | Leave a Comment
Browse Our Archives
get the latest from
Biblical Evidence for Catholicism
Sign up for our newsletter
POPULAR AT PATHEOS Catholic
1