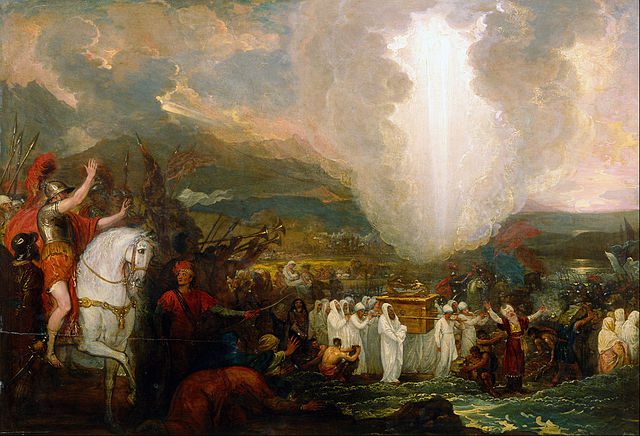 From the first draft of my first book, A Biblical Defense of Catholicism (1994).

Perhaps a bit more reflection on the nature of the ark, the tabernacle, and the temple is helpful at this point, in order to grasp the profundity of the parallelism between these “holy places,” where God is “specially” present (after all, He is omnipresent), and the Blessed Virgin, in whom God in the flesh chose to take up His abode. By analyzing the similarities, one can see how Mary’s Immaculate Conception is altogether in keeping with the typology of Scripture in this regard, and quite appropriate and fitting for one who was granted the unfathomable honor of being chosen as the Mother of God.

[All quoted material below is from Protestant Bible Dictionaries]

Through God’s covenant with the people of Israel he created a holy people, communicating to them his holiness by dwelling in their midst (Deut 7:6, 26:19; Jer 2:3) . . . In every instance, whether with things or people, it was the presence of God that imparted holiness. The Israelites expressed this with particular power in their reverence for God’s `holy name,’ which constituted the actual presence of God with them (Lev 20:3, 22:2, 1 Chron 16:10) . . .When something was holy, it then partook of God’s own holiness . . . Hence angels, because of their proximity to God, are called `holy ones’ (Job 5:1, Ps 89:6-7).

Tabernacle: A portable structure that the Israelites made as commanded by God at Sinai and in which he dwelled during the wilderness wanderings . . . The Levites who carried the tabernacle furnishings were never to touch them, on pain of death (Num 4:15). When David retrieved the ark from its Philistine captors, it was transported by oxcart. During that journey Uzzah put out his hand to steady the ark on the tottering cart, immediately forfeiting his life (2 Sam 6:2-7). (Myers, ibid., 979-980)

The Temple in Jerusalem (actually, three in succession) was simply the permanent structure based on the plan of the Tabernacle, with outer courts, priest’s courts, an altar, and the innermost holy sanctuary, the “holy of holies.” The ark of the covenant was placed inside the holy of holies in the first (Solomon’s) temple, but was lost after the destruction of Jerusalem and the temple by Nebuchadnezzar in 587 B.C.

The sons of Levi camped around the tabernacle and apparently served as buffers to protect their fellow-tribes from God’s wrath, which threatened them if they unwittingly came in contact with the holy tent or its furnishings (Num 1:51,53, 2:17) . . .

Israelite priests . . . were to meet stringent demands regarding marriage and cultic purity (Lev 21-22). The high priest was subject to even more demanding regulations (Lev 21:10-15). The impact of the holiness laws was to reinforce the holiness of God before Israel. (Myers, ibid., 849)

The most holy place was not to be entered except by the high priest, himself permitted to enter only on the Day of Atonement and only with the proper precautions [in Lev 16:2,13 the high priest is warned to properly observe instructions “that he die not”]. (Myers, ibid., 733)

The high priest . . . first sanctified himself by taking a ceremonial bath and putting on white garments (Lev 16:4). Then he had to make atonement for himself and other priests by sacrificing a bullock (Num 29:8). God dwelt on the mercy seat [on top of the ark] in the Temple. (Herbert Lockyer, Sr., editor, Nelson’s Illustrated Bible Dictionary, Nashville: Nelson, 1986, p. 380)

Just before the Israelites were to receive the Ten Commandments, God made a spectacular appearance at Mt. Sinai (Ex 19-20), accompanied, as usual in Scripture, by fire and a cloud (“smoke”: 19:18). He warned the people not to even touch the mountain, or its “border,” under penalty of death (19:12-13). Even animals were included in the restriction.

The point of all this digression is to show how God regards people and also inanimate objects which are to come in close contact with Him. Cruel as it may seem from our vantage point, the severity of death as the consequence of disrespect or disobedience, was necessary to make absolutely clear how awesome and majestic God’s holiness is.

The strictness of the ceremonial Law was to change, of course, with the arrival of the Messiah and the New Covenant, but the Old Testament principle of “holiness/separate unto the Lord” remained. Mary, because of her ineffable physical and spiritual relationship with God the Son, the Holy Spirit (as “spouse,” so to speak), and God the Father (“the Daughter of Zion” typology), necessarily had to be granted the grace of sinlessness from conception, just as all of us must be cleansed utterly in order to be present with God in all His fullness in heaven (see, e.g., 1 Cor 3:13-17; 1 Jn 3:3-9; Rev 21:27).

The Immaculate Conception is merely the supreme realization of the notion which leaps out from practically every page of Scripture from beginning to end — that God is holy, and the closer we get to Him, the more we must be holy.

Photo credit: Joshua passing the River Jordan with the Ark of the Covenant (1800), by Benjamin West (1738-1820) [public domain / Wikimedia Commons] 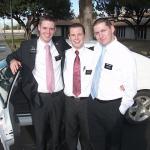 January 25, 2018
On the Relationship of Heresies & Cults to Protestantism
Next Post 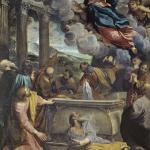 January 26, 2018 Assumption & Immaculate Conception: Part of Apostolic Tradition
Recent Comments
0 | Leave a Comment
Browse Our Archives
get the latest from
Biblical Evidence for Catholicism
Sign up for our newsletter
POPULAR AT PATHEOS Catholic
1