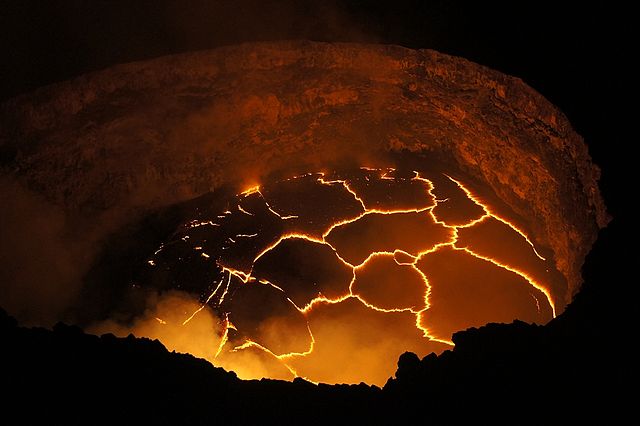 This is one of a series of my reviews of the book by prominent Catholic journalist, editor, and author Philip Lawler, entitled Lost Shepherd: How Pope Francis is Misleading His Flock (due to be released on 26 February 2018). Phil was kind enough to send me a review copy, and he and others have encouraged me to read the book and review it. Their wish is granted!

For background, see my paper, On Rebuking Popes & Catholic Obedience to Popes, and three posts concerning a few statements from the book that I found very troubling and questionable, including dialogues with both Karl Keating (who positively reviewed it) and briefly with author Phil himself (one / two / three).

In my first review, I showed how Phil Lawler made a mere argument from silence (from what the pope didn’t say in one homily) and claimed that he denied Catholic tradition regarding marriage (which was a huge turning-point for Lawler). I demonstrated, from what Pope Francis did say in several places, that in fact he does no such thing. In the second review, Lawler (like hundreds of media outlets), made much hay out of five of the pope’s words: isolated and, taken wildly out of context, to imply that the pope supposedly espoused serious homosexual sin. Again, I found several other utterances that absolutely proved that he didn’t do that, either.

Now, in this third review, as I shall demonstrate shortly, we have a case of a 92-year-old atheist journalist who is in the habit of paraphrasing the pope’s words after the interviews he does with him. Apparently, he has terrible lapses of memory or is deliberately deceiving his readers, since (again) the pope’s utterances elsewhere show that he believes the contrary of what he supposedly “expressed.” In Chapter Two, p. 20, Lawler writes:

In March 2015, the talkative pope again spoke with [Eugenio] Scalfari for La Repubblica. This time Francis—at least as interpreted by his favorite interviewer—appeared to cast doubt on the existence of hell:

What happens to that lost soul? Will it be punished? And how? The response of Francis is distinct and clear: there is no punishment, but the annihilation of that soul. All the others will participate in the beatitude of living in the presence of the Father. The souls that are annihilated will not take part in that banquet; with the death of the body their journey is finished.

For the third time, Lawler (a long-established, respectable, major Catholic journalist and editor, whom I myself have often cited for many years now) doesn’t make the slightest effort to do the necessary research that I have now done three straight times: to see what the pope actually states elsewhere about the topic under consideration.

LifeSiteNews: itself a radical Catholic reactionary outlet, highly critical of Pope Francis, to its credit, was fair enough to make note of the weird “paraphrasing” practices of Scalfari. Editor John-Henry Westen wrote on 3-24-15:

Scalfari admitted that his writings are reconstructions from memory, as he does not use a recorder or take notes.  . . . The most recent interview, published March 15, is no exception.  In it Scalfari has the pope denying hell. . . .

LifeSiteNews (reprinting an article by papal critic Sandro Magister from L’Ezpresso Magazine) also reported (10-27-17) on Scalfari’s additional goofy views as to what the pope supposedly believes about the afterlife:

Pope Francis has abolished the places where souls were supposed to go after death: hell, purgatory, heaven. The idea he holds is that souls dominated by evil and unrepentant cease to exist, while those that have been redeemed from evil will be taken up into beatitude, contemplating God. The universal judgment that is in the tradition of the Church therefore becomes devoid of meaning. It remains a simple pretext that has given rise to splendid paintings in the history of art. Nothing other than this.

Right . . . This is the guy that Lawler cited to convey what Pope Francis believes? The statement above is so outlandishly ridiculous that Magister proclaims (all bolded letters in the article): “It is seriously doubtful that Pope Francis really wants to get rid of the ‘last things’ in the terms described by Scalfari.” Now, granted, Lawler himself had just written on the page before about how Scalfari’s reports are unreliable:

Scalfari, who was ninety years old at the time, had not recorded the pope’s answers to his questions or even taken notes but had relied on his memory to reconstruct the pope’s words. The accuracy of the quotations attributed to the pontiff in La Repubblica was therefore questionable. . . . Making no claim to a photographic memory, Scalfari explained that he preferred to put the thoughts of his subject (in this case Pope Francis) into his own, presumably more elegant, words. That approach might be justified if Scalfari understood perfectly what his subject was saying, but no one understands another man perfectly. Scalfari’s reconstructed quotations, then, reflected what Scalfari understood the pope to be saying, which might have been quite different from what the pope intended. . . . helpless readers were left to guess for themselves which passages, if any, were inaccurate.

So why does Lawler quote these worthless notes, in the first place, as to the pope’s opinions? Having just exposed Scalfari as unreliable, he  nevertheless chose to end his section with one of the “bogus quotes.” He was scoring some valid points in critiquing the pope’s interviews with this journalist (I concur wholeheartedly with that). He should have left it at that.

Once again, at any rate, we find that the pope in fact believes in hell. I won’t bother spending time proving that he also believes in heaven and purgatory. In a homily on 11-22-16, Pope Francis taught:

I remember as a child, when we went to catechism we were taught four things: death, judgment, hell or glory.  After the judgment there is this possibility. ‘But Father, this is to frighten us…’ ‘No, this is the truth because if you do not take care of your heart, because the Lord is with you and (if) you always live estranged from the Lord, perhaps there is the danger, the danger of continuing to live estranged in this way from the Lord for eternity.’ And this is a terrible thing!

Talking in March 2014 to about 900 relatives of victims of the Italian mafia, the Holy Father addressed the mobsters as follows:

This life that you live will not give you joy or happiness. Convert, there is time before you finish up in hell, which is what awaits unless you change path. You have a father and a mother – think of them and convert.

“Hellfire and brimstone” preaching from a pope who supposedly denies hell? Life’s awful strange, ain’t it? Once again, Catholic Phil Lawler is out to sea, despairing of the pope’s eschatology, yet Jewish talk show host Dennis Prager (article of 3-25-14, in National Review) gets it, and is very happy about the pope’s message:

Last week Pope Francis warned Italy’s Mafia leaders that if they continue their evil ways, they will go to hell.

Hooray for the pope! More power to him for threatening evil people with hell.

I had begun to despair that in my lifetime I would hear such talk from mainstream Christian or Jewish leaders. For the past two generations, God has rarely been depicted as judging and punishing.

Pope Francis again issued a rather striking challenge to the wealthy who exploit or ignore the poor, in his annual Lenten message, written on 4 October 2015:

This love alone is the answer to that yearning for infinite happiness and love that we think we can satisfy with the idols of knowledge, power and riches. Yet the danger always remains that by a constant refusal to open the doors of their hearts to Christ who knocks on them in the poor, the proud, rich and powerful will end up condemning themselves and plunging into the eternal abyss of solitude which is Hell. The pointed words of Abraham apply to them and to all of us: “They have Moses and the prophets; let them hear them” (Lk 16:29).

As a fourth example, the Holy Father, in Fatima, Portugal, on 13 May 2017 to canonize Francisco and Jacinta Marto on the 100th anniversary of the first of six Marian apparitions there, stated that the Blessed Virgin Mary “foresaw and warned us of the risk of hell where a godless life that profanes Him in his creatures will lead.”

Four strikes and you’re out (or was that three?). 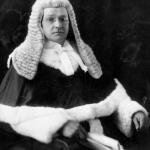 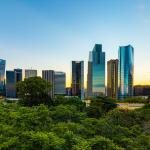