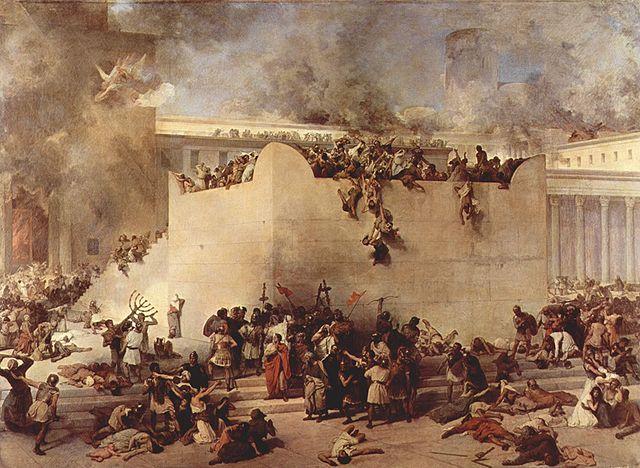 Neither the Church nor the pope can fall away from the faith. It’s never yet happened in 2000 years, and will not. This is the doctrine of indefectibility.

Catholics believe in the indefectibility of the Church, which includes the pope, on a biblical basis, as well as a traditional one. St. Robert Bellarmine (in teaching that was reiterated by the First Vatican Council in 1870) taught that the pope could never bind the faithful to heresy; that it would and could never happen.

Yet, lo and behold, today we hear a growing loud, relentless, chorus of naysaying, faith-challenged folks who seem to think this can happen. We have people like Phil Lawler (who studied political philosophy in college and later became a prominent Catholic journalist), author of the upcoming book, Lost Shepherd: How Pope Francis is Misleading His Flock, stating in its Introduction:

I did my best to provide assurance—for my readers and sometimes for myself—that despite his sometimes alarming remarks, Francis was not a radical, was not leading the Church away from the ancient sources of the Faith. But gradually, reluctantly, I came to the conclusion that he was. . . .

I found I could no longer pretend that Francis was merely offering a novel interpretation of Catholic doctrine. No, it was more than that. He was engaged in a deliberate effort to change what the Church teaches.

What exactly is Lawler claiming? What teaching of the Church is Pope Francis supposedly going to change? Well, we don’t know for sure yet. The book comes out next February 26th. I’m quoting these portions from the glowing review given to the book by Catholic apologist and one of the fathers of the modern apologetics movement (and my good friend), Karl Keating.

Most critics of the pope center upon Amoris Laetitia. Lawler is reluctant to say that it espouses heresy. But he claims that it “is not a revolutionary document. It is a subversive one. Francis has not overthrown the traditional teaching of the Church, as many Catholics hoped or feared that he would.” Ah, I see. Keating goes on to presumably describe how Lawler reasoned through to this conclusion:

The document gives wide pastoral latitude, enough so that, in practice, in certain areas the traditional teaching of the Church can be set aside while not being denied.

Lawler opines: “Pope Francis has not taught heresy, but the confusion he has stirred up has destabilized the universal Church.” We’ll have to see the full reasoning (or facsimile thereof) when the book comes out, but at first glance, this sure looks to me like the classic reactionary mindset of what I have described as “quasi-defectibility.”

It’s been used by radical Catholic reactionaries (see the definition of that category, which is different from traditionalists) for at least fifty years, particularly with regard to Vatican II, but also recent popes, and the Pauline (ordinary form) Mass.

The idea is that an ecumenical council and popes supposedly espoused something akin to a defection from traditional teaching, but not quite. Purveyors of this dangerous notion get right up to claims concerning the cliff and abyss of heresy and then draw back. It’s the ambiguity and fog of uncertainty that is key, you see. I’ve been closely studying and refuting the arguments of radical Catholic reactionaries for over twenty-five years, and have written two books about them. I wrote about quasi-defectibility five years ago:

I have used the term “quasi-defectibility” to describe the far more radical position of holding that the Church is still the Church, but in very dire condition and barely surviving. I’ve always agreed (closely following my mentor, Fr. John A. Hardon, S. J.) that modernism is the greatest crisis in the history of the Church. Disagreement with radical Catholic reactionaries (and “traditionalists” to some extent, depending on the person) occurs regarding its exact cause and location, and the solutions to the problem.

[It’s] another attempt to have it both ways, to be ambiguous and nebulous, just as Vatican II is accused of being. . . . validity is a moot point within the overall context of the radical skepticism and lack of faith (acceptance of quasi-defectibility or literal defection) of reactionaries.

In a similar way, I described the views of Catholic muckraker and sensationalistic journalist Michael Voris, in one of his innumerable videos four years ago:

This exhibits an alarming lack of faith and hope, which is highly characteristic of the modernists within the Church and also Protestants who attack the Church.

For Voris, only a tiny bit of the Catholic Church (“small remnant”) is even left. Extreme language abounds. Truth and goodness in the Church? “Almost none” is left, so he informs us, because “those first principles are gone.” . . .

Voris is not asserting defectibility, but at some point, the more pessimistic we are about the Church and her state, it can become, in some respects, a sort of “quasi-defectibility” outlook. . . .

So Voris and his many thousands of followers don’t see anything positive around them to highlight? All they can do is moan and groan and complain about the Church, and if anyone points that out, they have their head in the sand and are pretending that everything is perfect (as if that’s ever been the case at any time in the history of the Church)?

Voris is not just pointing out failings. He seems to think there is barely any Church left. It’s the same as always: if we don’t learn from history, we’re doomed to repeat it: the same old dangerous errors recycled again for our time. People love the gloom-and-doom message. For the life of me, I don’t know why, but something in human nature resonates with that.

I haven’t claimed that Voris is leading people into schism (someone on my Facebook page thought that I did). He’s the one who talks about a “Church within a Church,” etc. I think he’ll lead many people to despair, however, if he keeps this up, . . .

Voris wasn’t even talking about Pope Francis. But this same mentality and faith-challenged, anxiety-laden mindset has been regurgitated yet again in our times, with regard to Pope Francis. We’re now literally to the point of widespread rampant tin foil hat conspiratorialism and virtual paranoia and hysteria.

I dealt with this sort of thing in my (originally 2002) book, Reflections on Radical Catholic Reactionaries. Nothing is new under the sun. The sort of attitudes now widely observed were taking place back then, when we had a saint as pope. They were simply confined almost exclusively to reactionaries and many traditionalists as well. Now they are rapidly branching out to those not in either camp: regular orthodox Catholics: well-meaning, sincere, but choosing to go down this wrong and destructive path.

I hope to dissuade them from it, for their own good and the good of the Church and unity and an effective witness to the dying world, but my voice is but a soft whisper compared to the avalanche of anti-Francis rhetoric now taking place every day. For some reason, people love the negative, pessimistic, despairing, “o woe is us!” outlook more than the positive, optimistic, hope-filled way of life and vision. I’ve never understood that, but it is a fact of life.

If Phil Lawler is claiming that Pope Francis is going to overturn an actual dogma of the Church, that’s an assertion of defectibility: a thing that has never happened in the history of the Church, and which faithful Catholics believe never would or could happen. I think he’s sharp enough to realize the utterly radical, alarming nature of that claim, and so he steps back and adopts the reactionary tactic of quasi-defectibility: allowing him to have it both ways, and talk out of two sides of his mouth. He can sound the alarm and play the prophet (like Voris, Sungenis, Ferrara, The Remnant, 1 Peter 5, Lifesite News, Rorate Caeli, the reactionary-dominated Correctio, and others have been doing) about how terrible things are without — like Gandalf — going over the hopeless cliff of defectibility.

But (note this closely): if the Church hasn’t defected, it hasn’t! Not A = Not A. Basic logic. If Pope Francis indeed hasn’t, and/or won’t, cause the Church to depart from any of her magisterial teaching, where’s the beef? Lawler has undercut the very heart of his alarmist “case” by refusing to assert a coming defectibility. It’s simply good ol’ reactionary doublethink and hysteria yet again: that does no one any good.

I thought it might be interesting to some of my readers, to see that I critiqued the essential nature of what is going on today, in chapter three of my 2002 book, entitled, “The Indefectibility of the Church” (again: “nothing new under the sun” as Ecclesiastes states). Most of my reasoning was directed against the reactionary attacks on Vatican II and the New Mass, but it fits perfectly into the “anti-Francis” mentality today. I did, however, allude to the attacks back then against Pope St. John Paul II, in #75 and #77. Chapters 13 and 15 of the book (about 22 pages total) were devoted to savage, slanderous attacks on Pope St. John Paul II, as well as Blessed Pope Paul VI and Pope St. John XXIII. Here it is:

III. The Indefectibility of the Church

At least five times, . . . with the Arian and the Albigensian, with the Humanist sceptic, after Voltaire and after Darwin, the Faith has to all appearance gone to the dogs. In each of these five cases it was the dog that died. (The Everlasting Man, Garden City, New York: Doubleday Image, 1925, 254)

I suspect that we should find several occasions when Christendom was thus to all appearance hollowed out from within by doubt and indifference, so that only the old Christian shell stood as the pagan shell had stood so long. But the difference is that in every such case, the sons were fanatical for the faith where the fathers had been slack about it. This is obvious in the case of the transition from the Renaissance to the Counter-Reformation. It is obvious in the case of a transition from the eighteenth century to the many Catholic revivals of our own time . . . Just as some might have thought the     Church simply a part of the Roman Empire, so others later might have thought the Church only a part of the Dark Ages. The Dark Ages ended as the Empire had ended; and the Church should have departed with them, if she had been also one of the shades of night. (The Everlasting Man, Garden City, New York: Doubleday Image, 1925, 250-252) 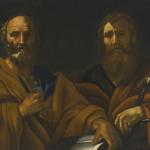 December 27, 2017
Did St. Paul Seek St. Peter’s Approval for His Ministry?
Next Post 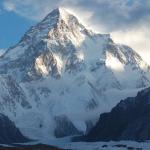 December 28, 2017 "The Gates of Hell Shall Not Prevail" Against the Church
Recent Comments
0 | Leave a Comment
Browse Our Archives
Related posts from Biblical Evidence for Catholicism