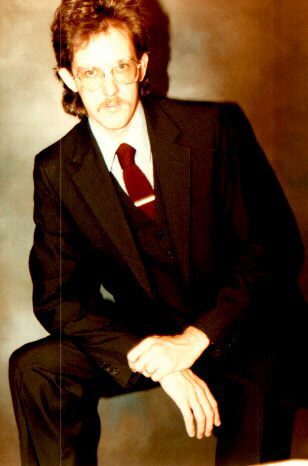 I’m delighted that this was edifying for him. I’m not an exception to the rule, by any means. I would venture to guess that probably 90% (if not even more) of Catholic converts have essentially positive feelings and great fondness toward their backgrounds.

It’s the former Catholics who too often have a vastly different attitude: oftentimes they despise their Catholic past or feel little about it one way or the other (apathy). Many become anti-Catholics.

Not so for Catholic converts and reverts! This becomes obvious, the more conversion stories one reads. I think that’s a really good thing, because that’s the seed for continuing ecumenism and fostering of Christian unity. It’s precisely because I remember (like it was yesterday!) my personal experience within evangelicalism, and because I know what was in my own heart and mind then, that I can respect all the more my Protestant brothers and sisters. I know what motivates them. I know Whom they serve.

It is impossible to not be thankful for what we all learned in the evangelical Protestant environment. Whoever is not thankful for that doesn’t understand, I submit, the vast areas of common ground that continue to exist.

Both sides agree, for example, that good works are not an optional part of the Christian life. The differences are in how the works are categorized and their relation to salvation. But as to the works themselves: very few Christians have ever denied their supreme importance. And Catholics believe in Grace Alone just as Protestants do. When we deny Faith Alone it is never in a sense that would deny Grace Alone (i.e., Pelagianism). It is in the “James” sense.

So on a very practical, day-to-day level of discipleship and living the Christian life in service to our Lord Jesus and our fellow man, Protestants and Catholics profoundly agree. I never tire in pointing this out, because I love common ground wherever it can be found.

Photo credit: Yours truly, back in my Protestant evangelist days (October 1987: age 29). 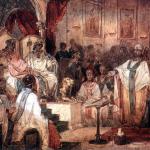 February 20, 2018
Reply to a Lutheran on Tradition & the Patristic Rule of Faith
Next Post 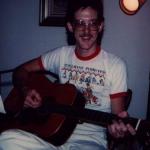 February 21, 2018 My Conversion: NOT Due to Hostility to Evangelicalism
Recent Comments
0 | Leave a Comment
"No you are changing the subject. The original post by Jim was implying that atheists ..."
WayneMan Problem of Good: More Difficult than ..."
"One unrealized factor: viruses (including covid19) are most contagious the day before and when symptoms ..."
Fran Mayes COVID Vaccines, Facts, & Conscientious Objection
""Dr. Fauci was even wrong (as he has often been) about the results of vaccination, ..."
gusbovona COVID Vaccines, Facts, & Conscientious Objection
"Hi Michael,I will obtain your book soon. I'm doing a few other things today, and ..."
Dave Armstrong Refuting 59 of Michael Alter’s Resurrection ..."
Browse Our Archives
get the latest from
Biblical Evidence for Catholicism
Sign up for our newsletter
POPULAR AT PATHEOS Catholic
1