Monasticism Defended from Scripture and Reason 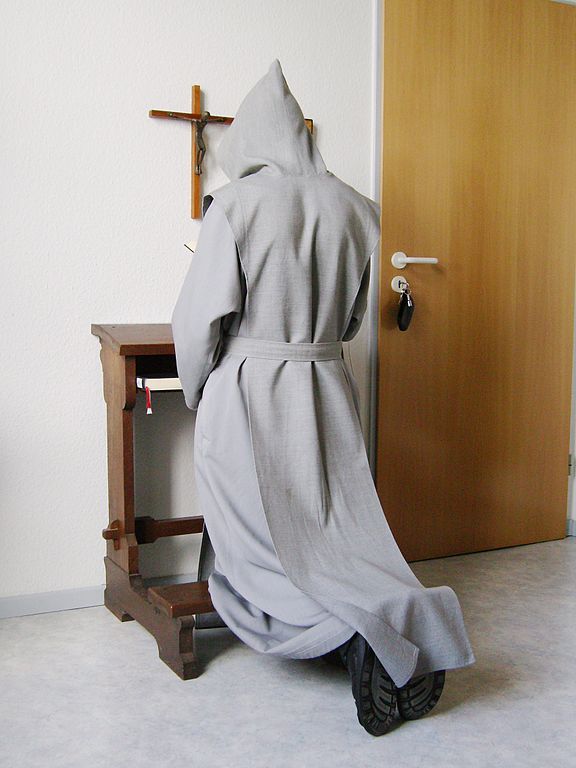 There are certainly ample biblical models of “separated” servants doing the “work of the Lord”.

How would you explain monasticism to Protestants who feel Christians should be out in the world, seeking to convert lost souls? To them, monks/nuns are hiding from society’s ills, not helping to mend them.

Well, there are several ways to respond to this.

First of all, many (perhaps the majority?) monks and nuns are indeed “social,” “missionaries,” “teachers,” “charity workers” (like Mother Teresa’s Missionaries of Charity), or otherwise occupied in the “world,” so to speak, so for them, this criticism would not apply. In fact, the title “friar” refers to those monks who are engaged in work outside monasteries – particularly in cities. The “mendicant orders” which stress this (but not exclusively, as some members are “cloistered”) include — notably — the Franciscans, Dominicans, Augustinians, and Carmelites.

Western civilization would not be nearly what it is without these great orders. Think, for example, of the central role of the Dominicans in the rise of universities and emphasis on classical learning, or the Franciscan role in the establishment of hospitals and other works of charity. In fact, one Augustinian monk, Gregor Mendel, founded the science of genetics.

Second, the typical unreflective Protestant critique of monasticism in effect presupposes that prayer and Bible study (!!!) are not worthwhile endeavors to commit oneself to. If we specialize in virtually every other category of endeavor both in the Christian Church and in the secular world of work, family, government, academia, etc., why not allow a called group of individuals to be wholly devoted to prayer and good works on behalf of others? The question in its very asking is based on the false premise that prayer and contemplation are not as “real” as other helpful, “practical” and/or spiritual activities, which is, of course, absurd, prima facie, for any Christian to assert.

One can readily see the wisdom in, for example, the Trappist ideal of silence, in the noisy, can’t-sit-still, busybody, rat race culture we live in. I think many Christians are in fact so consumed and compromised with the secular culture that they are literally blinded to the wisdom of monasticism, silent contemplation, and asceticism. That is where the imbalance lies, not in the monasteries and convents. If anything, these servants of God are more “normal” and “sane” than any of us!

Protestants will assert often and vociferously that prayer is more important than anything, yet when the Catholic Church allows a select few to be devoted to it continually, it is charged with “escapism” and neglect of “worldly duties.” As is (curiously) so often the case with regard to double-minded criticism of the Church, one can’t have it both ways. The monastic ideal and way of life is based on the traditional Christian notion of the “evangelical counsels,” whereby one (following a call from God) voluntarily commits himself to a greater obedience (poverty, chastity, obedience) than is required of all faithful.

Thirdly, there are certainly ample biblical models of “separated” servants doing the “work of the Lord,” whether we speak of the levitical priests in the Old Testament, prophets, or John the Baptist (not very “social” in the desert, was he?). A case might be made that the disciples and apostles themselves were “separated” in a large sense, since most of them did not hold down regular jobs.

Fourthly, any Protestant who denies the validity and great usefulness of the monastic call shoots himself in the foot, since it is a known historical fact that the Bible itself was preserved throughout the years of the barbarian invasions (pejoratively called the “Dark Ages” by secular historians, with the insinuation that it was the Church, not the barbarians, who caused the “darkness”) by monks — many of whom were cloistered in cells copying manuscripts.

In those times, separation from the rampant paganism was very good, so that the Church could survive to eventually rejuvenate European culture anew. Many Protestant scholars, such as Charles Colson and Carl F. H. Henry, have recently made this very point, in their analysis of our own times, where the barbarians are again at the gates or “inside” already.

So any way you look at it, the disdain of monasticism is radically misplaced and contrary to Scripture and reason. 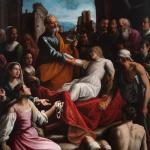 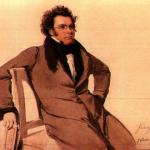 March 1, 2018 Beatles and Schubert: Musicological Comparisons
Recent Comments
0 | Leave a Comment
Browse Our Archives
get the latest from
Biblical Evidence for Catholicism
Sign up for our newsletter
POPULAR AT PATHEOS Catholic
1