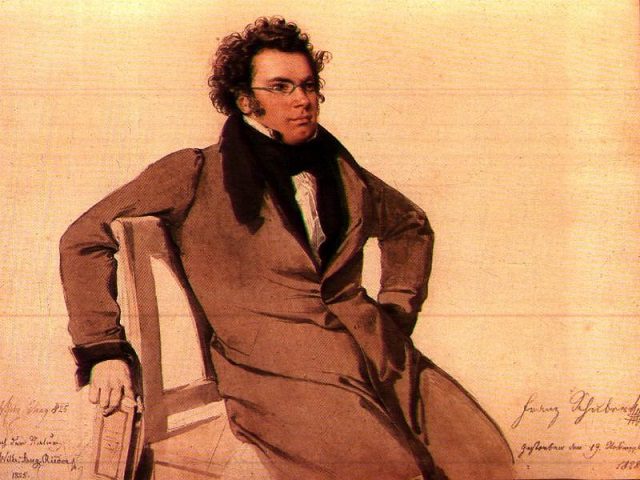 One of my readers observed:

I have to quibble with the “modern Schuberts” moniker [this is how I described the Beatles underneath a photo]. As gifted of tunesmiths as Paul, John & co. were, they don’t compare to Schubert or any other classical master. There is an immense gulf in the level of craftsmanship between, say Schubert’s 9th Symphony and Sgt. Pepper (especially as the craft in that album largely came from George Martin). The Beatles main schtick was introducing more diatonic, folk-influenced melodies and harmonies to the largely blues / rockabilly based popular music of the late 50’s & 60’s. But the comparison with classical music is off base. The Beatles are no more the modern Schuberts as Cole Porter is the modern Bach or Burt Bacharach is the modern Beethoven. They are all very talented musicians, but I would look to composers such as Part, Schnittke, Penderecki, post-war Stravinsky or Wuorinen (all either Catholic or Orthodox and significant composers of sacred music by the way) as my candidates for the “modern Schubert”.

Again, this is not just my judgment, but that of many musicologists and music critics, who would be the ones qualified to make such a favorable comparison. Nor does the comparison imply some sort of one-on-one parallel between classical and rock music, as if they are on the same plane (which would be silly), or of “craftsmanship.” Schubert is known, of course, as the greatest melodist of all time (only one aspect of many, of classical music).

This is the specific connection. Paul and John arguably hold that position in the pop world. If you know music, you can, for example, see some very complex chord progressions in Beatles music, which are usually not found in non-jazz popular music. The only real competitor to their status in this regard would be Brian Wilson of the Beach Boys, in my opinion. Here’s evidence of my claim:

Music critic William Mann wrote in The Times that Lennon and McCartney were ‘the greatest songwriters since Schubert’; . . . As early as 27 December 1963, Mann was waxing eloquently about Beatles musical genius:

[T]he slow, sad song about ‘This Boy‘, which features prominently in Beatle programmes, is expressively unusual for its lugubrious music, but harmonically it is one of their most intriguing, with its chains of pandiationic clusters, and the sentiment is acceptable because voiced cleanly and crisply. But harmonic interest is typical of their quicker songs, too, and one gets the impression that they think simultaneously of harmony and melody, so firmly are the major tonic sevenths and ninths built into their tunes, and the flat submediant key switches, so natural is the Aeolian cadence at the end of Not A Second Time (the chord progression which ends Mahler’s Song of the Earth).

Those submediant switches from C major into A flat major, and to a lesser extent mediant ones (eg the octave ascent in the famous I Want To Hold Your Hand) are a trademark of Lennon-McCartney songs . . .

For a wonderful, in-depth analysis of the unique musical aspects of the Beatles, see the article, “Words and chords: The semantic shifts of the Beatles’ chords,” by Ger Tillekens. Here are a few excerpts:

The flat-VI, a real Beatles’ favorite, has often been called the Buddy Holly chord, though Buck Owens also has been honored as the main source of inspiration. This chord belongs to the cluster of parallel Majors: flat-VI, flat-III and flat-VII — sometimes also referred to as Neapolitan chords. In the abundance of these chords in the Beatles’ songs Steven Porter (1983: 72) finds evidence for a strong Classical influence on the group’s compositions. He has to admit, however, the flat-VI is behaving quite otherwise — indeed, according to its role in the diagonal grid, as a substitute for the iv. “All My Loving,” a composition of McCartney, showing a free combination of turnaround and turnback, offers a another good example of these chords, the flat-VII (example 3). Just like the flat-VI in “I Saw Her Standing There,” this chord turns the context of the lyrics toward the private side of display and the individual side of realization, thereby making the word “true” coming from deep within, sounding sincere and privately voiced.

Our last example, the verse of “All I Got To Do” with its exceptional length of 11 measures, is again a Lennon’ composition (example 5). It illustrates the function of parallel minors in locating a semantic position in the matrix of conversation. In this particular case the work is done by the minor subdominant. Semantically this chord has the same function as the minor fifth that’s facilitating the modulation in “I Want To Hold Your Hand.” It is important to notice that these minor chords do not sound sad. The “sadness” of parallel minor keys is still a standard in music theory. It does apply to the work of Mahler or Schubert, often referred to in this context. In the Beatles’ songs — and Pop Rock music in general — another feeling, however, is attached to these chords. With the parallel Major chords the parallel minors share the location of private space, making utterances sound sincere and deeply felt. As these minor chords point toward the collective side of realization they give the lyrics a more convinced and determined sound.

In the website, Vocalist .org, this statement is made (echoing mine above):

1. Differentiate form and genre in music

Form relates to structure and genre to style. Schubert and the Beatles used similar forms in writing their songs yet, they could hardly be considered the same genre unless you consider structure to be the essence of communication. One could say that the underlying genteel nature of song form created more similarity between the Beatles and Schubert separating both from Beethoven and his more tormented personality demonstrated in his use of the more dialectic form of sonata-allegro . . .

Yes, they were the greatest songwriters since Schubert – and now we’re beginning to understand why . . .

Paul McCartney may be the closest thing our generation has produced to Schubert – a master of melody, writing songs that seem to have been there all along.

Most people don’t realize that the well-known tunes Ave Maria and Serenade were written by Schubert (or that his Moment Musical in F so resembles Martha My Dear). McCartney writes with similar universality. His Yesterday has been recorded by more musicians than any other song in history. Its stepwise melody is deceptively complex, drawing from outside the diatonic scale so smoothly that anyone can sing it, yet few can explain what it is that McCartney has done. (And the odd seven-bar phrases hark back to an old Haydn trick of asymmetric phrases in his minuets.)

“Composer Ned Rorem once likened the songwriting of the Beatles to Franz Schubert” (source).

“Leonard Bernstein thought Lennon and McCartney were the finest songwriters since George and Ira Gershwin. Revolver may prove his point” (source).

One could go on and on with this. I think my point is well-established as one far beyond my own speculation. It was precisely because I was already familiar with this comparison having been made by musicologists, music critics, and composers, that I made it myself. 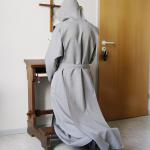 February 28, 2018
Monasticism Defended from Scripture and Reason
Next Post 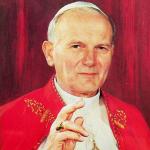 March 2, 2018 "Nothing New": Reactionary Attacks on Pope St. John Paul II
Recent Comments
0 | Leave a Comment
Browse Our Archives
get the latest from
Biblical Evidence for Catholicism
Sign up for our newsletter
POPULAR AT PATHEOS Catholic
1