“I complete what is lacking in Christ’s afflictions” (Col 1:24) 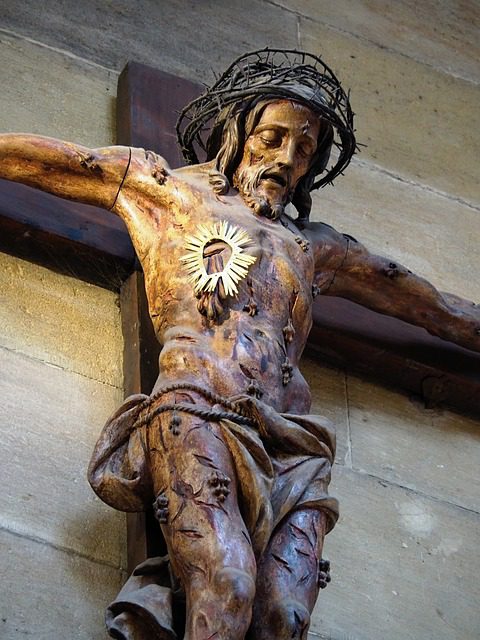 I wrote the following in my book, A Biblical Defense of Catholicism (pp. 160-161), leading up to this passage:

In some mysterious, glorious way God chooses to involve us in the very Redemption (always in a secondary and derivative sense, but actual nonetheless), just as he voluntarily involves us in his Providence by means of prayer and evangelism, and in his Creation by our procreation and childbirth. Our sufferings become identified with those of Christ. (Instances of the stigmata, whereby saintly persons – such as St. Francis of Assisi – actually receive the wounds of Christ in their bodies, are an extremely graphic image of this scriptural teaching.)

John Calvin made the following (perhaps surprising) conclusion in his Commentary on Colossians:

As, therefore, Christ has suffered once in his own person, so he suffers daily in his members, and in this way there are filled up those sufferings which the Father hath appointed for his body by his decree.

This seems quite “Catholic” as far as it goes, but I recall citing another opinion of Calvin on this verse, regarding what he thinks of the Catholic interpretation, insofar as it clashes with his own or general Protestantism:

John Calvin (as a representative Protestant) makes a scathing criticism of the Catholic exegesis of Colossians 1:24, claiming that it detracts from the finished work of Christ:

Indeed, as their whole doctrine is a patchwork of sacrilege and blasphemy, this is the most blasphemous of the whole . . . What is this but merely to leave the name of Christ, and at the same time make him a vulgar saintling, who can scarcely be distinguished in the crowd? (Institutes, III, 5, 3-4)

Calvin here is again guilty of presenting a caricature of the Catholic position, whereby it is construed as somehow opposing saints to God or regarding the saints as somehow contributing to the redemption apart from God (the characteristic Protestant dichotomous or “either/or” mindset).

Calvin mistakenly thinks this is what Catholics hold. In his commentary on this verse, he repeats the falsehoods about the Catholic position, and even urges readers to hate those who are supposedly deliberately corrupting Holy Writ:

Nor are they ashamed to wrest this passage, with the view of supporting so execrable a blasphemy, as if Paul here affirmed that his sufferings are of avail for expiating the sins of men . . . I should also be afraid of being suspected of calumny in repeating things so monstrous . . . Let, therefore, pious readers learn to hate and detest those profane sophists, who thus deliberately corrupt and adulterate the Scriptures.

Catholics hold, with Protestants, that Jesus’ Passion was complete and infinite in atoning power. The Council of Trent made this very clear, in its treatment of penance (Chapter 8: “On the Necessity and on the Fruit of Satisfaction”):

God allows us to take part in the great drama of redemption by allowing us to share the sufferings of Christ that brought it about. That does not mean that the cause of redemption does not completely lie with Jesus Christ, but that we can be part of it in some mysterious way (in his will and by his design and providence), just as our prayers are part of his redemption and our works are part of salvation (1 Cor. 3:8-9; 15:10; Eph. 2:8-10; Phil 2:12-13) – although everything, of course, goes back to God as Sovereign and First Cause.

At the end of the chapter I cited St. Alphonsus de Liguori, from his work, Thoughts on the Passion:

Can it be that Christ’s Passion alone was insufficient to save us? It left nothing more to be done; it was entirely sufficient to save all men. However, for the merits of the Passion to be applied to us, according to St. Thomas (Summa Theologica, III, Q. 49, art. 3), we need to cooperate (subjective redemption) by patiently bearing the trials God sends us, so as to become like our head, Christ. (p. 132)

I shall now cite a portion of the above-mentioned passage from St. Thomas Aquinas:

. . . since Christ’s Passion preceded, as a kind of universal cause of the forgiveness of sins, it needs to be applied to each individual for the cleansing of personal sins. Now this is done by baptism and penance and the other sacraments, which derive their power from Christ’s Passion, as shall be shown later (Question [62], Article [5]). (Summa, III, Q. 49, art. 3, Reply to Objection 4)

Whether the sacraments of the New Law derive their power from Christ’s Passion?

. . . a sacrament in causing grace works after the manner of an instrument. Now an instrument is twofold. the one, separate, as a stick, for instance; the other, united, as a hand. Moreover, the separate instrument is moved by means of the united instrument, as a stick by the hand. Now the principal efficient cause of grace is God Himself, in comparison with Whom Christ’s humanity is as a united instrument, whereas the sacrament is as a separate instrument. Consequently, the saving power must needs be derived by the sacraments from Christ’s Godhead through His humanity.

Now sacramental grace seems to be ordained principally to two things: namely, to take away the defects consequent on past sins, in so far as they are transitory in act, but endure in guilt; and, further, to perfect the soul in things pertaining to Divine Worship in regard to the Christian Religion. But it is manifest from what has been stated above (Question [48], Articles [1],2,6; Question [49], Articles [1],3) that Christ delivered us from our sins principally through His Passion, not only by way of efficiency and merit, but also by way of satisfaction. Likewise by His Passion He inaugurated the Rites of the Christian Religion by offering “Himself – an oblation and a sacrifice to God” (Eph. 5:2). Wherefore it is manifest that the sacraments of the Church derive their power specially from Christ’s Passion, the virtue of which is in a manner united to us by our receiving the sacraments. It was in sign of this that from the side of Christ hanging on the Cross there flowed water and blood, the former of which belongs to Baptism, the latter to the Eucharist, which are the principal sacraments.

. . . Christ dwells in us “by faith” (Eph. 3:17). Consequently, by faith Christ’s power is united to us. Now the power of blotting out sin belongs in a special way to His Passion. And therefore men are delivered from sin especially by faith in His Passion, according to Rm. 3:25: “Whom God hath proposed to be a propitiation through faith in His Blood.” Therefore the power of the sacraments which is ordained unto the remission of sins is derived principally from faith in Christ’s Passion. (Summa, III, Q. 62. Art. 5, “I answer that” section + Reply to Objection 2)

I can’t even remotely hope to top that, so I best quit at this point, with the words of the Theological Master. 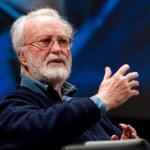 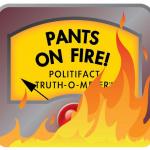 March 31, 2018 Reactionary Chris Ferrara's Lies Re Pope Francis & Hell
Recent Comments
0 | Leave a Comment
Browse Our Archives
get the latest from
Biblical Evidence for Catholicism
Sign up for our newsletter
POPULAR AT PATHEOS Catholic
1

Catholic
Dialogue: Acts 9:40 and Prayers for (not to)...
Biblical Evidence for Catholicism
TRENDING AT PATHEOS Catholic