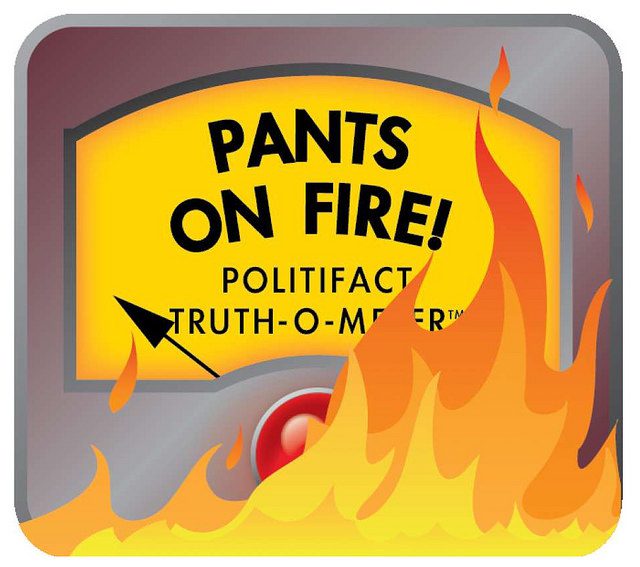 All the usual suspects are now coming out of the woodwork, given the latest press reports about the pope and hell, blessing the world with more bilge and worthless rotgut in sinfully speculating about what Pope Francis supposedly denies. Chris Ferrara, of the notorious radical Catholic reactionary rag, The Remnant, opines at length. I shall take apart his analysis point-by-point. His words will be in blue.

On Holy Thursday the world awoke to find that during his fifth interview with his friend Eugenio Scalfari, Italy’s most famous atheist, Pope Bergoglio has denied the existence of hell for a second time, the first being an interview with the same Scalfari in 2015.

He didn’t deny hell either time. I dealt with the first instance, in one of my critical reviews of Phil Lawler’s hit piece book, Lost Shepherd. Here are the relevant facts of the matter:

94-year-old Scalfari candidly admitted (as far back as November 2013) that he does not record the pope’s words, either in writing or by any kind of electronic recording. He transmits them from memory, and is not above literally adding things. In the present case, the Vatican has expressly denied that the pope denied hell, and noted that Scalfari’s words are untrustworthy. See what Scalfari himself stated in November 2013:

In a meeting with the journalists of the Foreign Press Association of Rome, Scalfari maintained that all his interviews have been conducted without a recording device, nor taking notes while the person is speaking.

“I try to understand the person I am interviewing, and after that I write his answers with my own words,” Scalfari explained.

He conceded that it is therefore possible that “some of the Pope’s words I reported, were not shared by Pope Francis.” . . .

According to a Vatican source who spoke with CNA Nov. 19, the interview “had to be removed from the Vatican website since it did not report faithfully the Pope’s words.”

Hence, the Vatican in the present instance stated:

What is reported by the author in today’s article is the result of his reconstruction, in which the literal words pronounced by the Pope are not quoted. No quotation of the aforementioned article must therefore be considered as a faithful transcription of the words of the Holy Father.

Ferrara characterizes this statement as an “equivocal denial” and “slithery” and a “shifty ‘denial.’ ”

Now, I think it is legitimate to wonder aloud why the pope keeps doing interviews with this person, who treats them in this shabby, sloppy way. I myself wonder that, and stated so explicitly in a Facebook post that I put up today (calling it “stupid” among other things). But that’s worlds apart from the assertions that the pope is deliberately seeking to sow confusion (Phil Lawler’s opinion), or that he denies the doctrine of hell (Ferrara’s opinion). It’s a criticism regarding prudence and the best, most responsible use of the media.

With this background, we can see that it is absurd for Ferrara to “quote” the pope’s supposed words, based on Scalfari’s memory and admitted atrocious methodology. Thus I will not cite those words, because Scalfari has no credibility. He has not only communicated that the pope denies the existence of hell, but also, heaven and purgatory, as I have documented in the past (and which I see very few new outlets reporting). This was reported by papal critic Sandro Magister (10-27-17).  He cited Scalfari’s words as follows:

Pope Francis has abolished the places where souls were supposed to go after death: hell, purgatory, heaven. The idea he holds is that souls dominated by evil and unrepentant cease to exist, while those that have been redeemed from evil will be taken up into beatitude, contemplating God.

Thankfully, Magister retains his own sanity (and journalistic credibility) by adding:

It is seriously doubtful that Pope Francis really wants to get rid of the “last things” in the terms described by Scalfari.

Ferrara cites the alleged words of the pope, from Scalfari’s memory and concludes:

Bergoglio’s denial of hell takes the form of the “annihilationist” heresy, which the Catholic Encyclopedia describes as one of the “arbitrary and vain subterfuges, unsupported by any sound reason” by which the dogma of the eternal punishment of the damned is denied. As the Encyclopedia observes of annihilationism: “[I]f men knew that their sins would not be followed by sufferings, the mere threat of annihilation at the moment of death… would not suffice to deter them from sin.”

One wonders what Ferrara would think of the many documented instances where the pope explicitly proclaims the doctrine of hell and urges his hearers to repent so as to void going there. Well, here is his answer:

Bergoglio has made reference to Hell in certain public statements, but these appear to have served the rhetorical needs of the moment. For example, his declaration that members of the Mafia will all end up in Hell if they do not repent of being Mafiosi. The question is whether Francis harbors the private opinion, twice divulged to Scalfari, that there really is no Hell and that the damned simply cease to exist after death, which would mean that his public references to Hell are merely for public consumption.

This is absolutely fascinating. It means that Ferrara chooses to rely on bogus pseudo-transcripts, in order to determine the pope’s opinions, rather than actual transcripts of the pope’s clear statements as regards hell. He does exactly what Phil Lawler did in his book: citing one of these Scalfari interviews and neglecting to document what the pope has undoubtedly stated on many occasions. He himself concedes that “Scalfari has admitted that his published interviews of Bergoglio are reconstructions as opposed to verbatim transcripts”.

Imagine if Ferrara were treated in this same fashion. Say, for example, that he did interviews with someone (we shall call him X) whose method was like Scalfari’s, who proceeded to cite his “words” thusly:

Ferrara is a great lover of Vatican II, the Pauline / “New” Mass, and the ecumenical movement.

Ferrara then ferociously objects to this characterization of his views. Like all good reactionaries, he detests and despises and loathes all three things. His protests are noted, but then he is treated in exactly the same way that he treats the Holy Father, and it’s stated:

As I have often stated: if we treat a persons’ opinions in this way, they can easily be made to “believe” whatever we want them to believe: that is, whatever fits our agenda and our merely [slanderous] propagandistic program. This altogether dubious method calls for us to rely on unreliable sources when a person supposedly says what we want or wish them to say (in our overall effort to trash and excoriate them), and then when the person plainly and repeatedly states the opposite in reputable, credible sources, we cynically conclude that it was merely for public consumption (i.e., bald-faced lies intended to deceive).

Given the choice of the two things, we conclude that he is lying through his teeth in the sources that are accurate and credible, and is giving his true opinions in the partially fabricated and untrustworthy interviews (as is openly admitted by the very person doing them!). Makes perfect sense, doesn’t it? It would in an insane asylum . . .

Ferrara, in his infinite wisdom – -presupposing the absurdist methodology and mindset described above — concludes:

At this point it is reasonable to suspect that Francis privately harbors the heretical belief that the souls of the damned are not punished eternally but merely annihilated. The only way to dispel that reasonable suspicion would be to issue, on Bergoglio’s explicit authority, an unequivocal statement that in no way whatsoever did he profess the annihilationist heresy to Scalfari, that the quotation attributed to him is a total fabrication, and that he affirms absolutely the eternal punishment of the damned in Hell. Any sort of equivocal denial, on the other hand, would be a tacit admission that Scalfari’s quotation of Bergoglio on this point is correct at least in substance.

That’s not the only way to “dispel” the nonsense being spouted everywhere. Another way is to teach, as he has, in many instances, that hell is very real (things that can be found by anyone in a 20-minute Google search). I documented several instances of these statements in my prior paper, and so won’t repeat them here. In Ferrara’s mentality, the pope is lying in all those instances, so that he can pull the wool over everyone’s eyes when his “pseudo-words” from the 94-year-old atheist’s non-biased, ultra-accurate memory disabuse them of the deliberate falsehoods that he preached in his sermons and General Audiences.

I’ll simply note the humorous irony that Jewish talk show host Dennis Prager rapturously praised the pope for strongly asserting the doctrine of hellfire and judgment (National Review, 3-25-14), while clueless Catholic Ferrara is out to sea without a life raft.

Ferrara ends with this asinine pronouncement:

By the end of next week, shall we say, we will know whether the Vatican can do any better . . . If not, then we will know for certain that we have a Pope who privately espouses an unequivocal heresy.

Note, again, that it’s not enough that the pope expresses the doctrine of hellfire repeatedly in his sermons and speeches. Ferrara is capable — amazingly — of dismissing all that with a thumb of the nose and a Bronx Cheer. It’s not good enough for him. It’s “merely for public consumption.” But it’s good enough for any other fair-minded, fact-finding, honest inquirer or true journalist (back when that group of people actually sought to report truth and facts). 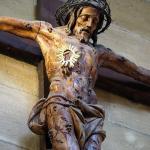 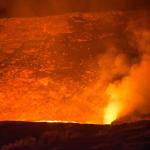