Conversion to Catholicism: Reflections on its Complexity

Conversion to Catholicism: Reflections on its Complexity April 4, 2018 Dave Armstrong 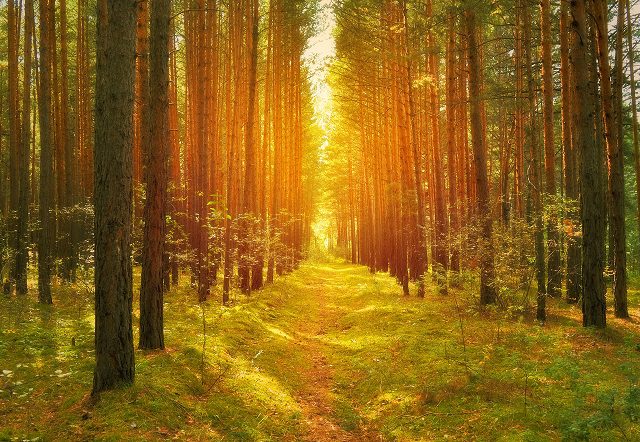 Rationales for conversions might be consistent and even quite respectable, but (now I speak as a Catholic partisan) can be attacked on the presuppositional level. This is why I write so often about sola Scriptura and the Church and the crucial role of tradition. Every Christian must grapple with those issues one way or another.

If the roles were reversed and I was analyzing a Catholic conversion to Protestantism, I could surely grant that a person sincerely believed that sola Scriptura were true over against the three-legged stool of Bible, Church, tradition, or that he could not accept Catholic Mariology, for whatever reason, or the papacy, or insisted on adult, believer’s baptism only, for what he felt were compelling biblical reasons. Etc., etc.

I can disagree without denying that the person sincerely thought through the issues. I can acknowledge that the person is consciously basing his decision on his biblical or historical reasoning and making his choice in good conscience, based on what he knows. I don’t have to doubt his self-report, or question his reasoning abilities.

I don’t have to make out that it must always or almost always be the case that he is merely going on emotion and a disgust at Catholic nominalism or lousy homilies, or mechanical-appearing worship in individuals, or biblical illiteracy, or catechetical ignorance, or Bingo or swearing or excessive drinking, or sexual laxity, or any number of faults that we have in our circles, just as every Christian group has.

It is about granting some respect and dignity to a very serious thing: a conversion. I don’t deny that there are also many who convert for much less serious reasons (including the famous “convert to get married” scenario). I am opposing the degree to which many Protestants say these kinds of factors cause conversion to Catholicism.

A big part of my objection to many Protestant explanations of conversions to Catholicism, is my intense dislike for single causal explanations of almost anything. I find that intuitively false: almost from common sense. This is one valuable thing I received from my studies in sociology and psychology.

Reality is always more complex than one simple explanation. Conversion is all the more so. It’s an extraordinarily complex and painful process and simply can’t be explained as primarily or solely due to being sick and tired of in-fighting, in almost all cases.

We are human beings in communities, with experiences, emotions, stories, influences, psychological, personal, familial, temperamental, and many other factors all having an effect on both our beliefs and actions.

Conversion stories provide a sort of moral support or what I have called a “plausibility structure” for the belief-system that was thus adopted. This gets back to the notion: “human beings don’t live in a rational, logically airtight vacuum”. Conversion stories provide indirect rationales for viewpoints because of the nature of the process itself and those who undertake it.

The people reading them see folks working through issues and ultimately adopting a position (in this instance, Catholicism). The stories in their detail show that the reasons were not frivolous or insubstantial; they have merit. They are usually mentioned in passing or simply identified, rather than elaborated upon at length (especially in oral presentations).

Plausibility is a fascinating subject in its own right. Why do people find one thing persuasive and another not? What factors into that? Why do two people see the same set of data and one feels one way and the other the total opposite? Conversion stories to Catholicism mainly make Catholicism a more plausible, even (in hard cases) “thinkable” option.

There are a host of factors leading to conversion. There are mystical and intuitive reasons, there is the moral argument (which has even been developed by philosophers in great detail, but need not be philosophical in a given individual), there is experiential and miraculous evidence (philosopher William Alston has developed this line in great depth), there are pragmatic and psychological and relevant emotional and highly personal considerations.

One might, for example, read of accounts of miracles at Lourdes and Fatima, or about the Incorruptibles, or people being raised from the dead or healed in extraordinary ways, about the bi-location of saints like Padre Pio, or exorcisms, etc. They may witness some miracle themselves or be so moved by an act of love by some Catholic that this convinces them that Catholicism is the True Way.

This is eyewitness, legal-type testimony similar to that found in the Bible accounts of miracles. One may read of these and become convinced that Catholicism is true. Certainly the early Church thought miracles were highly important in their testimony and evangelization. They highlighted the Resurrection, and Jesus Himself came back to let Thomas put his hand in His wounds, etc. 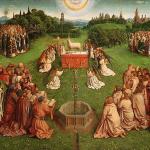 April 4, 2018
"Re-Presentation" vs. "Re-Sacrifice" in the Mass: Doctrinal History
Next Post 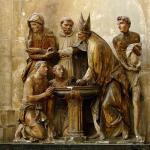