“Re-Presentation” vs. “Re-Sacrifice” in the Mass: Doctrinal History 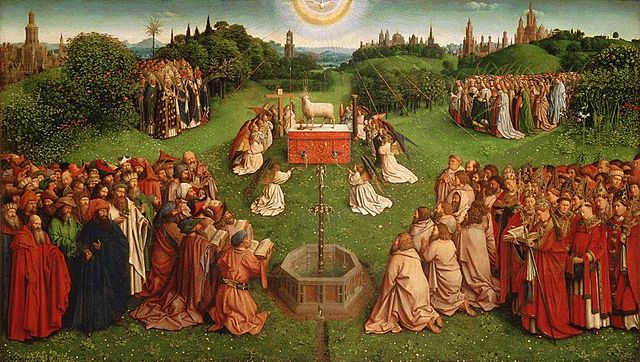 This dialogue with my highly esteemed friend, Lutheran pastor Ken Howes (LCMS), took place on my Facebook page. His words will be in blue.

The Smalcald Articles are indeed quite hostile to the Catholic Mass. We do reject the doctrine on the sacrifice of the Mass, especially as it used to be expressed–that Christ was sacrificed anew in the Mass. The more recent way it is expressed, that Christ’s one sacrifice on Calvary is re-presented (I realize that it is the position of the Catholic Church that it has never changed its doctrine, but there’s no question that at least its expression has changed) is much less objectionable. I would say that Lutheranism should address the present statement of the doctrine, while Catholicism should recognize the legitimacy of the Lutheran objection to the way the doctrine was previously stated. No question, Christ was sacrificed for us on Calvary, and that one sacrifice is all-sufficient, which was the basis of Lutheran objections to expressions like “re-sacrificed” that appeared in older Catholic writings. No question, what we receive in the Mass is what was sacrificed at Calvary. There remains a disagreement, but it is far less sharp than it would have been in 1537. I really do believe that reconciliation between Rome and Wittenberg is possible. (I don’t have any deep objection to giving a Catholic communion or receiving communion from a Catholic priest.)

As to the way the Sacrifice of the Mass was described (“re-sacrifice” or “re-presentation”?):

The Sacrifice which is offered every day in the Church is not distinct from that which Christ Himself offered, but is a commemoration thereof. (Summa Theologica 3, q. 22, a. 3, ad 2)

This sacrament was instituted during the supper, so as in the future to be a memorial of our Lord’s Passion as accomplished. (Summa Theologica 3, q. 73, a. 5, ad 3)

Next, having spoken concerning that Supper, he connects the things present with the things of that time, that even as on that very evening and reclining on that very couch and receiving from Christ himself this sacrifice, so also now might men be affected; (Homily XXVII on 1 Corinthians 11:17, 6, v. 11:25; NPNF1-12)

If someone (a theologically educated Catholic) spoke of “re-sacrifice” whether before Protestantism or now, it was probably mostly because of the difficulty of the concept of “made present” and the transcendence of time. Mysteries are difficult to describe. I’m sure Lutherans would say the same.

3) Philip Schaff [Protestant] describes the view of the Church fathers as follows:

The doctrine of the sacrifice of the mass is much further developed in the Nicene and post-Nicene fathers, . . . until in all essential points it is brought to its settlement by Gregory the Great at the close of the sixth century. . . . 2. It is not a new sacrifice added to that of the cross, but a daily, unbloody repetition and perpetual application of that one only sacrifice. . . .

According to Chrysostom the same Christ, and the whole Christ, is everywhere offered. It is not a different sacrifice from that which the High Priest formerly offered, but we offer always the same sacrifice, or rather, we perform a memorial of this sacrifice. This last clause would decidedly favor a symbolical conception, if Chrysostom in other places had not used such strong expressions as this: “When thou seest the Lord slain, and lying there, and the priest standing at the sacrifice,” or: “Christ lies slain upon the altar.” (History of the Christian Church, Vol. 3, § 96. “The Sacrifice of the Eucharist”)

Jaroslav Pelikan [Lutheran at the time; later Orthodox] described the patristic view in the same manner:

Liturgical evidence suggests an understanding of the Eucharist as a sacrifice, whose relation to the sacrifices of the Old Testament was one of archetype to type, and whose relation to the sacrifice of Calvary was one of ‘re-presentation,’ just as the bread of the Eucharist ‘re-presented’ the body of Christ . . . (The Christian Tradition: A History of the Development of Doctrine: Vol.1 of 5: The Emergence of the Catholic Tradition (100-600), Chicago: Univ. of Chicago Press, 1971, p. 170)

So I submit that Luther and Lutherans (and the Lutheran Confessions) misunderstood and/or misrepresented what our doctrine was in this respect (which was a not infrequent occurrence). I agree that the terminology has been more greatly and helpfully clarified since that time (starting with Trent), but I also think it was clear enough in less explicit form before Luther, so that its true nature could have been known by Luther, Melanchthon, Chemnitz et al.

Protestant historians Schaff and Pelikan and the quotes from Chrysostom and Aquinas back me up in this contention, I believe: as seen above.

I agree that insofar as Catholics in Luther’s time described the Mass as “re-sacrificing” Christ or as His dying over and over, etc.: that it was wrong and a lousy way to communicate our belief. But who was saying that: is the question? Schaff and Pelikan inform us that what we both agree is the “correct” view, was already present in the fathers (to whom we both appeal as forebears). And it was in Aquinas, too. Which Catholics — who adequately knew their faith — would have said otherwise?

Luther had to respond to the Catholics who were saying that then, and that included some leading figures of the Church at the time, not just poor uneducated peasants. I don’t know whether he would have had the same angry response to the Catholic doctrine as it is stated today. My guess is that he might have had some differences with it at the margins but would not have written about it the way he did about the doctrine as it was presented then. It wouldn’t have been the only time he and Aquinas agreed about something that was taught otherwise in the Catholic Church in his time or later. There were many Catholic leaders at that time, including most of the popes, whose concept of Catholicism was far different from what real Catholic doctrine, as it appears in the early Councils and the Church Fathers, was and is. I think that if a number of errors and false practices that crept into the Church in the 14th and 15th centuries had not existed, there might not have been a Lutheran Reformation. I suspect that had Cajetan been pope instead of Julius II and Leo X, there might never had been a breach between Luther and Rome. I can’t imagine Cajetan authorizing the sale of indulgences, ordering Savonarola’s execution, or sending Aleander to Worms to demand Luther’s execution. But that was the era of the Borgia and Medici popes, and although the Church of that era had some erudite theologians, like Cajetan, Erasmus, Sixtus of Siena and Bellarmine, that wasn’t the caliber of men that were being chosen as popes. I’d love to see what a meeting of Pope Benedict and Matthew Harrison might produce.

But can you produce any Catholic of note in Luther’s time that was talking about “re-sacrificing”? I hope Luther had someone “official” that he was responding to and not just Joe Everyman: some old guy in the pub with purple shoes, etc.

It wasn’t a poor peasant “everyman” or just a general popular piety. This is the way it was being taught at the time.

Indulgences are perfectly biblical, though there was some false teaching by good ol’ Tetzel.

The problem wasn’t the indulgences themselves; it was their sale. Another problem with that situation was the deal that gave rise to Tetzel’s sales–Albrecht von Hohenzollern getting a second archbishopric, borrowing from Bankhaus Fugger and repaying them through the sale of indulgences. That involved both simony and a violation of the canon of Nicaea II on multiple archbishoprics.

Council of Trent, Sixth Session, Chapter I, “He instituted a new Passover, Himself, to be sacrificed by the church through the priests,…” Chapter II, “And since in this divine sacrifice, which is accomplished in the Mass, that same Christ is contained and bloodlessly sacrificed who once, on the altar of the cross, offered Himself a bloody sacrifice.” Canon II: “If anyone says that with these words: “Do this in remembrance of Me,” Christ did not constitute the apostles priests, or did not ordain that they and other priests should offer His body and blood, let him be anathema.” That there was a sacrifice on Calvary, no Christian disputes; likewise there is no dispute among Christians that the Sacrament is the fulfillment of the Passover, which was a type of the Sacrament. That his body and blood are offered by the priest, as the representative of Christ, to the people sacramentally is not a matter of dispute between Catholics and Lutherans; the Zwinglian Reformed denial that they are is not a Lutheran position. But that his body and blood are sacrificed again, not merely re-presented from the one sacrifice, that is a matter of dispute. No question, there is precedent for the present mode of explaining the Mass in many earlier Catholic writers–writers whom, for the most part, Lutherans respect greatly; but the language of Trent is at best infelicitous.

Well, once again, you haven’t documented that anyone taught that way, excepting Trent, which is explained by the context of Chapter I. I’m not denying that such people exist, but I’m curious if Lutherans actually reference official sources and not just a priest or bishop here and there who talks about “re-sacrificing” Christ.

Trent (since you brought it up) actually refers to “re-presentation”: precisely as you stated above, was to be preferred. I cite from the latest (43rd) version of Denzinger (Ignatius Press, 2012):

Chapter I (Sacrifice of the Mass):

He, then, out Lord and God, was once and for all to offer himself to God the Father by his death on the altar of the Cross to accomplish for them an everlasting redemption . . . the bloody (sacrifice) that he was once for all to accomplish on the Cross would be re-presented, its memory perpetuated until the end of the world . . . (#1740, p. 417)

Dogmatic Canons and Decrees (TAN, 1912) translates it less meticulously as “He was about to offer Himself once on the altar of the Cross . . . that bloody sacrifice, once to be accomplished on the Cross, might be represented . . .” (pp. 132-133).

The Latin is repraesentaretur (third-person singular imperfect passive subjunctive of repraesentō — Wiktionary). I looked it up in an online Latin Lexicon and it gives as meanings for the verb: “to make present, set in view, show, exhibit, display, manifest, represent, depict.”

See also the related dialogue with Pastor Howes: “Is the Mass a Re-Sacrifice?” (2012). I made many of the same points then, and other additional ones, but I have the newest edition of Denzinger now, which is proving quite helpful. And see these related articles also: 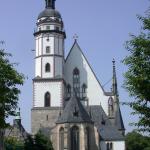 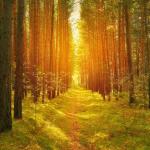 April 4, 2018 Conversion to Catholicism: Reflections on its Complexity
Recent Comments
0 | Leave a Comment
Browse Our Archives
get the latest from
Biblical Evidence for Catholicism
Sign up for our newsletter
POPULAR AT PATHEOS Catholic
1