Council of Constance (1414-18): Triumph or Death of Conciliarism? 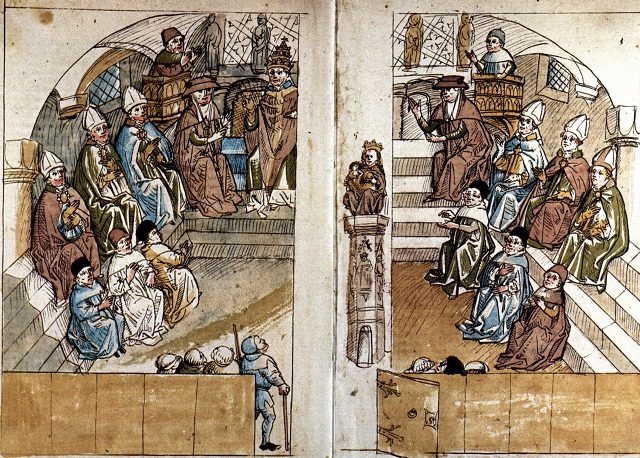 This holy synod of Constance, forming a general council for the extirpation of the present schism and the union and reformation, in head and members, of the Church of God, legitimately assembled in the Holy Ghost, to the praise of Omnipotent God, in order that it may the more easily, safely, effectively and freely bring about the union and reformation of the church of God, hereby determines, decrees, ordains and declares what follows: – It first declares that this same council, legitimately assembled in the Holy Ghost, forming a general council and representing the Catholic Church militant, has its power immediately from Christ, and every one, whatever his state or position, even if it be the Papal dignity itself, is bound to obey it in all those things which pertain to the faith and the healing of the said schism, and to the general reformation of the Church of God, in bead and members. It further declares that any one, whatever his condition, station or rank, even if it be the Papal, who shall contumaciously refuse to obey the mandates, decrees, ordinances or instructions which have been, or shall be issued by this holy council, or by any other general council, legitimately summoned, which concern, or in any way relate to the above mentioned objects, shall, unless he repudiate his conduct, be subject to condign penance and be suitably punished, having recourse, if necessary, to the other resources of the law. (translated by J.H. Robinson)

The biblical model is the pope as leader working “collegially” with bishops and even the opinion of the mass of laypeople (sensus fidelium). Just because they may not have final say, it doesn’t follow that their input is worthless.

The Orthodox have councils and no pope; the Protestants have neither councils nor popes. We have both, and I think that is the biblical model (for example, the Jerusalem Council in Acts 15, presided over by St. Peter).

A pope can recognize a legitimate ecumenical council without accepting every particular in it. The most famous example is Pope St. Leo the Great, with regard to the 28th canon of the Council of Chalcedon in 451, having to do with the apostolic status of Constantinople (which he rejected). Historians and other scholars disagree that this council had papal approval in its entirety and also the view that these conciliar decrees on conciliarism were not “radical” but only “moderate”.

Philip Hughes is one such prominent Church historian. In his book, The Church in Crisis: A History of the General Councils, 325-1870 (Garden City, New York: Doubleday / Hanover House, 1961), he writes, concerning the conciliar decree of Frequens, calling for very frequent ecumenical councils: “There is no need to explain what a revolution in the government of the Church was thus attempted” (p. 270).

Referring to seven decrees that didn’t include Sacrosancta and Frequens, Hughes writes: “to which alone of the reforms of Constance the papal approval was given” (ibid., p. 271). He then reiterates that these attempted conciliarist reforms were not in accord with sacred tradition: “[T]hings have been done and things said — things impossible to harmonise with the tradition — with all the apparent prestige of a General Council” (ibid., p. 273).

Martin V, who was to emerge from the council as the next pope, approved most of the decrees of the Council. Thus it was a General Council of the universal Church, even though some of the decrees issued were out-and-out heresy; these decrees were rejected by later popes. In this, the gathering was not unlike some of the earlier Councils, which also got out of hand, and were approved only in part by the Roman Pontiff. But like them, this Council remained a General Council in the proper sense of the word in those matters which were approved by the head of the body of bishops.

Murphy writes about the next pope, Eugene IV:

[T]he bishops who had gathered at Basel were angered when they heard that the Pope had dissolved the Council. They reissued the heretical decrees of Constance, stating once again that the General Council is superior to the Pope, and that he has no power to dissolve such a gathering . . . the Pope . . . refused to accept the decrees concerning the supremacy of a General Council. (pp. 139-140)

Eminent Church historian Warren H. Carroll fills in more details of this selective papal acceptance of the decrees of these Councils, in the third volume of his seven-volume A History of Christendom:

As he prepared his decree dissolving the Council, Pope Martin V faced an extraordinarily difficult and delicate decision: how much, and to what extent, to confirm its actions. Under canon law and the unbroken tradition of the Church, no action even of an ecumenical council is authoritative for the universal Church without the approval of the Pope. Clearly Pope Martin V did not and could not approve the decrees Sacrosancta and Frequens . . . But for Martin V openly to strike down these decrees, which had been overwhelmingly approved, could well resurrect the schism in a different and even more virulent form, Council against Pope.

. . . The phraseology he found was masterful. He confirmed the work of the council, “all that here has been done, touching matters of faith, in a conciliar fashion, but not otherwise or after any other fashion.” Unpacked, this meant that he confirmed everything the Council had decreed regarding doctrine and heresy, and everything else it had done in its proper role as a council, that is, not against the necessary authority of the Pope; but that he did not confirm anything it had done which was not proper for a council, that is, which did challenge the necessary authority of the Pope. Neither the Pope nor the Council wanted to say or ask what this convoluted formula precisely meant, though its meaning can hardly have been unclear to any well-educated canonist.

. . . Pope Martin’s very carefully qualified endorsement of the Council’s decrees did not confirm any action placing the Council’s authority above the Pope’s, which Frequens as well as Sacrosancta specifically stated.

. . . But the Pope [Eugenius IV] would not yield to their demands, and on July 29, 1433 he formally annulled all decrees of the Council [Basel] “contrary to the Holy See” (obviously including Sacrosancta).

. . . In December [1433], in a new version of the bull Dudum sacrum, Pope Eugenius IV restored recognition to the Council of Basel, withdrew his decree dissolving it, and authorized it to deal with heresy, war and peace, and reform, but without specifically confirming any of its acts, notably its reiteration of the heretical decree Sacrosancta. (The Glory of Christendom, Front Royal, Virginia: Christendom Press, 1993, 502, 526, 530-531)

The Catholic Encyclopedia (1911) also elaborates upon the nullity of the radical conciliarism decrees:

[I]n a papal consistory (10 March, 1418), Martin V rejected any right of appeal from the Apostolic See to a future council, and asserted the supreme authority of the Roman pontiff as Vicar of Jesus Christ on earth in all questions of Catholic Faith (Nulli fas est a supremo judice, videlicet Apostolicâ sede seu Rom. Pontif. Jesu Christi vicario in terris appellare aut illius judicium in causis fidei, quæ tamquam majores ad ipsum et sedem Apostolicam deferendæ sunt, declinare, Mansi, Conc., XXVIII, 200). Von Funk has shown (op. cit., 489 sqq.), that the oft-maintained confirmation of the decrees of Constance by Martin V, in the last session of the council (omnia et singula determinata et decreta in materiis fldei per præsens concilium conciliariter et non aliter nec alio modo) must be understood only of a specific case (Falkenberg, see below), and not of any notable part of, much less of all, the decrees of Constance. It is true that in the Bull Inter Cunctas, 22 Feb., 1418, apropos of the Wycliffites and Hussites, he calls for a formal approval of the decrees of Constance in favorem fidet a salutem animarum, but these words are easily understood of the council’s action against the aforesaid heresies and its efforts to restore to the Church a certain head. In particular the famous five articles of the fifth session, establishing the supremacy of the council, never received papal confirmation (Hergenröther-Kirsch, II, 862, and Baudrillart, in Dict. de théol. cath., II, 1219-23). For a refutation of the Gallican claim that these decrees possess a dogmatic character, see GALLICANISM. Nevertheless, the Council of Constance is usually reckoned the Sixteenth General Council; some, as stated above, acknowledge it as such after the fourteenth session (reconvocation by Gregory XII); others again (Salembier) after the thirty-fifth session (adherence of the Spanish nation); Hefele only in the final sessions (forty-second to forty-fifth) under Martin V. No papal approbation of it was ever meant to confirm its anti-papal acts; thus Eugene IV (22 July, 1446) approved the council, with due reserve of the rights, dignity, and supremacy of the Apostolic See (absque tamen præjudicio juris dignitatis et præeminentiæ Sedis Apostolicæ). (Vol. IV, 291, “Constance”)

Its fourth and fifth sessions, beginning April 6, 1415, mark an epoch in the history of ecclesiastical statement. The council declared that, being assembled legitimately in the Holy Spirit, it was an oecumenical council and representing the whole Church, had its authority immediately from Christ, and that to it the pope and persons of every grade owed obedience in things pertaining to the faith and to the reformation of the Church in head and members. It was superior to all other ecclesiastical tribunals. This declaration, stated with more precision than the one of Pisa, meant a vast departure from the papal theory of Innocent III. and Boniface VIII.

. . . The conciliar declarations reaffirmed the principle laid down by Nieheim on the eve of the council in the tract entitled the Union of the Church and its Reformation, and by other writers . . .

These views were revolutionary, and show that Marsiglius of Padua, and other tractarians of the fourteenth century, had not spoken in vain. (History of the Christian Church, vol. 6, chapter 2, § 16. The Council of Constance. 1414–1418)

Likewise, reputable Protestant Reformation historian A. G. Dickens, in his work, The Age of Humanism and Reformation (Englewood Cliffs, NJ: Prentice-Hall, Inc., 1972, 42), described the conciliarist declarations concerning the papacy as “revolutionary work,” and the ideas of the Council of Basle (1431-1439) “even more radical.”

I shall conclude with renowned Catholic historian Joseph Lortz (generally considered “fair” to Protestantism, conciliatory, and the very opposite of a so-called “triumphalist” historian, while remaining an orthodox Catholic). Note his descriptions of the conciliarism of Constance as a new innovation:

The council [of Constance] enumerated the doctrine of the supremacy of the universal council (conciliar theory) over the pope. It is true that the most influential leaders of the movement at the time were not extremists. They realized that the theory was novel but felt that the present exigency called for this new way. In fact they could find no other solution to the crisis. But even though viewed as a temporary expedient, the theory is false and contravenes the order established by Christ for the government of His Church. It was never approved by the pope — in confirming the canons of the council Martin V rejected it. (History of the Church, translated and adapted from the 5th and 6th German edition by Edwin G. Kaiser, Milwaukee: The Bruce Publishing Co., 1939, 268) 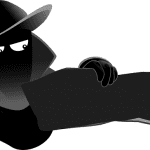 April 6, 2018
"Everything Saved": More Dim-Witted Bashing of Pope Re Hell
Next Post 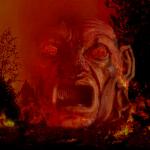