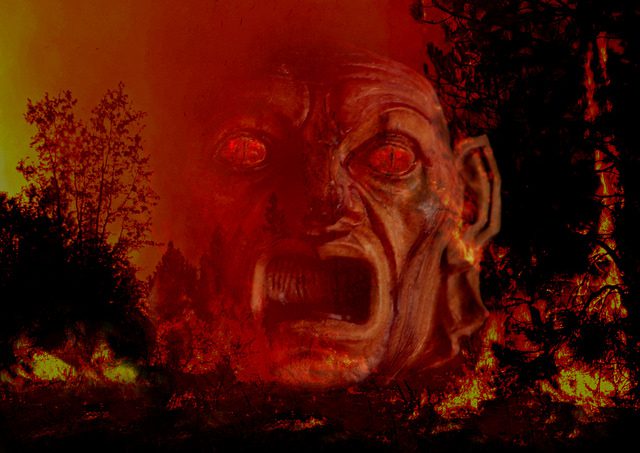 The following words, up to the five asterisks (with my blue highlighting), are all from Pope Francis’ Apostolic Exhortation, Gaudete et Exsultate, dated 3-19-18:

117. . . . Saint John of the Cross proposed a different path: “Always prefer to be taught by all, rather than to desire teaching even the least of all”.[96] And he added advice on how to keep the devil at bay: “Rejoice in the good of others as if it were your own, and desire that they be given precedence over you in all things; this you should do wholeheartedly. You will thereby overcome evil with good, banish the devil, and possess a happy heart. . . .

140. When we live apart from others, it is very difficult to fight against concupiscence, the snares and temptations of the devil and the selfishness of the world. . . .

158. The Christian life is a constant battle. We need strength and courage to withstand the temptations of the devil and to proclaim the Gospel. This battle is sweet, for it allows us to rejoice each time the Lord triumphs in our lives.

159. We are not dealing merely with a battle against the world and a worldly mentality that would deceive us and leave us dull and mediocre, lacking in enthusiasm and joy. Nor can this battle be reduced to the struggle against our human weaknesses and proclivities (be they laziness, lust, envy, jealousy or any others). It is also a constant struggle against the devil, the prince of evil. Jesus himself celebrates our victories. He rejoiced when his disciples made progress in preaching the Gospel and overcoming the opposition of the evil one: “I saw Satan fall like lightning from heaven” (Lk 10:18).

More than a myth

160. We will not admit the existence of the devil if we insist on regarding life by empirical standards alone, without a supernatural understanding. It is precisely the conviction that this malign power is present in our midst that enables us to understand how evil can at times have so much destructive force. True enough, the biblical authors had limited conceptual resources for expressing certain realities, and in Jesus’ time epilepsy, for example, could easily be confused with demonic possession. Yet this should not lead us to an oversimplification that would conclude that all the cases related in the Gospel had to do with psychological disorders and hence that the devil does not exist or is not at work. He is present in the very first pages of the Scriptures, which end with God’s victory over the devil.[120] Indeed, in leaving us the Our Father, Jesus wanted us to conclude by asking the Father to “deliver us from evil”. That final word does not refer to evil in the abstract; a more exact translation would be “the evil one”. It indicates a personal being who assails us. Jesus taught us to ask daily for deliverance from him, lest his power prevail over us.

161. Hence, we should not think of the devil as a myth, a representation, a symbol, a figure of speech or an idea.[121] This mistake would lead us to let down our guard, to grow careless and end up more vulnerable. The devil does not need to possess us. He poisons us with the venom of hatred, desolation, envy and vice. When we let down our guard, he takes advantage of it to destroy our lives, our families and our communities. “Like a roaring lion, he prowls around, looking for someone to devour” (1 Pet 5:8).

162. God’s word invites us clearly to “stand against the wiles of the devil” (Eph 6:11) and to “quench all the flaming darts of the evil one” (Eph 6:16). These expressions are not melodramatic, precisely because our path towards holiness is a constant battle. Those who do not realize this will be prey to failure or mediocrity. For this spiritual combat, we can count on the powerful weapons that the Lord has given us: faith-filled prayer, meditation on the word of God, the celebration of Mass, Eucharistic adoration, sacramental Reconciliation, works of charity, community life, missionary outreach. If we become careless, the false promises of evil will easily seduce us. As the sainted Cura Brochero observed: “What good is it when Lucifer promises you freedom and showers you with all his benefits, if those benefits are false, deceptive and poisonous?”

168. This is all the more important when some novelty presents itself in our lives. Then we have to decide whether it is new wine brought by God or an illusion created by the spirit of this world or the spirit of the devil. At other times, the opposite can happen, when the forces of evil induce us not to change, to leave things as they are, to opt for a rigid resistance to change. . . .

Footnote [121] Cf. PAUL VI, Catechesis, General Audience of 15 November 1972: Insegnamenti X (1972), pp. 1168-1170: “One of our greatest needs is defence against that evil which we call the devil… Evil is not simply a deficiency, it is an efficiency, a living spiritual being, perverted and perverting. A terrible reality, mysterious and frightful. They no longer remain within the framework of biblical and ecclesiastical teaching who refuse to recognize its existence, or who make of it an independent principle that does not have, like every creature, its origin in God, or explain it as a pseudo-reality, a conceptual and imaginative personification of the hidden causes of our misfortunes”.

Now, of course, the more extreme pope-bashers have a ready explanation for this. They simply say that he doesn’t sincerely believe what is expressed in these utterances. Their purpose is merely to fool folks into believing that he is an orthodox Catholic, so he can deceive more people than otherwise. Mix a little truth in with the supposed relentless modernism and anti-traditionalism . . .

In this way, whenever he says orthodox stuff that someone like me then cites, it has no bearing on his personal beliefs, because it’s all a deception, a deliberate lie, duplicitous, devious, jesuitical . . . See how it works? He doesn’t really believe these things (wink wink). I have seen this mentality actually expressed. This conspiratorial, tin-foil hat mentality exists out there right now.

To cite just one example, radical Catholic reactionary Hilary White: columnist for reactionary venues,  The Remnant and Lifesite News, wrote on her Twitter on 3-29-18: “It doesn’t matter what he says. It’s irrelevant that he has said in the past that Hell exists . . . The purpose is to create doubt. The only thing he really believes in is unbelief.” 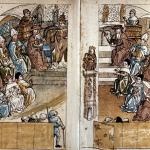 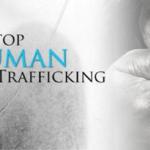 April 9, 2018 Pope Francis: All Life: Preborn and Born, is "Equally Sacred"
Recent Comments
0 | Leave a Comment
"The evidence for a "shorter" Goliath is pretty compelling. Both the Septuagint, which attests that ..."
Douglas Withington Goliath’s Height: Six Feet 9 Inches, ..."
"I don’t know if other Patheos writers read this blog, but that photo with which ..."
Reaganista Thoughts on Roe Being Overturned
"Mr. Armstrong, do you think monkeypox should get a new name? The World Health Organization ..."
Christopher Stuart Why Has Italy Suffered the Most ..."
"Yes, and your own posts are the best argument against your ideology."
Reaganista Thoughts on Roe Being Overturned
Browse Our Archives
Related posts from Biblical Evidence for Catholicism