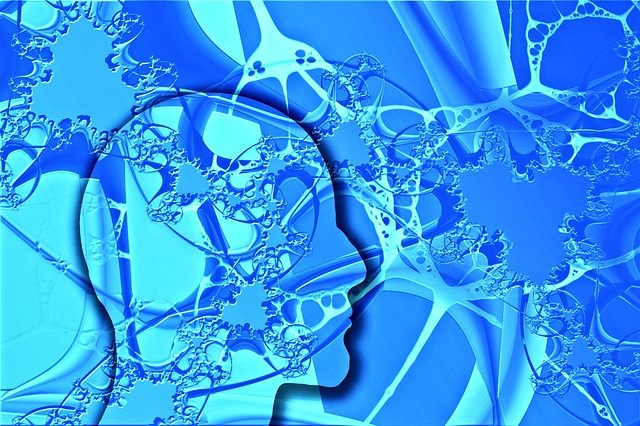 Follow-up to Part I. Words of Anthrotheist will be in blue.

“To the contrary, there is a unified set of moral principles common to all societies at all times.”

The example given (Lewis) basically seems to boil down to: don’t murder, don’t steal, don’t break vows (marriage or otherwise), don’t lie, respect authority, and take care of the sick, the elderly, and children. I think it would be difficult to find a stable, enduring society without these basic behaviors encoded in their morality.

Yep. That’s what we would expect (with differences in particulars and  details), and that’s what we indeed find.

Instead, if the Christian God is the one true god, why don’t more societies around the world and through time have rules like, “Have only one God”, “Don’t use God’s name the wrong way”, or “Keep one day of the week holy”?

As to the first thing: because there is also falsehood widely promulgated, including polytheism or atheism. So one can see some trends in agreement, but also other due to all the usual reasons that human beings believe in any falsehoods. Thus, the common ground is religiosity, but not in all particulars. The second and third are more tied to actual revelation in Holy Scripture, so that those unfamiliar with it wouldn’t know of those things.

Those are not strictly necessary for any society to be stable, are particular to Christianity, and as far as I am aware are pretty much entirely unseen outside of Abrahamic religions.

Yes, because the Abrahamic religions are monotheistic, which included setting aside one day of the week for a focus on worship.

In fact these consistent requirements for human societies, and vast variations in the less essential moral traditions, are exactly what I would expect to find in a world where every culture needed to survive; but where none of them shared any particular revelation of the universe at large.

They differ in aspects having to do with revelation and inspired holy books. Otherwise, they share a lot in common.  This is exactly what I would expect to find. But I don’t think the shared moral sense would be there without a God to ground it. We don’t have a very good idea what a world with no God would be like: the abject horror, hopelessness, and meaningless of it, since the world we live in does include God. I think that’s one reason why hell is so horrible, because hell is a world without God.

As for the problem of evil; from what I can tell, it boils down to me saying, “I makes no sense to me at all why a perfect God would set things up this way or allow them to continue”, to which you naturally respond, “If you were as perfect (smart, good, eternal, etc.) as God it would make sense to you, but since you are not it doesn’t.”

That’s a big part of the response, since if such a God exists, obviously, He would be infinitely wiser than we are, and we would fully expect to not understand many things that He does or allows. But that’s not all of it. We also provide plenty of suggested scenarios and reasons as to why God would allow evil, or the amount of it that we observe.

I feel like such a response is an appeal to a perfect solution: we can never know the mind of a perfect God because we can never be perfect, so therefore we can never question anything about how God made the universe or how he oversees it now.

The Bible doesn’t tell us to blindly accept, but to question and to understand with reason as well as faith. I don’t think one atheist in a hundred understands this, so repetition is the best teacher.

It’s a conversational dead end. If that isn’t your response to such challenges, I apologize and look forward to being corrected (though responses like, “What He thinks is “unnecessary” and what you do may be two very different things.” points me in this direction).

As I said, I have dealt with the problem of evil many times, so I am doing what you suggest (see my Philosophy web page): so have hundreds of other Christian apologists and philosophers of religion. Most agree with me that it is the most difficult problem that Christians need to try to explain to nonbelievers.

As for the problem of good, the issue seems to be, “Nobody is sure to be punished for their evil or rewarded for their goodness without an afterlife, which should be a terrible and disturbing thought.” Agreed. It is terrible and disturbing; it is also no coincidence that many atheists are progressives, striving to improve the world as it is now exactly because we believe that this is the only time and place where wrongs can be righted and rights can be elevated. I can’t really see the notion of justice-after-death being useful for anything but wishful thinking (which isn’t necessarily useless or dishonest) or rationalizing behaviors like forced conversions (which I find necessarily are monstrous).

Which is it? First you say you agree that no justice after death for Hitler et al “is terrible and disturbing” then you say such a view isn’t “useful for anything but wishful thinking.” It all depends whether there is  god to administer such justice. But I think that universe makes much more sense, and I think all the evidence points to it being the actual state of affairs..

Regarding the ‘atheist worshiping atoms/time’ vs ‘theists not really believing’ analogy, I admit that I regret pulling the ‘cancer card’. Normally, I try to avoid using examples like that due to the emotional impact involved, which does nothing for my argument and usually sours the conversation. It seemed to spiral this conversation downward a bit, and for that I am sorry.

I appreciate your gracious consideration but I have no problem with it. I agree that it did nothing for your argument. It also gave me the opportunity to address one of my pet peeves: blaming God for what is clearly largely human fault and blame. So in my opinion it was a double gain for my position.

Back to the point, I think your analogy overstates the atheist’s position to the point of it being inaccurate. Theism invariably involves agency and reverence (otherwise it would be deism wouldn’t it?); atheists’ views on time and matter is causal and without expectations of the presence of intent, and is explanatory and not reverential (though the contemplation of deep time can easily inspire awe and wonder). The best that an atheist is likely to grant is some type of deism, where something put the universe into motion and has allowed it to play out ever since; that doesn’t seem to be what you are characterizing by your analogy.

Your problem remains: how to explain that matter has all this amazing capability: from whence did that come? No one has answered it yet, to my knowledge, and that includes you (thanks for yet another verification). And as long as that remains the case, it’s just as plausible and reasonable to posit a God Whop created the potentialities and marvels that we see in the universe.

The final two points I see are where theism would not be accused of invoking the “God of the gaps”, and the trust that God is not a malevolent tyrant by whom a person could unwittingly find themselves cursed. The second point is perhaps simpler for me: unlike the theist who — after rejecting all presentations of God except one — can accept their one belief as truth, I am an atheist who has rejected all presentations of God, so once I begin to contemplate God’s nature I am faced with any of the possibilities of God that exist in the world; and not all of those Gods are so nice (arguably even the one found in the Old Testament!).

I don’t think you properly understand the nature of this God. If you did, perhaps you would reconsider that He exists, because your mistaken belief that He is something that He is not appears to play a role in your rejecting Him, or His existence.

As for the “God of the gaps” issue, it seems to me to come down to saying, “I don’t know, therefore God.”

Some people do that, and I agree; it’s inadequate. What more educated, apologist-types like me are saying is, rather: “Since science has no explanation whatever for things like the origin of life, the cause of the Big Bang, origin of DNA, and consciousness (let alone plausible step-by-step Neo-Darwinian explanations of the alleged evolutionary progression), it is as at least as (if not much more) rational and plausible to believe that God caused these things, as to think that matter alone did.”

That’s not God of the gaps; it’s simply a rejection of tunnel vision materialism and incorporation of the theistic arguments proposed by intelligent philosophers for at least 2500 years now. I just went through a runaround with a rather consdescending agnostic who held to a foolish “science-only” view of reality (scientism). He was a physicist. I asked him how much philosophy he took in college. It turns out that he took none whatsoever. I had five philosophy courses, including philosophy of science, and of space and time. After I pointed that out to him, he was no longer interested in discussion. He also stopped expressing his dripping disdain and intellectual snobbery real fast.

Honestly, I have no problem with that (my dad was an alcoholic, and even as an atheist himself he found some comfort in the phrase “Let go and let God”). What I have a problem with is, “I don’t know, therefore God . . . but I do know for sure that God also approves/disapproves X, Y, and Z and therefore everyone else should too.” If God’s truths are discoverable, then we don’t need to invoke him as the mysterious answer to the unknown; if God’s truth is mysterious, then we cannot know it with enough certainty to demand that the world conform to our imperfect understanding of it.

I have explained my theist / Christian point of view. You can have the last word. 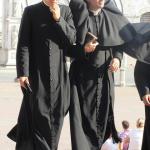 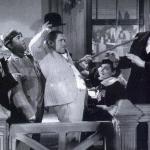