The Eucharist, Incarnation, and Reason: Reflections 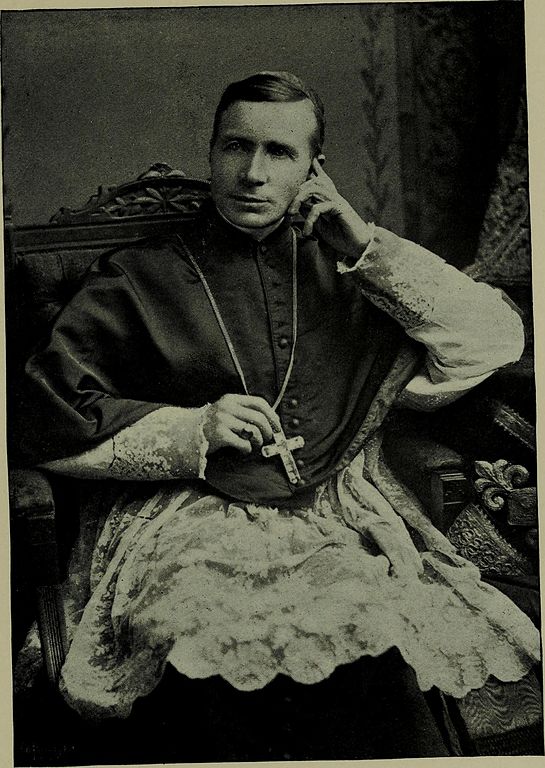 [Material compiled for the early (750 page!) draft (1994) of my first book, A Biblical Defense of Catholicism]

I. THE EUCHARIST AS AN EXTENSION OF THE INCARNATION

Sacrament, recalling and presenting the Incarnation itself, is not so much supernatural as quintessentially natural, because it restores to nature its true function of being full of God . . . Indeed heaven and earth are full of His glory. Nature is the God-bearer, so to speak . . . In the Sacrament, bread, which is already a metaphor, is taken and raised to a dignity beyond mere metaphor . . . one step away from the Incarnation itself . . . It is a scandal. God is not man, any more than bread is flesh. But faith overrides the implacable prudence of logic and chemistry . . .

This mystery . . . may be held only in faith, even though it, like the Incarnation, Resurrection, and Ascension, exists quite apart from faith. `out there’ in the real world. (Evangelical is Not Enough, Nashville: Nelson, 1984, 110-112)

The relationship of the two mysteries is so close that they serve to complement, illuminate, and clarify each other . . . The Eucharist, like the Incarnation, is manifestly an astounding supernatural work of God. It is a work hidden from the intellect, and is quite beyond our understanding. It is a true mystery . . .

The Eucharist is meant to be the continuation of the Incarnation . . . As the elevating and transforming power of the Incarnation is continued and perfected in the spiritual mode of that body’s existence, so the union of the invisible with the visible, of the divine with the human, which we observed in the Incarnation, is distinctly brought out in its sacramental existence. (The Mysteries of Christianity, translated by Cyril Vollert, St. Louis: B. Herder, 1951 [from 2nd edition, 1887], 469 ,477-478, 522)

II. THE EUCHARIST AND REASON

Is not the Scripture full of incomprehensible mysteries? Do you not believe in the Trinity — a mystery not only above, but apparently contrary to, reason? Do you not admit the Incarnation — that the helpless infant in Bethlehem was God? I understand why Rationalists, who admit nothing above their reason, reject the Real Presence; but that Bible Christians should reject it is to me incomprehensible. (The Faith of Our Fathers, New York: P. J. Kenedy & Sons, revised edition, 1917, 240)

How, precisely, we may speak of bread and wine as Christ’s Body and Blood is as baffling as how we may speak of Jesus as both man and God, or of His mother as a virgin, or of the Bible as the Word of God. The matter will not yield itself either to chemistry or logic . . .

The human mind, and perhaps especially the `spiritual’ mind, has a deep-running suspicion of anything that really does bridge the gulf between spirit and matter . . . All transcendentalists, logicians, Buddhists, and Manichaeans hate this sort of thing. We must keep spirit and matter in two different realms, they urge. (Evangelical is Not Enough, Nashville: Nelson, 1984, 109)

Transubstantiation is the only doctrine which will secure fidelity to tradition on one side, and the evidence of our senses on the other. The four most baffling mysteries of our religion — the Trinity in Unity, the Union of Natures in the Incarnation, the Real Presence in the Holy Eucharist, and the relation between Grace and Free Will . . . drive in their wedges (so to speak) at the weakest points in our human philosophy . . . A change of substance which leaves the accidents unaffected – hard for us to imagine; but, then, whose imagination is not puzzled by the whole relation of universals to particulars? . . . There is nothing inconceivable in doctrines such as those we have been citing; they are outside our experience, but not repugnant to thought. The imagination, however, naturally recoils from the contemplation of them, because their very terms plunge us into mystery. (The Belief of Catholics, Garden City, New York: Doubleday Image, 1927, 152-153)

It is often said: such a thing is impossible; therefore it cannot have been revealed. Why may we not turn the argument, and say: such a thing is revealed; therefore it cannot be proved impossible? The latter mode of arguing is safer than the former; for we can always know that which is revealed, whereas we cannot always know that which is impossible, however much we may be misled by prejudice or passion to pronounce it such . . . If therefore, the proofs we have given place beyond doubt the revelation of the dogma, nothing is left but to confess our ignorance, and acknowledge the limitedness of our reason. (The True Religion, New York: P. J. Kenedy & Sons, 1886, 216)

How I hate this folly of not believing in the Eucharist, etc.! If the gospel be true, if Jesus Christ be God, what difficulty is there? (Pensees [“Thoughts”], 17th century)

Reason enlightened by Faith is able to show the appropriateness of the doctrine of the Real Presence and its consonance with the body of supernatural truths, and to reject the objections from reason. The dogma of the Eucharist is suprarational, but not irrational. The Eucharist cannot be estimated according to the laws of experience . . . Walking on the water, the emergence from the sealed tomb, the appearance of the Risen Christ coming through closed doors, attest that the ordinary, empirical mode of existence and action of the human body can be changed by miraculous intervention . . . without its ceasing to be a true human body. (Fundamentals of Catholic Dogma, Rockford, Illinois: TAN Books, 1974, 388)

People say that the doctrine of Transubstantiation is difficult to believe; I did not believe the doctrine till I was a Catholic. I had no difficulty in believing it as soon as I believed that the Catholic Roman Church was the oracle of God, and that she had declared this doctrine to be part of the original revelation. It is difficult, impossible to imagine, I grant — but how is it difficult to believe? . . . For myself, I cannot indeed prove it, I cannot tell how it is; but I say, ‘Why should it not be? What’s to hinder it? What do I know of substance or matter? Just as much as the greatest philosophers, and that is nothing at all;’ . . . And, in like manner: . . . the doctrine of the Trinity in Unity. What do I know of the Essence of the Divine Being? I know that my abstract idea of three is simply incompatible with my idea of one; but when I come to the question of concrete fact, I have no means of proving that there is not a sense in which one and three can equally be predicated of the Incommunicable God. (Apologia Pro Vita Sua, Garden City, New York: Doubleday Image, 1956 [originally 1864], 318)

According to the ordinary laws of thought, reason is quite justified in inferring a substance from the accidents that are naturally associated with it . . . The fact of the mystery is utterly cut off from unaided reason, because it is a supernatural fact, one that is wrought not upon the surface of things, but in their innermost core . . . Its supernatural character places it beyond all natural concepts, and even beyond the natural conceptive power of the intellect . . .

The very foundations of all categories . . . substance and accident, take on relationships and meanings wholly different from those they have when they are looked upon by the eye of unaided reason. Consequently these mysteries do not at all fall under the metaphysics of pure reason . . . They erect a system of a new, supernatural metaphysics . . . in which the roots of all categories appear in a new light . . . and where one member essentially completes and clarifies the other. (The Mysteries of Christianity, translated by Cyril Vollert, St. Louis: B. Herder, 1951 [from 2nd edition, 1887], 470, 478)

This divine love is such that not only does God give Himself to us and for us but, unimaginably, takes us into this very mystery of self-giving and makes us one with His Son, calling us the very Body of this Son who offers Himself to the Father . . . The bread of the Eucharist is the Body of Christ, and the Church is the Body of Christ; and that Body — both Christ’s personal body . . . and his Body the Church –like bread, has only one reason for being: to be broken and given . . . All is offering; all is sacrifice; all is oblation . . . Worship without oblation is no worship. (Evangelical is Not Enough, Nashville: Nelson, 1984, 93-94) 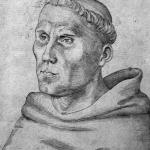 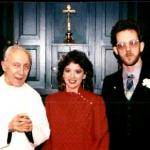