The Sufficiency & Perspicuity of Scripture & the Trinity

The Sufficiency & Perspicuity of Scripture & the Trinity July 18, 2018 Dave Armstrong 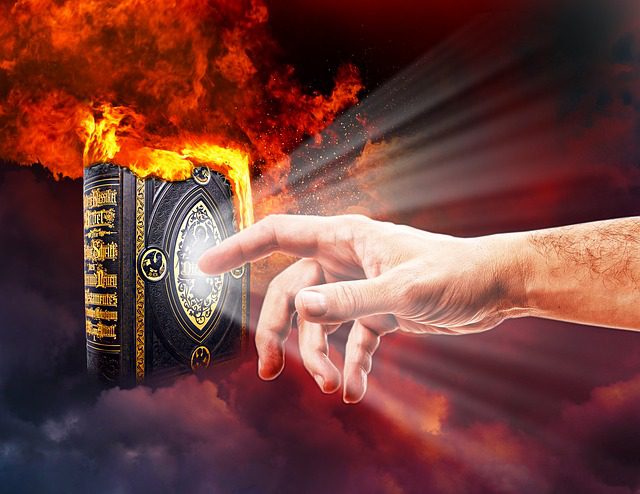 Material sufficiency can be proven from Scripture, but Scripture Alone as a principle was not formally sufficient to prevent the Arian crisis from occurring. In other words, the decisive factor in these controversies was the appeal to apostolic succession and apostolic tradition, which showed that the Church had always been trinitarian. The Arians could not appeal to any such tradition because their Christology was a heretical innovation of the 4th century.

The Arians [who made Christ a mere creature] thus appealed to Scripture Alone. And that is the point Catholics make about this. The Arian formal principle was deficient, so that they could appeal to the Bible Alone and come up with Arianism (just like Jehovah’s Witnesses do today). If they had held also to an authoritative Sacred Tradition, this could not have happened because the “tradition of Arianism” was non-existent.
I would also go on to state that the full development of trinitarianism and Christology in practice was post-biblical and post-apostolic, extending up to the Council of Chalcedon in 451 and even later in some respects (Monothelete christological heresy, etc.).

We claim that apostolic Tradition is necessary along with Sacred Scripture. This was the patristic principle, and how they invariably fought the heretics. The biblical arguments provided the “meat” of their arguments, but in the end they would appeal to the tradition of “what had always been believed everywhere by everyone” (St. Vincent of Lerin’s dictum — the Commonitorium where this comes from is also the most explicit exposition of development of doctrine in the Fathers, and Newman’s starting-point).

I know a little bit about this first-hand because in the early 80s (in my Arminian evangelical days) I was a cult-researcher and counter-cult evangelist and my specialty was Jehovah’s Witnesses: the modern descendants of the ancient Arians. And I refuted them largely (but not totally) from Scripture Alone. I possessed 20 years ago the Reformed-like understanding of sola Scriptura (which incorporates a great respect for Christian history and precedent). I was citing Church history and precedent all over the place.

Cardinal Newman makes the somewhat-related argument that certain passages of the earlier Fathers could, prima facie, be deemed as “Arian” by someone unfamiliar with orthodox christology and its presuppositions. This is what happens with heretics: they misunderstand and misrepresent both Tradition and Scripture. To the extent that they appealed to Tradition at all, they would have to butcher patristic texts which were less explicit and developed and act as if they were consistent with Arian theology. This happened before, during, and after councils as well, particularly with the Monophysites who tried to wrongly interpret certain phraseology by christologically-orthodox Fathers.

Tradition must play the decisive role in such situations by asserting “this is what orthodox Christianity holds.” Hence, the need for creeds (and confessions, in the Protestant traditions, ostensibly based on Scripture Alone and some semblance of orthodoxy-throughout-history, even though operating on a different formal principle than Catholicism or Orthodoxy).

Entire books are written about the Church fathers’ supposed belief in sola Scriptura, when in fact they are merely expressing their belief in material sufficiency of Scripture, and its inspiration and sufficiency to refute heretics and false doctrine generally. It is easy to misleadingly present them as sola Scripturists if their statements elsewhere about apostolic Tradition or succession and the binding authority of the Church (especially in council) are ignored. But a half-truth is almost as bad as an untruth (arguably worse, because in most instances the one committing it should know better).

I think one could definitely argue that trinitarianism is not crystal-clear and explicit in Scripture. This follows from the historical fact that trinitarianism in all its Chalcedonian fullness was the end-result of a process that took over 400 years. That is not insignificant.  It’s simply history. If Chalcedonian trinitarianism and the Two Natures of Christ, etc. were explicitly biblical notions then the theology of same would have been fully-developed by maybe 150-200 A.D. (?) or perhaps even earlier.

But is Scripture sufficient to refute Arianism on its own (which is a different question)? I think so. Nevertheless, I think it is also true that if a person was in a hypothetical situation where they knew absolutely nothing of Church history, Christian theology, and precedent in how these doctrines were and are thought about and derived from Scripture, and was tossed a Bible, that modalism (aka Sabellianism) and Arianism might seem as “plausible” to them as trinitarianism seemed. After all, the Trinity is not an easily grasped doctrine, and it is not immediately accessible to human reason. It is a revelation and mystery which must ultimately be accepted in faith (not to undermine its scriptural proofs).

So, while wholeheartedly agreeing that the case can be made by Scripture, I think we fool ourselves if we don’t recognize the role of Tradition and precedent as a strong influencing factor in how we all think. Most of us have grown up in cultures and/or households where trinitarianism and the Deity of Christ was taken for granted. It was the air we breathed.

But if one grew up in a secular context or was completely ignorant of historic theology, sure, I could see how they could grab a Bible and conclude that it taught Arianism or modalism (which is quite a bit more subtle). Of course, I agree that this would be an opinion based in ignorance of the totality of Scripture teaching and proper exegesis and hermeneutics and lack of understanding of difficult passages where commentary is most helpful. But one could still do it.

In fact, I know this to be the case from my experience in my own life, and in my dealings with Jehovah’s Witnesses. They approach Scripture with a typically liberal, rationalistic mindset whereby they make certain assumptions; e.g., “that three cannot equal one” (which is certainly mathematically or geometrically true but — as it turns out — not applicable to the nature of God).

To be technical, trinitarianism doesn’t assert 3=1, but a different proposition: “God is a Being such that He subsists in three Persons yet remains one God.” We’re not saying that God has three personalities and one at the same time or that He is three gods-in-one. or three gods and one God at the same time. JW’s, though, will say ridiculously assert that trinitarianism entails a “three-headed god.” They can’t even describe the doctrine correctly.

Arianism is obviously a distortion of what I would call the “intellectual/theological imagination.” It is an inability or unwillingness to follow biblical, incarnational mystery where it leads one in revelation. But they do it, and they do it by the millions. And these poor deluded souls are firmly convinced that they are reading Scripture properly. I know; I’ve witnessed to scores of them.

The other example is from my own life. I grew up as a very nominal Methodist. Of course, Methodists are trinitarians, but I knew next to nothing of theology. I was so ignorant at age 17 that when I was watching a movie about Jesus with my older brother (by then an evangelical Christian convert), I was shocked when he said that Jesus was God. I replied, befuddled, “no, he’s the son of God.” Then my brother had an evangelistic opportunity to share some basic Christian christological theology with me. That’s how ignorant I was.

In other words, if one knew very little about theology, they could easily go to the Bible and (just like the JWs) see the verses about Jesus being the son of God (and speak in terms of “we’re all sons of God,” etc.) or where He says “My God and your God” or “the Father is greater than I,” and many other similar passages, it would appear at first glance that He is lesser than God, or at least lesser than God the Father. And that is Arianism. JW’s will use a verse like Revelation 3:14, where Jesus calls Himself “the beginning of the creation of God” (KJV). You can see how they would distort that and think it proves Jesus was created. This is the sort of thing that all heretics have done throughout history.

Catholics view christological theology derived from conciliar pronouncements as binding, as do Protestants for the most part. The Protestant accepts the Tradition because he regards it as a biblical tradition, grounded in Scripture. If the same Catholic tradition pronounces on Mary or the papacy, however, the Protestant rejects it because he claims it is unbiblical.

Binding Church authority is a practical necessity, given the propensity of men to pervert the true apostolic Tradition as taught in Scripture, whether it is perspicuous or not. The fact remains that diverse interpretations arise, and a final authority outside of Scripture itself is needed in order to resolve those controversies. This does not imply in the least that Scripture itself (rightly understood) is not sufficient to overcome the errors. It is only formally insufficient by itself.

I write entire books and huge papers citing nothing but Scripture. It doesn’t mean for a second that I don’t respect the binding authority of the Catholic Church or espouse sola Scriptura. St. Athanasius made some extensive biblical arguments. Great. Making such arguments, doing exegesis, extolling the Bible, reading the Bible, discussing it, praising it, etc., etc., etc., are all well and good (and Catholics agree wholeheartedly); none of these things, however, reduce to or logically necessitate adoption of sola Scriptura as a formal principle, hard as that is for some people to grasp.

We must understand a writer’s comments in context, not only immediate in the piece of writing under consideration, but his overall thought. This is also true of the Church Fathers, so [Protestant polemicists] William Webster, David King, and other people intent on anachronistically reading Protestant doctrine and formal principles back into the Fathers, tend to ignore or minimize or de-emphasize passages where Fathers speak of the binding authority of Church or Tradition/Council, because those things disprove the contentions they are vainly trying to make, viz., that the Fathers are more accurately regarded as closer in spirit and teaching to Protestants than to Catholics. 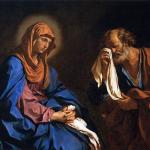 July 18, 2018
Early Development of the Papacy: Random Reflections
Next Post 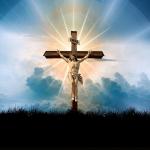