Am I the Christian Equivalent of the “Angry Atheist”?

Am I the Christian Equivalent of the “Angry Atheist”? August 9, 2018 Dave Armstrong 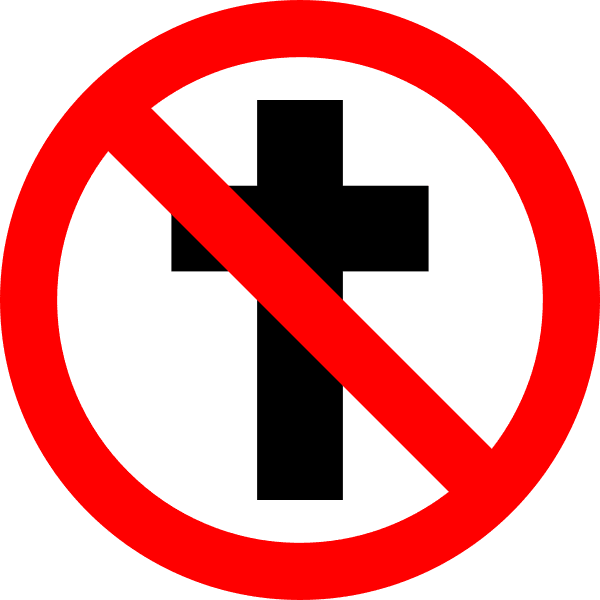 The following came from a critique from Grimlock: a frequent atheist contributor to my blog (I’ve engaged in several lengthy debates with him). He is objecting to my recent blog post, “Why I Blocked Anti-Theist Atheist Bob Seidensticker” (8-8-18), in its combox. It was similar to an earlier paper, called, “Seidensticker: Christians R Intellectually Dishonest Idiots (He Also Projects Onto Me These Bigoted Ideas, as if I Hold the Same About Atheists)” (5-12-18). Grimlock’s words will be in blue. My older words that he is responding to will be in green.

First, let me begin by quoting a blogger whose blog I frequent. I think he got that right.

I think we should acknowledge this, and give people the benefit of the doubt. If we’re are unclear about their attitudes, we ask them. I do not think that you have shown the charity due any discussion partner to Bob, nor conceded that everyone generalizes from time to time. Basically, this reads to me like a hatchet job.

As a demonstration, here are some quotes by you about atheists that could be shown to “demonstrate” your “bad” attitude towards us atheists. Of course, I don’t think they actually show your true attitude. I know you well enough by now to realize that you’d give more nuanced answers if asked to elaborate. I could also find far more favorable quotes if I were so inclined.

Atheism in my opinion is an intellectual malady: a state in which no evidence is ever sufficient to dissuade the atheist because they will it to be so.

(Note: You retracted this statement later when confronted about it.)

Secular, logical, scientific ideas are equally futile with atheists when it comes to this topic. You guys are far more “dogmatic” than us.

The rest of your comments simply prove what is always the case with atheists: the evidence is never enough, no matter how much we submit to them

You and atheists to a person will blow all that off as fairy-tales, insufficiently documented by trustworthy sources (what else is new?).

Atheists generally squirm when asked fundamental, bottom-line epistemological questions about their own belief-systems, and I think many of them do because they know down-deep that they don’t have very good reasons

This is just a quick search for one word. Imagine what a damning post I could write with a bit of effort!

Of course, you have explained why you engage in such generalizations. For instance…

#1 Rhetorical exaggeration: justified in light of many such silly comments by atheists (when talking about Christianity) that both Jim and I have experienced countless times

But I fail to see you allowing for similar reasons for Bob. That looks to me like a classic case of the fundamental attribution error, or something very similar.

I think Bob makes a very good suggestion when he writes this:

Tip: find a trusted friend who can read and summarize your comments–either for a week, or maybe just your interactions with antagonists, or maybe just this one brief conversation with me. Ask them how they think you come across to objective readers and see if there isn’t a little room for improvement in your approach

This is good advice to anyone, I think. It’s very hard to objectively assess one’s own behaviour, and how it is perceived by others. To take a concrete example by what you write, you refer to a comment by Bob as being passive-aggressive. While you do concede that the comment to which he responds was somewhat sarcastic, your own comment (which was first) reads to me as far more snarky and debilitating to a constructive dialogue. Others, I’m sure, will disagree. My point is that perceptions differ, and when it’s our own behavior that’s involved, we’re crap at assessing it accurately.

Of course you defend Bob. You defended him last time when I exposed his relentless prejudice against Christians and his poor treatment of us and of Christianity. Apparently he is some kind of hero or revered figure in your eyes, so you automatically defend him. Or else you are inclined to defend any atheist who is harshly (but rightly and justly). criticized by a Christian. That’s the only way I can comprehend your opposing what I find to be utterly obvious and unarguable.

I don’t buy it. The evidence is overwhelming and indisputable, and his recent behavior with me is perfectly harmonious with it. It’s what we would expect, and he acted it out, consistent with his profound prejudice.

You can find tough things that I say about atheists, sure (and many other groups where I have strong disagreements, too, in specific cases). But it’s almost always qualified (or perhaps on occasion should have been in context). What I don’t say — never say — for sure, is that atheists as a class are fundamentally infantile or intellectually dishonest or stupid or anti-scientific or anti-evidential or anti-science. Bob says all this stuff about us, all the time. Just look at the titles of his blasted articles.

He doesn’t qualify. He doesn’t say that this is characteristic of the worst Christians or the fundamentalists or the less educated or most anti-intellectual ones (and there are many such, but they are a small minority of the whole).

In great, east vs. west / black-and-white contrast to that, I say stuff like:

1) atheists can possibly be saved,

2) that one must distinguish between the “open-minded agnostic” and the wholesale rebel against God,

3) that we have much in common,

4) that I am friends with several atheists (and have had good relations with groups of atheists in person),

6) that there is indeed a class of “angry atheists” (very prominent online),

10) I concede that atheists have several legitimate gripes against a lot of Christian criticism of them.

11) I engage in perfectly amiable and enjoyable discussions with non-“angry” / non-anti-theist atheists.

You’ll search in vain for virtually any of the above equivalent elements in Bob Seidensticker’s ranting and raving, hyper-polemical, ever-belittling anti-Christian articles. The contrast couldn’t be any greater than it is.

The spirit is entirely different. I don’t approach individual atheists with a chip on my shoulder and a pompous, condescending, superior attitude as Bob does with us (and as many atheists of his type: the anti-theists do). I approach each atheist as an individual, assume their sincerity and good will and intelligence and good faith difficulties that they have with belief in God and Christianity.

At length (in the face of overwhelming evidence, as presently), I may decide that a given individual is prejudiced like Bob and/or intransigently ignorant, and unable to be dialogued with (see many examples of those in the dialogues on my Atheism web page, in the section: “Anti-Theism & the Sub-Group of ‘Angry Atheists’ “), but I don’t start out thinking all (or almost all) atheists are idiots or intellectually dishonest from the get-go, as Bob does with us, or virtually does with us. That is the hallmark of bigotry and pompous assery.

So, nice try, but no cigar. Unless both sides are willing to call out the bigots and extremists on either side who give their larger group a bad name, the generally very low level of Christian-atheist discourse won’t improve anytime soon. I’ve called out plenty of Christian fools. Sadly, there are lots of ’em, just as there are lots of atheist fools in your camp.

Grimlock also asked a fellow Catholic, Jim Dailey, a question about me:

I thought I’d ask you a potentially interesting question. You seem to be of the impression that Bob’s behavior was worthy of criticism. I was wondering if there is anything of Armstrong’s behavior in that exchange that you think could be perceived as snarky/unconstructive/nasty by Bob, or perhaps an atheist reader?

Jim was gracious and thoughtful enough to defend me a bit:

Is Dave worthy of criticism in the Dave/Bob exchange? Dave expressed frustration, but only after Bob asks a question, and Dave indicates he has explored and written extensively on the topic, and provides links. Bob then ignores all the references and demands Dave summarize them in a couple of sentences.

We are supposed to express unlimited patience, so I suppose Dave should not exhibit frustration, but given the circumstances, the interlocutor, and everyone’s shortage of time, I think Dave shows an abundance of patience.

But fair enough. We do differ somewhat in our assessment of that exchange, but I guess that’s not surprising.

Jim had written in criticism of Bob:

Sorry for recommending that you interact with him. Believe it or not, I consider him one of the better posters at Patheos Nonreligous (which should really be changed to Patheos Christian Bashing).

I saw a debate between Leah Libresco (former Patheos Atheist poster who converted to Catholicism and posted here for a while) and Hemant Mehta of “Friendly Atheist” (whose names should be changed to “Meta Hater” and “Unfriendly Atheist, respectively). Libresco pinned his ears back in a controlled debate setting where he was admonished several times to stay on topic.

I had been hoping for a similar experience in his discussions with you, but underestimated his willingness to rely on prevarication and nastiness.

Shamefully, I did enjoy watching him squirm in your interactions.

I think this outcome is inevitable if a person is in fact bigoted against Christianity (as I proved, I think, about Seidensticker back in May, documenting from his own words). They are incapable of having an honest, open discussion with a Christian. It’s the same dynamic we see with the anti-Catholic Protestant, who is incapable of being fair and honest about Catholicism. True bigotry incapacitates an [often] otherwise thoughtful / intelligent mind and analysis. 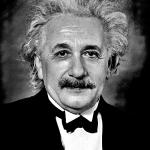 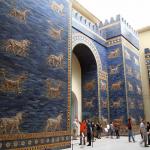 August 10, 2018 Biblical Inspiration & Cultural Influences: Contradictory?
Recent Comments
0 | Leave a Comment
"He's not obliged to do anything, if that is his decision, and you have no ..."
Dave Armstrong Pope Francis DID Answer the Dubia ..."
"I think you are missing my point. I post a comment and you give me ..."
Claudio Pope Francis DID Answer the Dubia ..."
"I’d never heard of this woman before I read this article. It sounds like she ..."
Thanks, Pappy. Audrey Assad’s Deconversion Story: Objective Analysis
"I've already replied to him regarding the Mass, too:Hebrews 10:12, Vulgate, & the Mass (James ..."
Dave Armstrong Vs. James White #5: Real Eucharistic ..."
Browse Our Archives
get the latest updates from
Biblical Evidence for Catholicism
and the Patheos
Catholic
Channel
POPULAR AT PATHEOS Catholic
1