Objections to the Reactionary Epithet “Neo-Catholic” 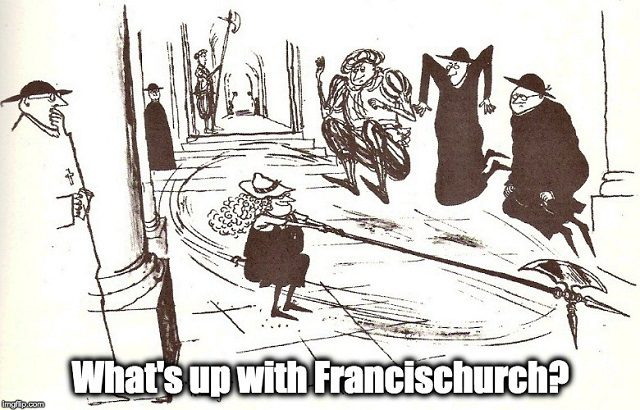 The following thoughts were stimulated by a discussion on fellow Catholic Michael Liccione’s excellent blog, Sacramentum Vitae. He wrote:

So far, I’ve adopted the term ‘neo-Cath’ to describe myself and like-minded Catholics. Thus:

Before I get to the substance of the matter at issue, allow me to explain the term ‘neoCath’. Och is also unlike Catholic bloggers in that he has adopted the vocabulary I use to broadly categorize the divisions in contemporary Catholicism: those between progressives or “progs,” traditionalists or “trads,” and neoCaths. Progs and trads both believe that the post-Vatican-II Catholic Church is theologically discontinuous with the Church as she existed before. The former group celebrates such imagined discontinuity and wants it further entrenched; the latter laments it and wants it reversed. The “neoCaths,” on the other hand, are those who fully embrace Vatican II (hence the ‘neo’ part) but find no such discontinuity. So, the neoCaths are those who adopt the “hermeneutic of continuity” also adopted by the present and previous popes, both of whom were present and active at Vatican II. We are neither more nor less Catholic than the Pope, and don’t think we need to be. In other words, we are Catholic in the only sense that really matters.

But I’m beginning to rethink my adoption of that term. It means different things to different people, and allows some enemies of the Church to lump orthodox Catholics together with the progs.

The argument is whether a term is useful or not, in what it conveys. My argument is that the term arose in radical Catholic reactionary circles (it was coined by Gerry Matatics c. 1998 and widely popularized by Chris Ferrara), and was meant derisively. By adopting it, we then (unwittingly) play into their false belief that the Church has fundamentally changed.

I think terminology is extremely important. I don’t use, for example, “Roman Catholic” because that arose basically in the 16th century from the Anglicans, in the attempt to pretend that there were different kinds of Catholics, rather than one Catholic Church, period. So they called us “Roman.” After a few centuries, people forgot the origin and many started to use the term. Moreover, it is a bit of an insult to Eastern Catholics who are not technically Roman Catholics (which is only one rite of 22 or whatever the number is). “Catholic” is the blanket term,” not “Roman Catholic.”

The early Anglicans and the Calvinists did the same thing with “Real Presence” — so that we often have to clarify, “substantial presence” in order to distinguish what we mean.

I refuse to use “Reformation” unless it is in quotes, because that was no reformation; it was a revolution, and by using the word we implicitly grant the false premise that the Protestants brought Christianity to where it supposedly used to be before it became irretrievably corrupt. We accept two demonstrably false premises (that the Church fell away (defectibility) and that the Protestants supposedly hearkened back to an alleged Proto-Protestant Patristic Age. Sheer nonsense.

Neo-Catholic causes problems because, by using a different, non-historical, new term to describe ourselves, we (in some sense: mostly how it is perceived, however we may define it) buy into the mentality that things have fundamentally changed; so much so that the traditional word “Catholic” has to be qualified. I refuse to qualify the term at all (i.e., in terms of routine usage): I am simply a Catholic, which means a certain thing, and always has.

If pressed, I will say I am an orthodox Catholic, which means that I follow all the teachings that the Church teaches (since many don’t). It’s in effect, like saying, “I am a serious Catholic” or a “faithful” or “obedient” or “devout” Catholic. The first term is an adjective describing how serious of a Catholic one is. But it’s still a separate descriptive term (made necessary by those who have corrupted what “Catholic” means: not incorporated right into the traditional title itself, and literally modifying it.

But Neo-Catholic, in its very form, implies to a less thoughtful, reflective observer than yourself, that it is a “new kind of Catholic” and that conjures up images of novelty or literal innovation and so forth, that we do not accept happened in Vatican II.

Thus it plays into the hands of the reactionary mentality. They want to push the idea that there has been a revolution in the Church. We ought to fight against that, including not calling ourselves terms that they themselves developed as a way to put down those of us who simply accept the authority of Vatican II and who respect the Mind of the Church in the last 40 years, as well as the previous 1937 or so years.

I can see that there is an analogy to political usage as well. Neo-Catholic would be akin, of course, to “neo-conservative.” But note how that could be taken by someone of a reactionary outlook: because neo-conservatives are those who used to be liberal, the reactionary simply assumes that the Neo-Catholic is a theological liberal under the guise of being a conservative, and the same cynical appraisal applies: they think the Neo-Catholic is at heart a liberal: at best an ignoramus as to traditional doctrine and practice and at worst a useful idiot or fellow traveler or a sort of infiltrating spy, in an ecclesiological sense.

Not good . . . we should simply use the title “Catholic” and not allow either the reactionaries or the liberals to co-opt it. Our task is to show people what it really means, and show them that the Church has not fundamentally changed, nor (we believe in faith) will it ever do so.

We have to repeatedly note proper definitions; for example: Newmanian development is essentially different from Hegelianism, and “ultramontanism” was decisively defeated at Vatican I. Those were the guys who wanted the sweep of infallibility to be far greater. For someone to say acceptance of the papal infallibility doctrine of Vatican I is “ultramontanism” is to fundamentally misunderstand what the term meant, and to not grasp that the definition was precisely a triumph of the so-called “moderate” position over against the extreme ultramontanists.

To a liberal or a Protestant or an Orthodox, of course, anyone who accepts papal authority and infallibility is going too far: hence, “ultramontanist.” But that definition incorporates a profound anti-papal bias from the outset.

Thus, Neo-Catholic is the novel term devised by reactionaries but re-defined and voluntarily used by some orthodox Catholics.

“Ultramontanist” is incorrectly applied to orthodox Catholics, based on a misunderstanding of where such a belief fell on the spectrum of Catholic belief in 1870, when it was dogmatically defeated and became thereafter simply an historical curiosity and “wrong dogmatic turn,” so to speak.

Liberals like the near-self-parody Fr. O’Leary use Neo-Catholic as well, which proves my point all the more. He wants to apply “Catholic” to himself and thus give another title to non-liberal orthodox Catholics. It’s very common for a dissenting heterodox movement to try to change terminology or redefine existing words. We shouldn’t aid them in that enterprise.

Rather, I say that we ought to be proud to simply be called “Catholic” and educate folks as to what the term means and what it has always meant. Let others have the qualifying terms or different terms. 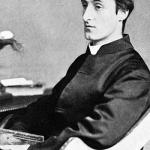 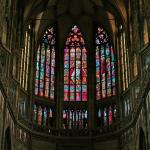 "The Deuterocanon Was Wrongly Added to the Bible!"
From my book, The One-Minute Apologist: Essential Catholic Replies to Over Sixty Common...
view all Catholic blogs
What Are Your Thoughts?leave a comment
Copyright 2008-2020, Patheos. All rights reserved.