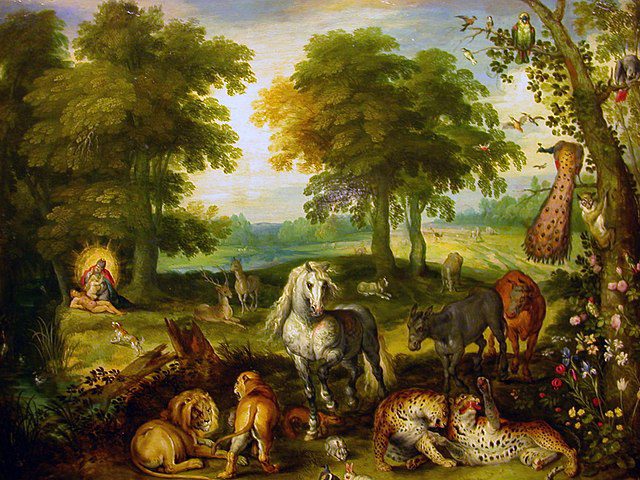 Sorry to be so untrendy and unfashionable. I happen to believe in God’s inspired revelation; and I don’t “hate” anyone. I love all people, as a disciple of Jesus Christ. I hate sin and how it destroys lives and cultures and makes human beings miserable and despairing and without meaning in their lives. Folks may think they are “happy” for a while, in bondage to sin (of whatever serious type), but it won’t last. They’ll end up broken, and in serious spiritual danger.

Romans 1:26-27 [Victorian King James NT] For this cause God gave them up to vile passions; their women have exchanged the natural function of sex for what is unnatural, [27] and likewise also the men have abandoned the natural use of women and flamed out in lust for one another, men perpetrating shameless acts with their own sex and receiving in their own persons the due recompense of their perversity.

This is mostly from the Moffatt version, with some KJV, too. Learn more about the Victorian KJV, which was my own “selection” of the New Testament, edited from several existing British translations of a certain “Victorian” style.

The above shows that the claim of some homosexual advocates, that the NT doesn’t condemn homosexual sex (including lesbian sexual acts), is a falsehood. There is no question whatsoever: it does condemn them as sin.

Thus, the choice of practicing homosexuals (the orientation itself is not a sin) who say they are Christians, is to either deny biblical inspiration and historic Christian moral teaching, or pretend that the Bible in fact does not condemn it. They try to do the latter — they sure do try — and it is some of the worst, most ridiculous “exegesis” ever seen in the history of mankind.

They will try, for example, with a passage like this, to claim that it is only talking about acts of involuntary sex, or rape. But that’s hardly possible, since the dynamic of it is clearly “natural vs. unnatural” as opposed to “voluntary vs. forced sex.”

Thus, saying that “women exchanged” one for the other is describing a voluntary act: moving from heterosexual to homosexual acts. It has nothing to do with rape; if it did, then it would be consensual on the part of the woman, and by definition, that is no longer rape.

Likewise, in talking about men, it says they switched from the “natural” heterosexuality to “shameless acts with their own sex” which is “perversity.”

There is no way to rationalize all this away. It’s crystal-clear. God’s Word has a way of being that, to confound those who try to distort and twist it.

Bernie Goldberg (Jewish), on The O’Reilly Factor last night said (close paraphrase): “I don’t care what God or the Bible says about it; they’re wrong.” So he couldn’t care less about revelation or what God teaches. He knows better. But we Christians (and traditional Jews, as concerns the OT) do care about what God teaches, and we do believe in His inspired revelation. Hence, we must concur that homosexual acts are sinful.

We also have a huge problem in the coming generation, since some 80% of young people say that same-sex “marriage” is fine and dandy (which is why the culture is rapidly adopting it in law, and all the liberals are jumping on the bandwagon). That’s a lot of Christians who don’t know their Bible very well, and need to be educated.

The Catholic teaching (put somewhat graphically, so if you are squeamish or dislike descriptions of sex, stop reading now) is that ejaculation (according to what the Bible is describing as “natural”) is always to voluntarily occur in a vagina, in marriage, without contraceptives, and that female orgasm is not an end in itself (any more than male orgasm is), but to be always associated with intercourse, and the openness to life intrinsic to that (non-contraception).

I think “unnatural” is a descriptive and helpful term to us in this context because it then opens up a necessary and helpful discussion of natural law and sexuality, which is right in the center of Paul’s argument in Romans 1: it’s basically an argument against unnaturalness from natural law, and that goes beyond abstract theology to very concrete acts.

I have simply cited Holy Scripture and mentioned also Catholic teaching, and that stated what is regarded to be serious sin. My job is to spread the Good News and I do so (and defend Holy Mother Church) as my profession. Part of that truth is to educate folks about what the Church and Bible deem to be sinful sexual activity.

I would hardly be loving if I refused to do that, because I’m not giving people the whole truth. We can’t set moral theology to the side because it is unpopular and unfashionable. We must teach truth regardless of how popular or trendy it may be.

Moreover, St. Paul condemns all sorts of sins by name, over and over, and he tells us to imitate him. So if we imitate him, but make exceptions for the stuff that makes us unpopular and gets us called names and lied about, we’re not really imitating and following him, are we?

Married people are called to chastity, too, as opposed to lustfulness. I also understand the Church’s distinction between orientation and sexual acts. This post was strictly about the acts, since that was what the Bible passage was about.

To me, it is loving to point out sin, so that people can avoid it, thereby avoiding misery in this life and possible damnation in the next. In fact, I can think of few things more loving than that. Love is not just telling people what they want to hear, but what they need to hear. Jesus was infinitely more harsh with the Pharisees than anything I have said here or have ever said, for that matter. And we know He was loving and without sin. My motivation is love. Its why I do what I do, and make significant personal sacrifices at times in order to do it.

And of course, someone made the predictable comment on my Facebook page (others tried to dialogue with him, but it was a “hit-and-run” comment and he split):

People easily deceive themselves by thinking that citing Scripture gets them off the hook. Of course you are and should be free to advocate for so-called “traditional” morality but you should not be surprised when you are rightly judged as anti-gay and homophobic. If liberals are inconsistent when it comes to being blind to their support for a variety of evils (abortion for instance), I suggest that conservatives are equally deluded as to the evils they support.

I’m not at all. This is the age we live in. If you disagree with someone’s morality, you are, ipso facto, a bigoted and hateful person. There is no distinction made between the person (whom we love) and sin (which we hate). That’s how idiotic the prevalent thinking is today.

And what that boils down to today is that anyone who simply accepts traditional biblical and Catholic (and Orthodox and Protestant) teaching on the issue of homosexual acts, must be a bigot and hateful person. To be a Christian is to be a bigot. And it would follow that Jesus and Paul are bigots and haters, too. God is a despicable, hateful Being. It’s not true (and that is blasphemy). God is good and He is love. He loves everyone and wants them to be saved and to spend eternity in blissful joy and happiness, with Him in heaven.

People believe in various moral systems. It doesn’t follow that they are “hateful” simply because they hold that “activity x” is sinful (because the Bible — inspired revelation from God, as we believe — says that it is).

Photo credit: The Garden of Eden with the Creation of Eve, by Jan Brueghel the Younger (1601-1678) [public domain / Wikimedia Commons] 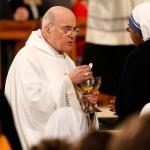 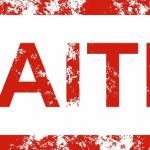