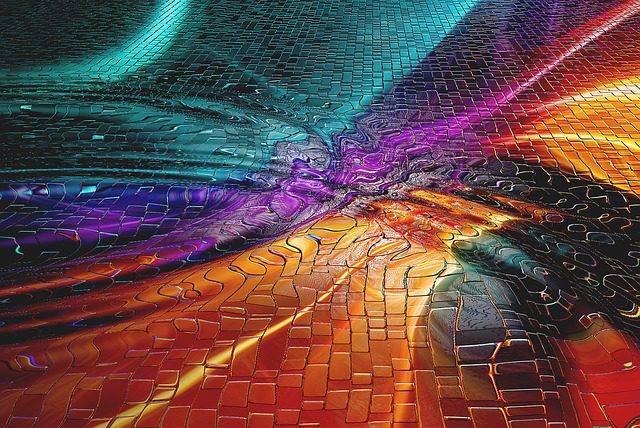 The Catholic Church, following St. Augustine (e.g., Grace and Free Will, 1, 1; Sermon 169, 11, 13), accepts predestination of the elect to heaven, but also affirms the freedom of the human will, thus staking out a position distinct from Calvinism. Predestination to hell, in Catholicism, always involves man’s free will, and foreseen sins, so that man is ultimately responsible for his own damnation, not God (double predestination is rejected).

God is sovereign, in our view, every bit as much as in Protestantism (particularly Calvinism), as will amply be demonstrated below. All that is disputed are the intricacies of the grace / free will antinomy, which is one of the most mysterious and difficult questions in the history of both Christian theology and theistic philosophy. Of course, the allowance of free will is also present in Lutheran, Anglican, Methodist, most charismatic, non-denominational and Baptist theologies, etc.

The Catholic Church affirms predestination as a de fide dogma (the highest level of binding theological certainty), while at the same time affirming free will and the possibility of falling away from the faith. The following material (excepting my bracketed interjections) is from Catholic theologian Ludwig Ott’s Fundamentals of Catholic Dogma (Rockford, Illinois: TAN Books, 1974 {orig. 1952}, 242-245) ought to be most helpful for Protestants seeking to understand what Catholics believe about this ever-mysterious, controversial, complex, highly abstract theological question:

* * * * *
1) GOD, BY HIS ETERNAL RESOLVE OF WILL, HAS PREDETERMINED CERTAIN MEN TO ETERNAL BLESSEDNESS (De fide)
[ De fide = “of faith” – dogmas are absolutely binding on all Catholics]
***
This doctrine is proposed by the Ordinary and General Teaching of the Church as a truth of Revelation. The doctrinal definitions of the Council of Trent presuppose it . . . The reality of Predestination is clearly attested to in Rom 8:29 et seq: . . . cf. Mt 25:34, Jn 10:27 et seq., Acts 13:48, Eph 1:4 et seq. . . . Predestination is a part of the Eternal Divine Plan of Providence.

The main difficulty . . . lies in the question whether God’s eternal resolve of Predestination has been taken with or without consideration of the merits of the man (postorante praevisa merita).

b) Attempts at Solution

The Thomists, the Augustinians, the majority of the Scotists and also individual older Molinists (Suarez, St. Bellarmine) teach an absolute Predestination (ad gloriam tantum), therefore ante praevisa merita. According to them, God freely resolves from all Eternity, without consideration of the merits of man’s grace, to call certain men to beatification and therefore to bestow on them graces which will infallibly secure the execution of the Divine Decree (ordo intentionis). In time God first gives to the predestined effective graces and then eternal bliss as a reward for the merits which flow from their free cooperation with grace (ordo executionis). The ordo intentionis and the ordo executionis are in inverse relation to each other (glory-grace; grace-glory).

Most of the Molinists, and also St. Francis de Sales (+1622), teach a conditioned Predestination (ad gloriam tantum), that is, postand propter praevisa merita. According to them, God by His scientia media, sees beforehand how men would freely react to various orders of grace. In the light of this knowledge He chooses, according to His free pleasure a fixed and definite order of grace. Now by His scientia visionis, He knows infallibly in advance what use the individual man will make of the grace bestowed on him. He elects for eternal bliss those who by virtue of their foreseen merits perseveringly cooperate with grace, while He determines for eternal punishment of hell, those who, on account of their foreseen demerits, deny their cooperation. The ordo intentionis and the ordo executionis coincide (grace-glory; grace-glory).

Both attempts at explanation are ecclesiastically permissible. The scriptural proofs are not decisive for either side. The Thomists quote above all passages from the Letter to the Romans, in which the Divine factor in salvation is brought strongly to the foreground (Rom 8:29; 9:11-13, 9:20 et seq.) . . . The Molinists invoke the passages which attest the universality of the Divine desire for salvation, especially 1 Tim 2:4, as well as the sentence to be pronounced by the Judge of the World (Mt 25:34-36), in which the works of mercy are given as ground for the acceptance into the Heavenly Kingdom. But that these are also the basis for the ‘preparation’ for the Kingdom, that is, for the eternal resolve of Predestination, cannot be definitely proved from them . . .

While the pre-Augustinian tradition is in favour of the Molinistic explanation, St. Augustine, at least in his later writings, is more in favour of the Thomistic explanation. The Thomist view emphasizes God’s universal causality while the other view stresses the universality of the Divine salvific will, man’s freedom and his cooperation in his salvation. The difficulties remaining on both sides prove that Predestination even for reason enlightened by faith, is an unfathomable mystery (Rom 11:33 ff.).

The resolve of Predestination, as an act of the divine knowledge and will, is as immutable as the Divine Essence itself. The number of those who are registered in the Book of Life (Phil 4:3, Rev 17:8; cf. Lk 10:20) is formally and materially fixed, that is, God knows and determines with infallible certainty in advance, how many and which men will be saved . . .

The Council of Trent declared against Calvin, that certainty in regard to one’s Predestination can be attained by special Revelation only . . . Holy Scripture enjoins man to work out his salvation in fear and trembling (Phil 2:12). He who imagines that he will stand should take care lest he fall (1 Cor 10:12). In spite of this uncertainty there are signs of Predetermination which indicate a high probability of one’s Predestination, e.g., a persevering practice of the virtues recommended in the Eight Beatitudes, frequent reception of Holy Communion, active love of one’s neighbor, love for Christ and for the Church . . .

[Many evangelical Protestants claim to have an absolute “assurance,” but when all is said and done, both biblically and epistemologically, they simply can’t attain to this certitude, and are no more “certain” than a devout Catholic or Orthodox is. Such claims are simply unproven and unprovable. In other words, Protestant “assurance” involves the following “argument” in a vicious circle: in order to possess assurance of salvation you must believe that you have salvation. This has been called “fiducial faith,” and is completely subjective, every bit as much as the Mormon “burning in the bosom.” Martin Luther himself illustrates the incoherence of this innovation:

We must day by day struggle towards greater and greater certainty . . . Everyone should therefore accustom himself resolutely to the persuasion that he is in a state of grace . . . Should he feel a doubt, then let him exercise faith; he must beat down his doubts and acquire certainty . . . The matter of justification is difficult and delicate, not indeed in itself, for in itself it is as certain as can be, but in our regard; of this I have frequent experience. (In Hartmann Grisar, Luther, London: 1917, vol. 4, 437-443) ]

4) CONCEPT AND REALITY OF REPROBATION

By Reprobation is understood the eternal Resolve of God’s Will to exclude certain rational creatures from eternal bliss. While God, by His grace, positively cooperates in the supernatural merits, which lead to beatification, He merely permits sin, which leads to eternal damnation.

GOD, BY AN ETERNAL RESOLVE OF HIS WILL, PREDESTINES CERTAIN MEN, ON ACCOUNT OF THEIR FORESEEN SINS, TO ETERNAL REJECTION (De fide)

The reality of Reprobation is not formally defined, but it is the general teaching of the Church.

Heretical Predestinationism in its various forms (the Southern Gallic priest Lucidus in the 5th century; the monk Gottschalk in the 9th century, according to reports of his opponents, which, however, find no confirmation in his recently re-discovered writings; Wycliffe, Hus, and esp. Calvin), teaches a positive predetermination to sin, and an unconditional Predestination to the eternal punishment of hell, that is, without consideration of future demerits. This was rejected as false doctrine by the Particular Synods of Orange, Quiercy & Valence and by the Council of Trent. Unconditioned positive Reprobation leads to a denial of the universality of the Divine Desire for salvation, and of the Redemption, and contradicts the Justice and Holiness of God as well as the freedom of man.

According to the teaching of the Church, there is a conditioned positive Reprobation, that is, it occurs with consideration of foreseen future demerits (post et propter praevisa demerita). The conditional nature of Positive Reprobation is demanded by the generality of the Divine Resolve of salvation. This excludes God’s desiring in advance the damnation of certain men (cf. 1 Tim 2:4, Ezek 33:11, 2 Pet 3:9) . . .

In the question of Reprobation, the Thomist view favours not an absolute, but only a negative Reprobation. This is conceived by most Thomists as non-election to eternal bliss (non-electio), together with the Divine resolve to permit some rational creatures to fall into sin, and thus by their own guilt to lose eternal salvation. In contrast to the absolute Positive Reprobation of the Predestinarians, Thomists insist on the universality of the Divine Resolve of Salvation and Redemption, the allocation of sufficient graces to the reprobate, and the freedom of man’s will. However, it is difficult to find an intrinsic concordance between unconditioned non-election and the universality of the Divine Resolve of salvation. In practice, the unconditioned negative Reprobation of the Thomists involves the same result as the unconditioned positive Reprobation of the heretical Predestinarians, since outside Heaven and Hell there is no third final state.

Like the Resolve of Predestination the Divine Resolve of Reprobation is immutable, but, without special revelation, its incidence is unknown to men. 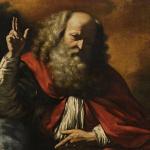 September 11, 2018
Seidensticker Folly #17: "to the third and fourth generations”?
Next Post 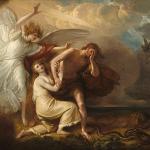 September 12, 2018 Calvinist Total Depravity vs. Catholic Concupiscence
Recent Comments
0 | Leave a Comment
"Br Dave, can Synods err in their teachings? I am talking specifically of the Synod ..."
Victor Bp. Schneider Evokes Luther’s Disdain for ..."
"Every time I think I've fully grasped the vile nature of modern Calvinist heretics, I'm ..."
Jeffrey Should We Pray for “All Men” ..."
"William J. courtenay should be added to the list of sources, he has a collected ..."
lee faber William of Ockham, Nominalism, Luther, & ..."
"looking at my comment I see a typo. I meant to say "did NOT express ..."
Todd Voss Bp. Schneider Evokes Luther’s Disdain for ..."
Browse Our Archives
get the latest from
Biblical Evidence for Catholicism
Sign up for our newsletter
POPULAR AT PATHEOS Catholic
1