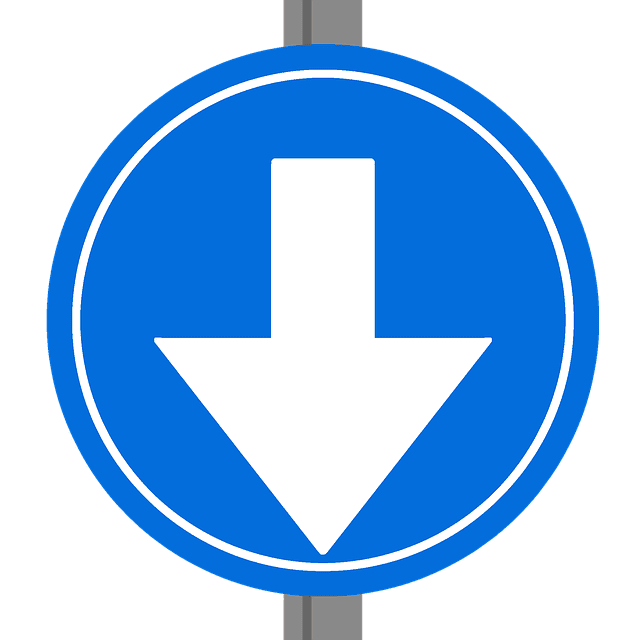 A Reformed Protestant friend of mine, “Pilgrimsarbour” (OPC), asked some questions, and I clarified and made other relevant comments. His words will be in blue.

The Catholic, from what I can tell, refers to the whole process of what we call salvation as justification, that is, a “making just,” which is hardly distinguishable from their understanding of sanctification. However, Protestantism does see sanctification as synergistic once the heart has been made anew in and by Christ, without our “help.” Once resurrected the formerly dead sinner’s will is drawn to Christ and enabled by His Holy Spirit to grow in grace, which does, in fact, require our cooperation to produce the best results. So there are synergistic elements in Protestant theology, but just not in that initial step of justification.

To use (mostly) pilgrim’s words:

Catholicism does see initial justification as monergistic and sanctification as synergistic once the heart has been made anew in and by Christ, without our “help.” Once resurrected the formerly dead sinner’s will is drawn to Christ and enabled by His Holy Spirit to grow in grace, which does, in fact, require our cooperation to produce the best results.

Not a whole lot of difference, is there?, when put this way. Yet anti-Catholics would place us in a position of having a false, non-salvific gospel and a theology not even fit to be called Christian.

Many Protestants (and especially the anti-Catholic ones) are prisoners of “either/or” false dichotomies and false premises and thus cannot comprehend Catholic teaching, which is based on biblical / Hebraic paradox and “both/and” thinking. For them, that equates to “synergy” which in turn is Pelagian and a false gospel of supposed works-salvation. John Calvin did the same thing.

I wasn’t aware that there is anything monergistic in Catholicism. As far as I knew, everything the Catholic believer does must be in cooperation with the Father, including justification. If I have been wrong about this, please direct me to something in the catechism which will help me to understand what you’re saying. My edition is the Doubleday/Image publication 1995, although I just purchased it new last year.

A non-Pelagian position on grace is necessarily monergistic at the outset. The person with grace then has the power to cooperate with grace by working together with God, including for salvation (as I recently wrote about). Everything is caused by this grace; without it we could do no good thing. Catholics and Protestants agree on that. It is only the cooperation aspect and how we classify stuff where there is disagreement.

I have made a handy chart of Trent’s teaching on justification, with summaries. Pelagianism is strictly ruled out:

CANON I.-If any one saith, that man may be justified before God by his own works, whether done through the teaching of human nature, or that of the law, without the grace of God through Jesus Christ; let him be anathema.

CANON II.-If any one saith, that the grace of God, through Jesus Christ, is given only for this, that man may be able more easily to live justly, and to merit eternal life, as if, by free will without grace, he were able to do both, though hardly indeed and with difficulty; let him be anathema.

Man can do absolutely nothing to obtain initial justification (a position that is also contrary to semi-Pelagianism); therefore, at this point it is monergistic:

CANON III.-If any one saith, that without the prevenient inspiration of the Holy Ghost, and without his help, man can believe, hope, love, or be penitent as he ought, so as that the grace of Justification may be bestowed upon him; let him be anathema.

Man’s free will to do any good is “moved and excited by God”: at which time man can then cooperate, in this grace:

CANON IV.-If any one saith, that man’s free will moved and excited by God, by assenting to God exciting and calling, nowise co-operates towards disposing and preparing itself for obtaining the grace of Justification; that it cannot refuse its consent, if it would, but that, as something inanimate, it does nothing whatever and is merely passive; let him be anathema.

CANON X.-If any one saith, that men are just without the justice of Christ, whereby He merited for us to be justified; or that it is by that justice itself that they are formally just; let him be anathema.

Good works and merit proceed wholly from the grace of God through the work of Jesus Christ on our behalf (not from ourselves). They are necessary but they do not earn salvation, which is by grace alone: Decree on Justification: chapter 16; Canons 18, 19, 20, 24, 26, 32, 33.

Vatican I expressed our doctrine in a beautiful way:

Wherefore faith itself, even when it does not work by charity [Gal 5:6], is in itself a gift of God, and the act of faith is a work pertaining to salvation, by which man yields voluntary obedience to God Himself, by assenting to and cooperating with His grace, which he is able to resist (can. v). (Dogmatic Constitution on the Catholic Faith, ch. III, “Of Faith”)

Catechism of the Catholic Church:

1987 The grace of the Holy Spirit has the power to justify us, that is, to cleanse us from our sins and to communicate to us “the righteousness of God through faith in Jesus Christ” and through Baptism: . . .

Since most Catholics are baptized as infants, insofar as the infant is concerned, this justification and regeneration is completely monergistic: an action of God alone. One could say others are standing in for the child — I believe that Reformed would agree — , but that is scarcely different from a Protestant praying that someone would be “saved / justified” — God uses human beings somewhere in the process.

1989 The first work of the grace of the Holy Spirit is conversion, effecting justification in accordance with Jesus’ proclamation at the beginning of the Gospel: “Repent, for the kingdom of heaven is at hand.” Moved by grace, man turns toward God and away from sin, thus accepting forgiveness and righteousness from on high. . . .

Grace comes first, causing conversion. Man is “moved by grace.” At that point it is monergistic.

1992 Justification has been merited for us by the Passion of Christ who offered himself on the cross as a living victim, holy and pleasing to God, and whose blood has become the instrument of atonement for the sins of all men. Justification is conferred in Baptism, the sacrament of faith. . . .

1996 Our justification comes from the grace of God. Grace is favor, the free and undeserved help that God gives us to respond to his call to become children of God, adoptive sons, partakers of the divine nature and of eternal life.

1998 This vocation to eternal life is supernatural. It depends entirely on God’s gratuitous initiative, for he alone can reveal and give himself. It surpasses the power of human intellect and will, as that of every other creature.

Again, monergistic in its initial stage . . .

1999 The grace of Christ is the gratuitous gift that God makes to us of his own life, infused by the Holy Spirit into our soul to heal it of sin and to sanctify it. . . .

2001 The preparation of man for the reception of grace is already a work of grace. This latter is needed to arouse and sustain our collaboration in justification through faith, and in sanctification through charity. God brings to completion in us what he has begun, . . .

2008 The merit of man before God in the Christian life arises from the fact that God has freely chosen to associate man with the work of his grace. The fatherly action of God is first on his own initiative, and then follows man’s free acting through his collaboration, so that the merit of good works is to be attributed in the first place to the grace of God, then to the faithful. Man’s merit, moreover, itself is due to God, for his good actions proceed in Christ, from the predispositions and assistance given by the Holy Spirit.

2009 Filial adoption, in making us partakers by grace in the divine nature, can bestow true merit on us as a result of God’s gratuitous justice. . . .

2011 The charity of Christ is the source in us of all our merits before God. Grace, by uniting us to Christ in active love, ensures the supernatural quality of our acts and consequently their merit before God and before men. The saints have always had a lively awareness that their merits were pure grace. . . .

2017 The grace of the Holy Spirit confers upon us the righteousness of God. Uniting us by faith and Baptism to the Passion and Resurrection of Christ, the Spirit makes us sharers in his life.

2020 Justification has been merited for us by the Passion of Christ. It is granted us through Baptism. It conforms us to the righteousness of God, who justifies us. It has for its goal the glory of God and of Christ, and the gift of eternal life. It is the most excellent work of God’s mercy.

2022 The divine initiative in the work of grace precedes, prepares, and elicits the free response of man. Grace responds to the deepest yearnings of human freedom, calls freedom to cooperate with it, and perfects freedom.

2023 Sanctifying grace is the gratuitous gift of his life that God makes to us; it is infused by the Holy Spirit into the soul to heal it of sin and to sanctify it.

1266 The Most Holy Trinity gives the baptized sanctifying grace, the grace of justification:

– enabling them to believe in God, to hope in him, and to love him through the theological virtues; . . .

1250 . . . The sheer gratuitousness of the grace of salvation is particularly manifest in infant Baptism. . . .

1727 The beatitude of eternal life is a gratuitous gift of God. It is supernatural, as is the grace that leads us there.

The terminology of men “earning salvation” is false if by it we mean Pelagianism or works-salvation. It is true in terms of cooperative merit. God gives us the grace to participate and work together with Him. Merit is God crowning His own gifts, as Augustine says. He wants us to participate in the thing, but it is all by grace and never without it.

Entirely biblical . . . but many Protestants can’t grasp this because they are in bondage to “either/or” unbiblical thinking and inability to grasp biblical paradox. Protestantism (but especially Calvinism) is shot-through with this annoying deficiency.

I get very tired of it, and I reached that stage long ago, because it was so clear to me what caused the problems in discussing this whole area: false and unbiblical “either/or” assumptions, and inability to accept patently obvious biblical paradox and synergy.

If man does anything, in the “either/or” mentality, God does nothing, and it is works-salvation. It’s all or nothing. God must do all. The problem is that the Bible says many times that we do do stuff, in and under God’s grace. It doesn’t dichotomize men’s actions and God’s grace, as men do, following the traditions of men. The Bible supports Catholic positions again and again, and systematically. 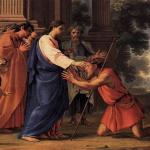 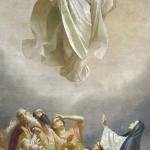