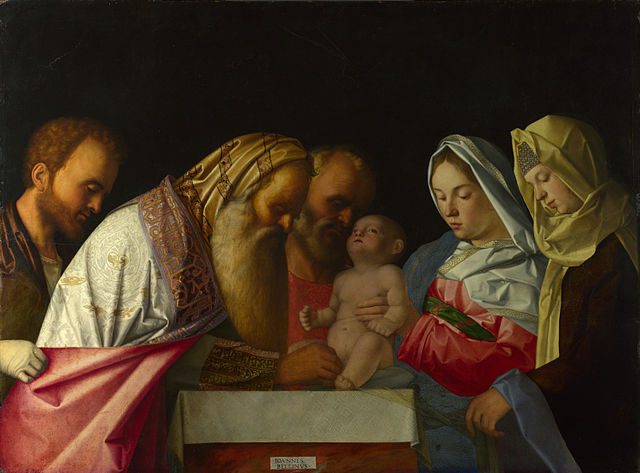 [John Calvin’s words will be in blue]

A Catholic wrote to me:

Last week on our live [Catholic apologetic] TV program, I was doing a presentation on the Catholic view of infant baptism. The program is only 30 minutes long, hardly enough to give a full, in depth Scriptural background on the Sacrament, so it is necessary to sometimes just give Scriptural references by quoting chapter and verse without going into the context or giving a full explanation of the text. Generally, we also take live phone calls from people who wish to “debate” or disagree with our position.

On this particular program, I was not accepting calls on the air due to the shortage of time in trying to explain the Catholic position. However, people are still encouraged to call with their questions, which are taken by our producer and answered on a later show. The phone lines were quiet until I used Colossians 2:11-13 to show that Baptism replaced circumcision. Suddenly we were barraged with challenges to this position. It seems that the general consensus among the non-Catholic crowd is that Col 2:11-13 shows that we are circumcised and baptized in Christ, and nowhere is it implied that Baptism replaced circumcision. Our producer promised the callers that this particular issue will be dealt with on our next program, and that we would show from Scripture how this is so.

If you were me, which other Scriptures would you show in support of the position that circumcision was replaced by Baptism?

Unfortunately, I haven’t done a lot of study on this (I will do some now, though :-). In my one paper on the topic (a fictional dialogue), I made the following biblical arguments:

In Acts 16:15, 33; 18:8 (cf. 11:14), and 1 Corinthians 1:16 it is stated that an individual and his whole household were baptized. It would be hard to say this involved no small children. Paul in Colossians 2:11-13 makes a connection between baptism and circumcision. Israel was the church before Christ (Acts 7:38, Romans 9:4). Circumcision, given to 8-day old boys, was the seal of the covenant God made with Abraham, which applies to us also (Galatians 3:14,29). It was a sign of repentance and future faith (Romans 4:11). Infants were just as much a part of the covenant as adults (Genesis 17:7, Deuteronomy 29:10-12, cf. Matthew 19:14). Likewise, baptism is the seal of the New Covenant in Christ. It signifies cleansing from sin, just as circumcision did (Deuteronomy 10:16, 30:6, Jeremiah 4:4, 9:25, Romans 2:28-9, Philippians 3:3). Infants are wholly saved by God’s grace just as adults are, only apart from their rational and willful consent. Their parents act in their behalf.

[since then, I have done a lot more biblical research on baptism; see: Dialogue: Bible on Infant Baptism & Baptismal Regeneration]

I drew most of my data for the above reasoning straight from a prominent 19th-century Presbyterian theologian, Charles Hodge (Systematic Theology, abridged edition, edited by Edward N. Gross, Grand Rapids, Michigan: Baker Book House, 1988, 484-90; chapter 20, §10). I don’t see that he specifically uses the argument from Colossians there, yet it is undeniably a legitimate and orthodox Reformed argument, as it can be traced directly to John Calvin:

Paul . . . adds that the Colossians had been buried with Christ through baptism [Col 2:12]. By this he means that baptism is today for Christians what circumcision was for the ancients. (Institutes of the Christian Religion, edited by John T. McNeill, translated by Ford Lewis Battles, Philadelphia: Westminster Press, 1960, Book IV, ch.14, sec. 24; v. 2, 1300)

But since before baptism was instituted God’s people had circumcision instead, let us examine how these two signs differ from each other, and in what respects they are alike. From this will appear the anagogic relationship of one to the other.

Now we can see without difficulty the similarity and difference of these two signs. The promise (in which we have shown the power of the signs to consist) is the same in both, namely, that of God’s fatherly favor, of forgiveness of sins, and of eternal life. Then the thing represented is the same, namely, regeneration. In both there is one foundation upon which the fulfillment of these things rests. Therefore, there is no difference in the inner mystery, by which the whole force and character of the sacraments are to be weighed. What dissimilarity remains lies in the outward ceremony, which is a very slight factor, since the most weighty part depends upon the promise and the thing signified. We therefore conclude that, apart from the difference in the visible ceremony, whatever belongs to circumcision pertains likewise to baptism. To this anagogic relationship and comparison we are guided by the rule of the apostle, which bids us examine all Scriptural interpretation according to the proportion of faith [Rom. 12:3,6]. And the thing is so true we can almost touch it. For circumcision was for the Jews their first entry into the church, because it was a token to them to which they were assured of adoption as the people and household of God, and they in turn professed to enlist in God’s service. In like manner, we are also consecrated to God through baptism, to be reckoned as his people, and in turn we swear fealty to him. By this it appears incontrovertible that baptism has taken the place of circumcision to fulfill the same office among us. (Book IV, ch. 16, sec. 4 [complete], entitled “The Difference is in Externals Only,” v. 2, 1327)

He [God] expressly declares that the circumcision of a tiny infant will be in lieu of a seal to certify the promise of the covenant. But if the covenant still remains firm and steadfast, it applies no less today to the children of Christians than under the Old Testament it pertained to the infants of the Jews . . . The objection that there was a stated day for circumcision is sheer evasion. We admit that we are not now bound to certain days like the Jews; but since the Lord, without fixing the day, yet declares that he is pleased to receive infants into his covenant with a solemn rite, what more do we require? (Book IV, ch. 16, sec. 5, entitled “Infants are Participants in the Covenant,” v. 2, 1328)

Now seeing that the Lord, immediately after making the covenant with Abraham, commanded it to be sealed in infants by an outward sacrament [Gen. 17:12], what excuse will Christians give for not testifying and sealing it in their children today? . . . After circumcision was abolished, the same reason for confirming his covenant (which we have in common with the Jews) still holds good . . . Only the manner of confirmation is different – what was circumcision for them was replaced for us by baptism. (Book IV, ch. 16, sec. 6, entitled “Difference in the Mode of Confirmation Only,” v. 2, 1329)

Clearly, if circumcision was a literal sign, we must estimate baptism to be the same. For the apostle, in the second chapter of Colossians, makes neither more spiritual than the other. For he says that we were circumcised in Christ not by a circumcision made with hands, when we laid aside the body of sin which dwelt in our flesh. This he calls the ‘circumcision of Christ’ [Col. 2:11]. Afterward, to explain this statement, he adds that in baptism we were ‘buried in Christ’ [Col 2:12]. What do these words mean, except that the fulfillment and truth of baptism are also the truth and fulfillment of circumcision, since they signify one and the same thing? For he is striving to demonstrate that baptism is for the Christians what circumcision previously was for the Jews. (Book IV, ch. 16, sec. 11, entitled “The Promises Were Spiritual,” v. 1, 1333)

Calvin continues on to make several more arguments for this analogy and for infant baptism in general. In the same work, the editors cite Zwingli:

Circumcision among the ancients (so far as it was sacramental) was the same as baptism with us. (McNeill / Battles, ibid., v. 2, 1326; from the primary source, Refutation of the Tricks of the Baptists)

Therefore, this view was held by the three major branches of the early Protestant movement: Calvinist, Lutheran, and Zwinglian. In all likelihood, such arguments could probably be found in Anglican and Methodist writings as well (since they, too, accept infant baptism). It would be denied, of course, by the Anabaptists (and the later Baptists), who espoused believer baptism for those persons attaining the age of reason only. 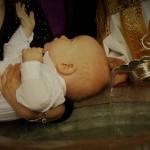 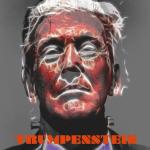