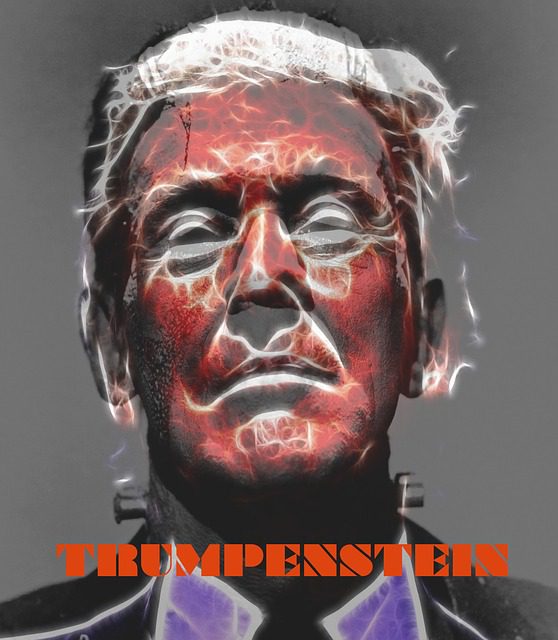 [these are my opinions, originally expressed in a private dialogue with a severe critic of President Trump, so they may seem a little disjointed, because of my side only being presented below. But I think I get my point across]

We know that liberals are far less tolerant of others with different opinions, than conservatives are:

The poll [from Pew Research Center] shows almost half of liberal Democrats — 47 percent — say that if a friend supported Trump, it would actually put a strain on their friendship. Among Democrats and Democratic-leaning voters more broadly, the number is 35 percent. White and more-educated Democrats are more likely to feel that it’s tough to even be friends with a Trump supporter.

And while partisanship and tribalism are pretty bipartisan things in American politics today, Democrats are actually substantially less able to countenance friends who supported the wrong candidate: Just 13 percent of Republicans say a friend’s support of Hillary Clinton would strain their relationship.

Of course you question the sources I cited [about acts of political violence], because they’re not left-wing [I also cited Conservapedia and Dennis Prager]. But I was not aware that Pew Research was known as a right-wing source. When liberals cite stuff, it’s almost all mainstream media (which we know is overwhelmingly liberal). Goose and gander.

The Conservapedia article gave overwhelming documentary evidence of left-wing violent acts. It’s impossible to dismiss all those; just as I wouldn’t dismiss a compilation of right-wing fanatical acts of violence.

Our enemies are fanatics and fascists, not (in the final analysis) the other political party. I’m not an “enemy” of political liberals. We are Catholics. I thought that was supposed to be the basis of our cohesion and self-understanding: not mere political affiliation.

This alarming trend is accelerating, regardless of political orientation. Death threats come from both directions. Republican congressman Steve Scalise was almost killed by a Sanders supporter who became an extreme fanatic. But no one blamed Sanders for that. As I said recently, “a nut is a nut.” Both broad political outlooks have them at their fringes.

Trump’s “oppositional” / polemical rhetoric is excessive, but of course the left has done the same (e.g., Joe Biden’s rhetoric). Eric Holder just said Democrats should “kick” conservatives. Hillary said liberals can’t possibly be “civil” with conservatives, etc. Maxine Waters outright called for harassment of conservatives merely eating at a restaurant or buying a loaf of bread. And so we see many examples of that!

Some of it is merely “cowboy movie” / macho talk and not to be taken all that seriously. This is not the root of the problem. I would say it is extreme polarization of both parties against the other, and demonization, so that the rhetoric is ratcheted up, and is causing violence at the fringes. What both sides need to do, therefore, is to condemn such rhetoric and the bad actions that may result from them.

I just did that with Trump’s rhetoric. Will liberals condemn the same sort of junk coming from their heroes like Hillary and Biden and Maxine Waters and on and on? We can all agree that violence is bad, right? Or is it only to be condoned when it is against our political opponents?

All sides have their fringe lunatics. Anyone who is conscious and not in a coma can see that. So we see a wacko Sanders supporter and a wacko Trump supporter, like the recent mail-bombing nut, committing violent acts.

Many people on both main sides of the political divide in America have long since ceased dialogue with anyone who differs politically. I’ll talk to anyone and be friends with anyone unless they are a mindless wacko (KKK or Isis, etc.). I don’t care what they believe. Unless we start trying to talk to each other and get to know each other as human beings, it’ll only get worse.

The guy who killed eleven in the synagogue hates Trump and said he was a puppet of the Jews and Israel. No matter. The left blames Trump for him anyway. It’s insane.

I categorically condemn violence: wherever it comes from: right, left, up, down, etc. Violence (at bottom) isn’t political. It’s evil and wrong.

I don’t think either Trump or Pelosi / Schumer / Hillary are the locus of evil. I think Satan is that, and that (as Solzhenitsyn wisely observed), “the line between good and evil runs through each human heart.”

I will not vote for childkilling advocates under any circumstance where there is a pro-life candidate on the ballot. So far, there always has been, so I’ve never had to pull the lever in favor of a person who thinks it is perfectly fine to torture and dismember a tiny human being. In Hillary’s case, that included partial-birth infanticide, which she proudly defended in one of her televised debates with President Trump. Trump condemned it there and even in one of those dinners in New York. Bravo.

If there is a choice of a pro-life candidate in an election, then the person who votes against that person is helping to enable the slaughter, whether they “intend” to or not. I will never forget the babies in any discussion of violence (as related to politicians’ words or policies) and choices we have at the ballot box. I don’t care what anyone on the face of the earth thinks about that.

Of course I sound “goofy” in a liberal echo chamber. Liberals today rarely engage in serious discussion with conservatives; therefore, what we say is “goofy” to you and so you feel you can ignore it and go back to your rah-rah, backslapping liberal bubbles, where everyone gives each other a dozen “likes” and it’s a big lovefest. That’s what happens when folks only listen to others who already agree with them. And conservatives do this as much as liberals. Every group does it. The atheists are perhaps the worst group of all in this regard. I’m out here every day engaging in dialogues with everyone under the sun. I welcome interactions with opposing views of all stripes.

I deny that Trump is doing all these things that he is accused of doing. He has a big mouth, and is brash (typically of New Yorkers), and is often boorish and imprudent (I consider his dumb, stupid comments about John McCain the worst of many dumb things he has said). He’s certainly not a saint (nor is any other politician I am aware of). But he’s not all these other terrible things you claim. And he has done lots of wonderful things while in office which are perfectly consistent with the conservative outlook that I have had since 1980.

The nonsense about Trump supposedly mocking the reporter with a disability is one of the biggest and most asinine lies of a long list. This video demonstrates that the claim that Trump mocked a man with disabilities is a bald-faced lie. There are many other such, and they have to be dealt with one-by-one. That is dealing with reality. We have to look at both sides and make up our minds. If the video evidence I provided is false, then I need to be shown how and why it is. That’s how rational people (critical thinkers, of whatever political stripe) make intelligent, informed decisions. It’s precisely that, that helps us all avoid playing games with “reality.” We can’t just swallow talking-points (on either side) uncritically.

These extreme criticisms of Trump (racist, anti-woman, anti-immigrant, etc. ad nauseam) are simply Democrat talking-points that are used against any Republican who challenges their dogmas and cherished sacred cows. Most were used against Reagan over 30 years ago. Now Reagan is cited in hushed tones even by Obama. How soon we forget . . . If anyone wants to see how I have defended Trump against all of these charges (and have noted the countless double standards involved in Trump-criticism), see my many articles on the topic on my Political, Ethical, and Moral Issues web page.

If I am a Trump supporter, and I don’t have all these malicious, evil views (widely attributed to Trump and his supporters), then there can be others, too, possibly adding up to many millions. Even Hillary Clinton thought only about 47% of Trump followers were “deplorables.”

If we demonize entire political groups, then we are guilty of bearing false witness about many in those groups. But to get to know and actually talk with (and befriend) those in the despised “opposition” group (one-on-one and one-by-one), we can learn that honest, good, sincere people (in this case, fellow Catholics in Christ) can have honest differences regarding politics and ethical issues.

Today, no one talks to those who are different from themselves; hence, the demonization and polarization get worse and worse, and that does no good at all. 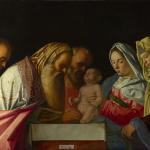 October 31, 2018
Baptism & the Analogy of Circumcision (John Calvin)
Next Post 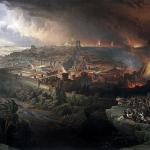 On the Patriot Front's Appearance at...
Steel Magnificat
Books by This Author Books by Dave Armstrong