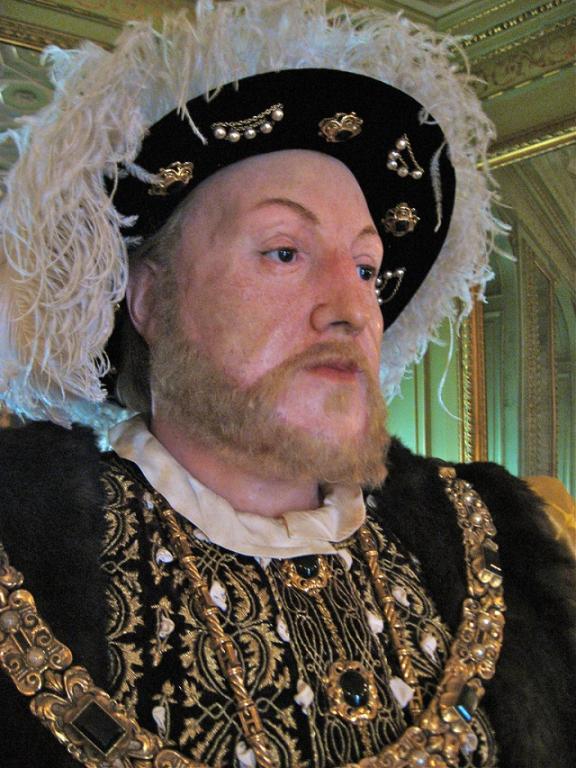 I mostly compiled citations from Catholic and Protestant scholars, in this section, which was part of my much longer original 1994 version of my first book, A Biblical Defense of Catholicism. The few interjections of my own will be in blue. The rest of the material (minus my category titles) consists of citations: which I won’t bother to indent.
*
1. Summary
*
It was purely and simply by means of this league between the princes and the preachers and theologians that the new religion, thus thrust upon the people, was enabled to endure. Were it not for the princes and lords,’ says Luther, ‘we could not stand much longer. Let us then pray for our Elector, that he may be able to preserve the Church. (Janssen, V, 286)

No instructed Roman Catholic now denies the appalling condition of Western Christendom at the beginning of the 16th century . . . No instructed Protestant now denies that political and personal motives bulked very large in the Protestant Reformation. (Rumble and Carty, II, 66)

How could it ever be imagined that, in such revolutions, the new doctrines succeed, with the mass of mankind, by the force of their own inherent superiority as truths? . . . That Lutheranism carried all before it by its own mere power as an evidently truer theory of grace than what it displaced? . . . The mass of the German princes were utterly indifferent to religion as such, of any kind . . . But . . . when the monks walked out and set up as married men, the abbey, its buildings, its lands, were not left for all and sundry to occupy . . . All this went to the prince — the process dignified with the noble-sounding word ‘secularization’: the first theft, on the great scale, of a subjects’ property, where the state is the thief. Wherever the Reformation succeeds it does so because a government takes it up or because the party of the Reform succeeds in displacing the government. (Hughes, 206-207)

In Lutheran Europe civil courts became the only courts, secular power the only legal power. Secular rulers appointed Church personnel, appropriated Church property . . . The Church became subject to the state. The Lutheran movement, which thought to submit all life to theology, unwittingly, unwillingly, advanced that pervasive secularization which is a basic theme of modern life. (Durant, 377)

2. The State Church as the Protestant Panacea
A. Martin Luther

Luther . . . despised the common people . . . Luther had to transfer to the state most of the authority that had been held by the Church; therefore he defended the divine right of kings.

The hand that wields the secular sword is not a human hand but the hand of God. It is God, not man, who hangs, and breaks on the wheel, and decapitates, and flogs; it is God who wages war.

In this exaltation of the state . . . lay the seeds of the absolutist philosophies of Hobbes and Hegel, and a premonition of Imperial Germany. (Durant, 448)

Melanchthon had afterwards abundant reason to regret his appeal to secular power . . . Hence his exclamation: ‘If only I could revive the jurisdiction of the bishops! For I see what sort of Church we shall have if the ecclesiastical constitution is destroyed.’ (Grisar, VI, 270; letter to Camerarius)

C. Zwingli and His Followers

In the eyes of Zwingli’s more radical supporters the movement had ended in reaction . . . Arising in an atmosphere of Christian liberty and congregational autonomy, it had swiftly hardened into a State Church. In his treatise Of Divine and Human Justice (1523), Zwingli accepted this as inevitable. Moreover, he now rejected the notion that any ideal society could be shaped within this sinful world . . . Like Luther he had been compelled to reconcile his social idealism with his need for the support of existing governments. (Dickens, 118)

Zwingli exalted the authority of the pious magistrate as ecclesiastical reformer in terms more decisive than those of Luther. Whereas Luther had primarily undertaken the task of restoring a Christocentric religion, Zwingli undertook a further phase of the Reformation: the systematic imposition of Christian discipline upon the community. The theocracy composed of magistrates and pastors was the invention of Zwingli’s Zurich, and it was bequeathed by them to Calvin, who consummated their experiment in Geneva. (Dickens, 118)

Martin Bucer had the most absolutist position of all:

Subjects, he said, must be submissive to all government whatever, without any distinction. Even when rulers gave commands which were contrary to God’s Word, the subjects must obey them, for it was to be presumed that it was God himself who was sharpening the rod for punishment. (Janssen, IV, 367-368)

This separation of God and government from morality was diabolically calculated (by Satan) to result in, for instance, Communism, Fascism, Nazism, and abortion on demand (because what’s legal must be “right”).

Frederick I imposed Lutheranism upon Norway. In Sweden, Gustavus Vasa . . . king of Sweden . . . was a Catholic, and the people were much attached to the Catholic faith. But Gustavus needed money for his new kingdom, and to get it he decided to confiscate the estates of the Church. Not from religious conviction, but solely through political expediency, he decided to impose Lutheranism also by civil authority. (Rumble and Carty, II, 64)

In 1556 the Pfalsgraf, Otto Heinrich, declared the doctrine of Luther to be the exclusive religion of the land. But his successor, Frederick III, only three years later, established Calvinism as the State religion. His son, Ludwig, however, in 1576 brought Lutheranism in again, and banished from the country all Calvinist ministers, teachers and officials. In 1583 the pendulum swung back once more, and Ludwig’s brother Johann re-established Calvinism. Thus the unhappy people, in the space of less than forty years, were compelled to change their religious faith four times, to say nothing of the original change from Catholicism to Protestantism! (Stoddard, 98)

3. The Unpopularity of Luther and Other Protestant Revolutionaries

From year to year the aversion of the people towards the new doctrine and its apostles had gone on increasing, even at Wittenberg, the hearth and centre of the innovation. (Janssen, V, 283-284)

If the Elector were to grant freedom of worship to the Catholics of his dominions, there would be great danger, the preachers feared, in view of the general feeling of the people that the old faith would gain a decisive victory over the new. (Janssen, V, 286)

Luther couldn’t even visit his father who was seriously ill, in February, 1530, for fear that the peasants would kill him:

The attachment of the people to Luther’s doctrine was no greater than to his person . . .

‘They accuse us of being rebels, of having destroyed the unity of the Church, and of being the authors of all the evils of the day . . . Many are saying, “Religion is going to the dogs; there is no reverence for God . . . What good has come out of the Gospel. Everything was formerly in a far better state.”‘ . . .

The people would willingly drive him, ‘together with the Gospel — sheer out of the country, or else starve him to death.’ (Janssen, V, 284-285)

The peasants themselves turned against the Reformation as a lure and a betrayal; some called Luther ‘Dr. Lugner’ — ‘Dr. Liar’ — and ‘toady of the princes.’ For years after the revolt he was so unpopular that he seldom dared leave Wittenberg . . .

4. The Political and Non-Popular Basis of the English “Reformation”

In England the Reformation, in every sense, depended on the initiative of the Crown . . . The Reformation of Edward VI’s reign was brought about by an alliance between politicians utterly worldly, devoid of morality, and Reformers so bigoted as to play blindly into their hands. (Hughes, 165, 196)

At Henry’s death a rickety child, his diseased little son Edward, nominally succeeded. But real power was . . . in the hands of the unscrupulous men who formed the Council. They rigorously pursued and increased the loot of religious endowments and even made an effort to impose a new Protestant religion repugnant to the vast majority of Englishmen (the secretary to the Government, who had all the evidence available, sets that majority at eleven-twelfths of the people). (Belloc, 12)

Never before in history, not even in Lutheran Germany, had the state engineered such a total confiscation of spiritual authority to its own advantage. (Daniel-Rops, 242-243)

The people escaped from an infallible pope into the arms of an absolute King. In a material sense they had not benefited . . . William Cobbett thought that,

viewed merely in its social aspect, the English Reformation was in reality the rising of the rich against the poor. (Durant, 577-578; Cobbett [1763?-1855] was an English working class leader and central figure for parliamentary reform)

How politics could react upon religion,” was “most strikingly demonstrated in England . . . No country . . . seemed more soundly orthodox . . . Yet the pope’s authority had hardly been called into doubt before it was altogether removed . . . That it took its origin in a political revolution, only the wilfully blind would deny . . . doctrine and belief were secondary matters. (Hurstfield, 80-81)

The English Reformation was emphatically a political revolution. (Chadwick, 97)

The Reformation in England was determined mainly by the interests of the Crown. (Lucas, 533)

Johannes Janssen, History of the German People From the Close of the Middle Ages, 16 volumes, translated by A. M. Christie, St. Louis: B. Herder, 1910 (originally 1891). 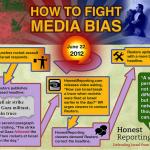 November 16, 2018 Old Liberal Moral Causes ("The Post") vs. Tabloid Liberalism
Recent Comments
0 | Leave a Comment
"On the other hand if Shakespeare had been historically accurate we wouldn't have Julius Cesear ..."
Wayfairer “Amadeus” & Historical Accuracy in Biopics
"The arts have powerful influence. Every dope who sees one of these things considers themselves ..."
Jim Dailey “Amadeus” & Historical Accuracy in Biopics
"I call BS on Ann’s argument. i must question if she has even read Dr. ..."
Paul Hoffer Exchange: Conservative vs. Liberal Biblical Scholarship
"I think that you are just a little too vigorous here about the problems of ..."
Tom Hanson Exchange: Conservative vs. Liberal Biblical Scholarship
Browse Our Archives
get the latest from
Biblical Evidence for Catholicism
Sign up for our newsletter
POPULAR AT PATHEOS Catholic
1