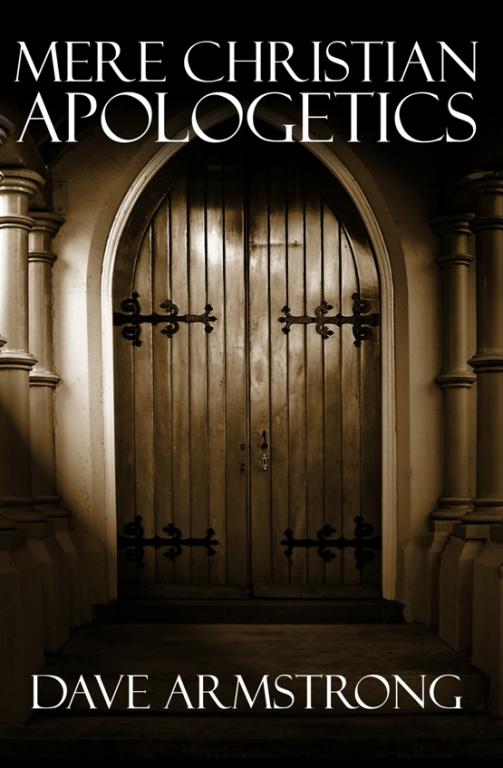 From my book, Mere Christian Apologetics  (2002; published in paperback in 2007)

It is often claimed that the Resurrection is suspect because it defies natural laws. But that’s what all miracles do. The question is whether they occur or not, and that is determined by substantiation and eyewitnesses. More than 500 people saw the risen Jesus (1 Corinthians 15:6). There was without doubt an empty tomb, which had been watched by a Roman Guard under penalty of death if they had allowed any mischief.

If one disallows the possibility of such things occurring from the outset (a sort of atheistic “dogmatism”), then of course they will reject the Resurrection. It doesn’t take a rocket scientist to see that.

An atheist opponent I dialogued with on an Internet list mentioned how the Jewish historian Josephus, in his War Of The Jews, Book VI, Chapter 5, reported that many eyewitnesses saw soldiers and chariots flying in the sky above Jerusalem. The fallacy here is that if one or more alleged eyewitness accounts are unbelievable and partake of mythical characteristics, therefore all are fictitious, mythical, and untrue; hardly airtight, indisputable logic:

1. People claimed to see chariots in the sky above Jerusalem.

2. Mediums claim to see and conjure up dead spirits.

4. Hilary Clinton had an inspiring visit from Eleanor Roosevelt.

5. Therefore, all eyewitness accounts of supernatural events are obviously fantastic, unbelievable, and ridiculous.

6. Therefore, Jesus’ Resurrection either could not occur (skepticism), or if it possibly could, no amount of eyewitness testimony or circumstantial evidence is sufficient to compel belief in such an event (agnosticism).

1. My three kids, my wife and I saw with our own eyes Mary Poppins flying through the skies of London.

3. St. Paul claims that over 500 people saw the risen Jesus.

4. But since this is similar to ridiculous and silly fictional accounts, and we don’t have the direct testimony of the 500, we must reject it as absurd.

Christianity has verifiable, substantiated historical evidences that no other religion has. The Resurrection (or the claim that it occurred) has to be explained somehow. The empty tomb must be grappled with. That being the case, skeptics have developed various alternate theories for what occurred: stolen body, swoon theory, hallucination theory, and the Passover Plot. All of these are woefully inadequate to explain what happened.

But the immediate point is: how did the initial Christian movement change from a beaten, scattered, frightened, cowardly flock of disciples who had just endured the torturous death of their leader, to joyful evangelists spreading a message of miracle and hope in very short order? Skeptics have to deal with the known, non-miraculous, undisputed facts of what happened (such as the empty tomb).

Or it is argued that the psychological characteristics of cult members can explain the disciples’ behavior, or the alleged superstitious nature of the time (supposedly more so than in our own), and that there are always folks who will maintain a grotesque, unbalanced, morbid devotion to charismatic figures who die young, such as Elvis or Princess Diana. But this is not compelling reasoning against the Resurrection, either:

1. When charismatic figures die, people embellish facts and claim to see them alive.

2. There is a fanatical cult for Elvis Presley.

3. There are weird cults which worship Princess Diana.

4. Women went crazy and fainted at the funeral of Rudolph Valentino.

5. The Resurrection of Jesus has some fleeting, superficial similarities to these wacky scenarios.

6. Therefore it never occurred, and furthermore, no reasonable (“rational and sane”) person can believe that it could ever occur.

This sort of “reasoning” mitigates just as strongly against atheism and secularism too (let us rhetorically turn the tables for a moment):

1. Lenin was an atheist and was a tyrant and despot.

2. Stalin was an atheist and was a tyrant and despot and mass murderer.

3. Mao was an atheist and was a tyrant and despot and mass murderer.

4. Atheist regimes have been responsible for the most murder and genocide by far (to an exponential degree) of all governments.

5. Philosophical (benevolent) atheism has definite similarities to these folks, because it, too, denies that there is a God.

6. Therefore it must be untrue, because of the similarities to the above revolting people and situations, and no reasonable person should or could accept atheism. Guilt by association . . .

Some skeptics will concede that the Resurrection could have conceivably occurred, but is not sufficiently documented for anyone to believe it; others contend that it could not possibly have occurred. The former group should, then, be delighted to explore the various historical/circumstantial/legal-type evidences that Christians can bring to bear. For the latter, all the argument in the world is futile and meaningless. Nothing can convince a skeptic unless and until their presuppositions are overthrown.

We do have several accounts of the disciples having seen Jesus, in the historically trustworthy New Testament. Skeptics will deny that it is historically trustworthy, in order to avoid this evidence, but that is simply not true, so they are operating on a demonstrably false premise to uphold their skepticism. The evidences are in the nature of legal-historical proofs, precisely those which we utilize to determine the particulars of criminal acts.

It is argued that miscellaneous documents (as it is claimed for the Gospels) written decades after events occurred, present very weak historical arguments. Why, then, I ask, do historians accept without question many Greek and Roman histories as valid, when the manuscript evidence for them usually dates many hundreds of years after their composition (sometimes all the way to the Middle Ages)?

As usual, there is a double standard. All of a sudden, once we are considering Christianity, then the criteria of proof becomes several degrees more strict than for other things. Matthew and John were eyewitnesses. It is thought that Mark got his account from eyewitness Peter. Luke was an extraordinary historian and gathered many sources, just as a biographer would do today. Many biographies are written decades after the person lived. That doesn’t mean they are to be immediately dismissed, as long as they are carefully researched.

Jesus Himself was well aware of this sort of super-skepticism: a demand for signs, yet never accepting the import and message of any which are indeed given:

. . . if they do not hear Moses and the prophets, neither will they be convinced if some one should rise from the dead. (Luke 16:31)

Indeed this is what happened, with regard to the majority of Jewish believers at that time, and ever since among overly-skeptical minds inclined to rule out the possibility of miracles before ever even considering them from a legal-historical criteria of proof (as Hume himself did in his supposed compelling “disproof” which was really no rational disproof at all, or as someone like Thomas Jefferson did).

The Resurrection is discounted because nobody saw the event itself. Not many people witness murders, either, but we manage to scrounge up enough evidence to punish murderers. Nobody witnessed the Big Bang or the whole process of macroevolution, but atheists and agnostics have no trouble believing in those things. Yet when it comes to Christian tenets and miracles — which skeptics are inclined to be cynical about from the outset, due to prior hostility and biases –, a much greater amount of proof is required, compared to “natural” beliefs, which appeal to them by predisposition.

We are informed by skeptics that the claim of a guarded tomb is suspect because it requires us to take an inerrantist view of the book of Matthew. Inerrancy isn’t required; only sufficient historical accuracy, just as we accept any other document of the period. But this is the Christians’ document, so critics inconsistently and inexplicably apply a higher standard to it than to other documents, even in matters of historical fact. Anonymity (if it is to be claimed) is irrelevant, as long as the document can be trusted as a dependable historical source (which is certainly a characteristic of the New Testament).

We also have evidence from the hostile witness of the non-Christian Jews of the period (and thereafter), who believed the tomb was empty and therefore felt compelled to offer some theory as to why this was the case.

Matthew also reports on an event whereby people were resurrected out of their tombs and walked around Jerusalem (Matthew 27:51-53). This causes skeptics to dismiss the book’s historical accuracy. But let’s examine the “reasoning” involved here:

2. But I don’t believe in supernatural events.

3. A source which reports supernatural events must be written by gullible buffoons.

4. Therefore, x must be untrustworthy for anything it reports, but especially with regard to supernatural reports.

(Second hidden “logical reasoning”: if Source x is wrong about amazing and obviously mythical event a, then it is wrong about everything else it reports)

If the Bible is trustworthy, then one must take it seriously (or at least not immediately dismiss it as a bunch of old wive’s tales) even when it reports events which don’t happen to fit into one’s own “box.” The Christian is skeptical of reported miracles at first, too, until sufficient confirmatory evidence comes in. Skeptics need to determine how much confirmation is sufficient enough to allow rational belief in a miracle?

Skeptics of the Bible always have the convenient option of explaining or rationalizing away any passage they happen to disagree with by claiming it was a later “interpolation” of the early Church, in a cynical and sinister effort to revise the actual facts or religious beliefs as originally written, according to some unsavory ideological agenda. This route is often followed, rather than acknowledging a supernatural event.

My atheist opponent on the Internet was so desperate to deny Paul’s claim that 500 had seen the risen Jesus that he even questioned Paul’s “mental health” and then claimed that it was not clear whether Paul believed in an empty tomb or Jesus’ physical Resurrection. For those interested in biblical counter-evidence on this point, see: 1 Corinthians 15:12-57, Romans 8:10-12,21-23, and Phil. 3:10-11,21.

Skeptics may allow a billionth of a billionth of 1% of a chance that the Resurrection could have occurred or did occur. If so, we need to ask them what sort of proof would be required for them to change their mind? If they can offer no answer, then their belief is unfalsifiable, and as such, not philosophically worth much, especially from a hard-nosed, empirical perspective. They are failing to apply their own ostensible principles consistently to themselves. 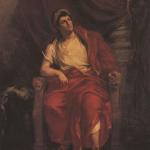 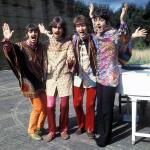 November 14, 2018 Review of The White Album (Beatles): 50th Anniversary Remix
Recent Comments
0 | Leave a Comment
""every word and deed should be ratified by the testimony of the Holy Scripture"That one ..."
Caritas David T. King and William Webster: ..."
"The mention of him repeating "according to the Scriptures" in Book X is clearly out ..."
Caritas Hilary of Poitiers (d. 367) vs. ..."
"One of your favorites for me. I'm happy to read it again. Great fun. Another ..."
Tom Hanson Parting of the Red Sea: Feasible ..."
"You should appeal to your bishop. It's your canonical right."
Dave Armstrong “Eucharistic Pharisees” (Communion in the Hand)
Browse Our Archives
Related posts from Biblical Evidence for Catholicism