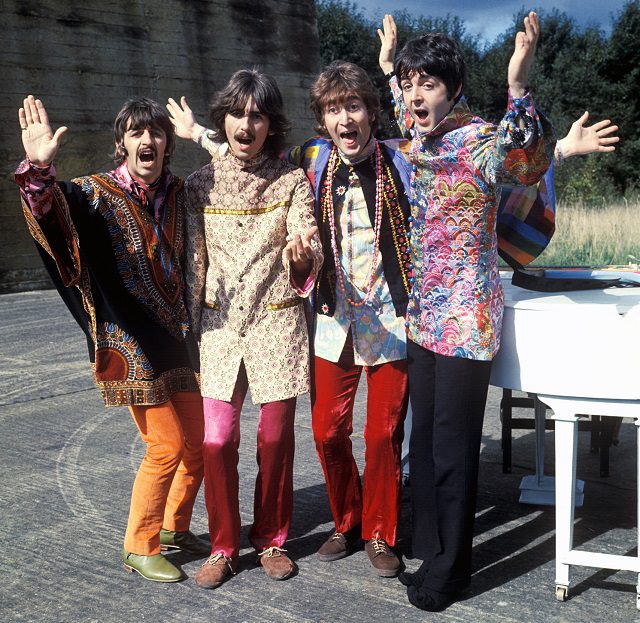 My favorite-sounding songs from The White Album up till now were a mixture of mono and stereo (I preferred ten in mono). Generally in my “Beatles taste” I prefer the rockers in mono, with the drums centered (unless they’re already centered in the stereo). Almost always, I dislike the drums in one channel only. It takes away the power, punch, and overall impact, and doesn’t sound live at all. In a word, it’s wimpy drums, and that just ain’t right for rock and nearly-rock pop music, or any music where the beat plays a big role in the overall sound. Bass is better in the middle, too.

In this re-mix by Giles Martin, for the most part (with a few baffling exceptions), he understood that, just as with his wonderful Sgt. Pepper remix. I’ll now proceed to analyze my favorite tracks (not including the demos), compared to what I regard as the best-sounding previous versions. Then readers may make the same head-to-head comparisons and see if they agree. It’s fun. I love doing this. It’s like a marvelous aural journey of discovery.

I first heard the White Album at ten years old. It was different; kind of weird, and it took a while to grow on me. My brother had bought it. I enjoy it more than ever, now at age 60, as perhaps the ultimate “variety of styles” album. I can’t think of anyone who has so brilliantly performed so many styles in one album, while each song remains recognizably from one group, and is hard to imagine having been produced by anyone else.

1. Back in the USSR: superior to the previous best 2009 stereo, which sounded a bit harsh and muddled. The drums are centered, as they should be. The bass is still too subdued (which is a mystery in both mixes), but can be heard more so than 2009. Paul’s voice is slightly less prominent, but the overall mix works well and sounds fuller and more “atmospheric.”

2. Dear Prudence: drums and stronger bass are centered, making for an improvement from the 2009 stereo. It’s punchier and a bit more resonant, too: which works well, given the glorious “chimey” / neo-Byrds guitar sound.

3. Glass Onion: Thunderous, “in your face” and echoey drums are the highlight here, as they should be for such a spirited Lennon rocker, making it better and significantly more “energetic” than my previous mono favorite.

4. Ob-La-Di, Ob-La-Da: the primary improvement is in Paul’s voice, which sounds perfectly natural, as if one were in the room with him. The drums are louder and crisper as well, compared to the 2009 mono, which was better than the 2009 stereo.

5. Wild Honey Pie: compared to 2009 stereo, there is more reverberation, especially in the drums, which assume a larger importance in the mix, resulting in a needed fuller sound and a somewhat “spooky” feel.

6. The Continuing Story of Bungalow Bill: much better mix in terms of both balance and overall clarity and sound, compared to the 2009 stereo, which was too harsh and excessively separated (especially in light of this improvement).

7. While My Guitar Gently Weeps: It’s disappointing in that it didn’t center the drums, and they are lower in volume as well, but there is an upside to the new mix, too: the non-lead guitar parts are more distinct, clear, and brighter. Since this is a blues-oriented guitar piece rather than a rocker per se, I give the nod to the remix (though it’s a close call), because we love George’s guitar (here with Eric Clapton as well), and want to get as much of that as we can!

8. Happiness is a Warm Gun: the drums are brighter than the muffled sound of the 2009 mono, and the background vocals towards the end are a lot cleaner and sharp; sounds more “alive.”

9. Martha My Dear: this most Pepper-like (and I think, underrated) song of the White Album (which was about Paul’s dog, for those who missed that!) sounds appropriately brighter and clearer and more catchy all-around than the 2009 stereo. The introductory piano sounds normal and natural, rather than muffled and stunted.

10. I’m So Tired: Oddly, the drums are on one side and arguably the right volume in the verses in 2009 stereo, and arguably a little soft and centered in the remix, while both mixes have a louder drum during the choruses, but with the old one centered and the new one on one side (!). 2018 has a somewhat more clarified and louder bluesy guitar in the choruses. So this one is a toss-up based on subjective preference. I might feel differently with some of these songs also if I heard them through speakers. I’m using headphones, for ease of comparison.

12. Rocky Raccoon: the drums are brought more to the center and the barrelhouse piano is much clearer. In the 2009 stereo it sounded like it was coming from a cheap transistor radio inside a garbage can.

13. Don’t Pass Me By: a significantly cleaner and much more pleasant listening experience than the muffled, annoying 2009 mono, which was at least better than the 2009 stereo and its nearly nonexistent drums. One wonders why the original mixes could have been so substandard compared to George Martin’s usually superb work. The son definitely outdid the father on this one. But I suppose the superior sound technology available today is the main reason. It seems as if our listening habits change over time as well. What we thought was fine and great 40 or 50 years ago sounds odd and weird and distorted today.

14. I Will: I think it’s a bit over-mixed. The 2009 stereo is actually cleaner and the old-timey bass is where it should be, in my opinion (it’s too soft now). So 2009 gets the nod. Giles must have thought the original bass was a little “intrusive.” I don’t. That’s a subjective judgment call where different opinions are fine.

15. Julia: the two mixes of John’s beautiful tribute to this late mother are very similar, but the guitars are maybe slightly brighter compared to the 2009 stereo.

16. Birthday: the frenzied guitar attack in the middle section after the drum break is more dramatic and almost punk-like, but there isn’t too much difference compared to 2009 stereo. It was always a “tinny” recording and remains so even now (somewhat like many of the Rolling Stones’ recordings). But maybe it was supposed to be . . . Me, I prefer a warmer, cleaner sound. But again, these are subjective judgments.

17. Yer Blues: this wonderful, near-satire of late 60s English blues was already glorious in 2009 remastered mono, but it’s cleaner now compared to the mono, and the drum is totally centered instead of half-and-half, as in the 2009 stereo. Thus, it combines the best of each “competing” 2009 version: much like the 2017 mix of Pepper did. That’s what we want!: all the good stuff in one mix for the best listening experience. Can’t wait to hear this and the other rockers with my big old-fashioned, Michigan-made speakers.

18. Mother Nature’s Son: Sounds about the same to me.

19. Everybody’s Got Something To Hide Except Me And My Monkey: Inexplicably, the drums are kept to one side on this explosive rocker. It could have been improved in the same way that Glass Onion was, and the obnoxious cowbell should have been removed (I had vainly hoped)! But that would “mess with” the song as the Beatles made it (maybe with Ringo’s permission, the cowbell could be excised?). But there are improved aspects in this mix, too. It happily maintains the song’s rocking nature, with its wonderful all-out Twist and Shout-like Lennon vocal delivery. The clarity is better: particularly in the snare drum and cymbals, which can be more distinctly heard. The 2009 mono (my previous favorite) sounds “jumbled” in comparison. So I choose this one as the best.

20. Sexy Sadie: very similar, but in the 2009 stereo the drums are slightly louder (better, to my taste) and cleaner and crisper in the snare and cymbals. I don’t know why that was changed (why it was thought a change was needed), so I think the remix fails on that score, but it’s a relatively minor failure.

21. Helter Skelter: Paul’s not a rocker? Ha! Take this! Disappointingly, the drums were not centered. But as in the case of Me and My Monkey, all is not lost. They’re louder and have a much more jolting impact than the 2009 mono, and the guitars are louder, making the song an almost frightening existential experience (some of the most ferocious rock ever played by any band ever). Another downside is a softer bass in the mix. Since we want to hear Paul’s Come Together-like “swamp” bass, too, we can easily accomplish that by simply turning up the bass portion of our equalizers. With that adjustment, the new mix can be heartily recommended as superior. Play it really loud! I made sure no one was home when I did. :-)

22. Honey Pie: This is a big improvement in an “upgraded sound” sort of way. As in many of the softer Paul songs, his voice sounds more natural: like it’s an in-person performance without a mike, up close. But in terms of the mix, the “20s jazz” orchestral flourishes are much more prominent, and it works wonderfully to these ears. Great job in improving the 2009 stereo, and almost transforming the song, making it even better than it has always been.

23. Cry Baby Cry: not much different, but fuller, warmer soundscape than the 2009 stereo, while maintaining the greater punch of the 2009 mono.

24. Good Night: the big improvement here over the 2009 stereo is the significantly greater clarity of the background singing, which was quite muddy and muffled before.

Overall, I give it an A-. The best improvements (my A list above) are very good, so I give it 5 stars for overall impact. 17 significantly or strikingly improved Beatles songs is something for all devoted fans to rejoice about! I’m very happy about the whole thing. It’s a must-own for any Beatles fan.

The above was posted as an Amazon review. Please visit it and select the button “helpful” if you liked this. Thanks!

Other Beatles Reviews on Amazon:

Power Pop, Punch, & Beyond the Mono vs. Stereo Debate (Sgt. Pepper 50th anniversary remix) [5-26-17] This review remains on the front page of the Sgt. Pepper remix Amazon page, as the third most popular of  the “Top Reviews”: with 451 people finding it “helpful.” This is after 2,923 individual Amazon reviews have been written. As a huge Beatles fan, this is a thrill and very gratifying to me.

My Book on Classic Rock: 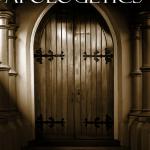 November 13, 2018
Silly Atheist Arguments vs. the Resurrection & Miracles
Next Post 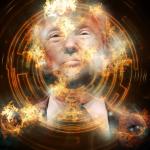 November 14, 2018 Debate [?] on Biblical Honor of Rulers: Including Trump
Recent Comments
0 | Leave a Comment
"Thanks Dave, that's another unfortunate case of trying hard to find something wrong whatever the ..."
Caritas Fr. Peter Stravinskas & Irrational Pope ..."
"oh this is gold, thank you!"
Joshua Ramir Perpetual Virginity of Mary: Held by ..."
"Thank you for calling out the evil Cuomo.I find it telling that he effectively murders ..."
Jim Dailey COVID Vaccines, Facts, & Conscientious Objection
"You're welcome. Thanks for your kind words."
Dave Armstrong COVID Vaccines, Facts, & Conscientious Objection
Browse Our Archives
get the latest from
Biblical Evidence for Catholicism
Sign up for our newsletter
POPULAR AT PATHEOS Catholic
1