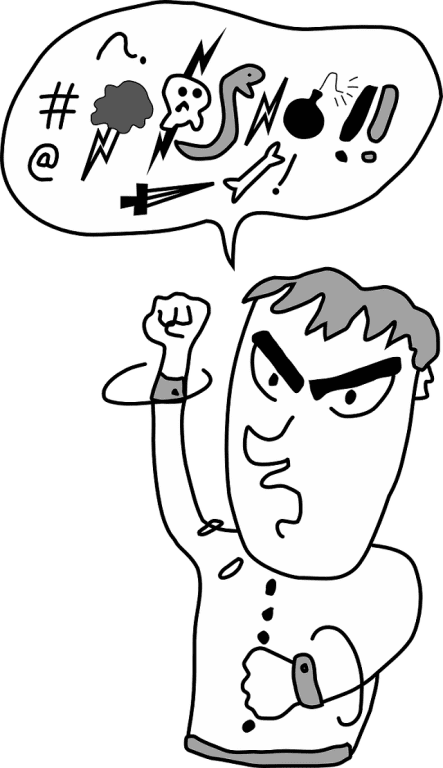 [I wrote this on Karl Keating’s Facebook page, where he put up a popular piece about foul language]

Ephesians 4:29 (RSV) Let no evil talk come out of your mouths, but only such as is good for edifying, as fits the occasion, that it may impart grace to those who hear.

Luke 6:45 The good man out of the good treasure of his heart produces good, and the evil man out of his evil treasure produces evil; for out of the abundance of the heart his mouth speaks.

James 3:8-11 but no human being can tame the tongue — a restless evil, full of deadly poison. [9] With it we bless the Lord and Father, and with it we curse men, who are made in the likeness of God. [10] From the same mouth come blessing and cursing. My brethren, this ought not to be so. [11] Does a spring pour forth from the same opening fresh water and brackish?

I think a lot of this is a generational discussion. I’m a late baby boomer (1958). It seems like in my own generation (notwithstanding Woodstock, etc.) we at least retained some sense of not talking a certain way in mixed company, or with family. That’s precisely why it was called “locker room talk” or “gutter language.” It was understood that it was reserved for the locker room (i.e., segregated by gender), or the gutter, or the bar at midnight, or the all-male poker games, or the stereotypical “construction workers,” etc.

That has been systematically broken down through movies, music, and now social media. People under, say, 40 (hard to say where the ‘line” is) have grown up in a world where indiscriminate coarse language among both men and women, is perfectly commonplace, in almost all social situations.

I used to marvel, way back in the early 90s, how a woman I worked with when I did deliveries (maybe ten years younger than I) used to swear like a sailor: literally every sentence. To me, that was equal parts scandalous and stupid. For her, it was perfectly “normal” and natural. And that’s now 25 years ago. It’s gotten exponentially worse since then.

We’re now seeing an expected, natural progression of this thought into Catholic (and larger Christian) circles, and that is what has been causing controversy over the last few years. Oftentimes, younger folks see no problem with it whatever, whereas us old fogey boomers can be found defending what we think is a more traditional Catholic view regarding language, cussing, etc.

If one thinks the language is perfectly unobjectionable, then they will think it’s necessary even in evangelism, so that we are “being all things to all people.” But that doesn’t follow, as I touched upon in one of my “trilogy” of articles on the topic:

To be in the world but not of it, is not to be besmirched with all its mud up to our necks.

That’s my $00.02, anyway, for what it’s worth. I do often observe and write about societal trends: some continuing influence from my old sociology degree.

Further comments of mine from the original Facebook combox:

We can have views of the relative severity of sins or possible sins. This applies to issues of “proper” language as well.

All swearing, of whatever type (and I agree, there are important distinctions) is about breaking social conventions and being nonconformist. But of course those conventions and norms are always changing, and that is the problem we have today. The goalposts have been moved. My own norm is now not the norm of many of my readers: especially younger ones.

To many folks today, it’s “not a big deal at all.” To others, brought up differently, and believing (as Karl Keating notes) that they are being obedient to Church teaching, it remains a big deal and a scandal.

Being tolerant of it in others in one thing; using it in the company of those whom it offends is quite another.

I don’t think people who swear a lot are necessarily evil and wicked. I’m not going around judging people and looking down my nose. But I think they will likely be “relentlessly discourteous” towards those whom it offends; who don’t want to hear it.

That is a large part of my point. Increasingly, we don’t care about what those around us think: especially more traditional folks. They’re just “old-fashioned” / old fogeys; not “with it.”

And yet our liberal overlords today have this illusion that society is so much more “tolerant” than it used to be.

I also think the daily attacks and lies about President Trump are far more offensive than the alternate for “poop” etc. The first is a mortal sin (bearing false witness), whereas the second is the language of Shakespeare and St. Thomas More.

“Bad words” are whatever society determines are bad words, through social convention: mostly as a result of connotation of / association with “low life” or immorality etc.

The problem and difficulty today is that these conventions and norms are changing fairly rapidly. Certainly within my lifetime things are vastly different.

The faster things change, the more confused people are, as to how they should act (and talk). 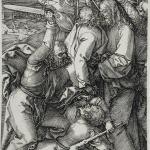 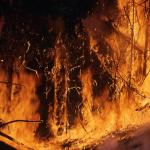