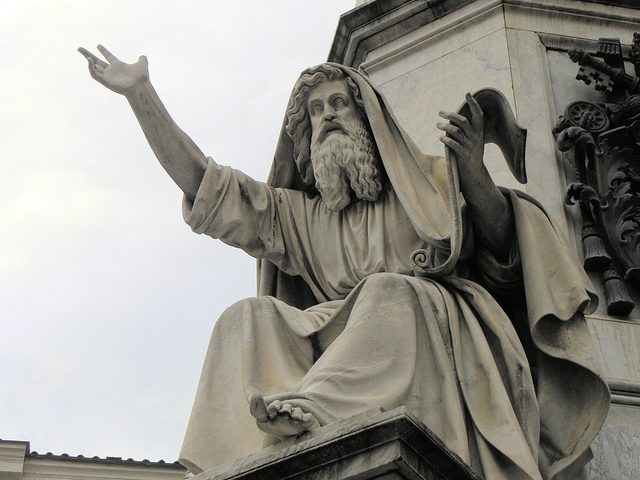 New Pro-Lifers, Never Trumpers, non-conservative centrists, third-party types and liberals / leftists have been anxiously waiting to see how Justice Kavanaugh would rule: particularly on the pro-life issue, so they could do a hoped-for “I told you so!”. The Supreme Court has refused to hear a case related to Planned Parenthood and Medicaid. According to ABC News:

The Supreme Court Monday dealt a blow to two states’ attempts to hamstring Planned Parenthood clinics by disqualifying them from public Medicaid funds.

The Supreme Court declined to hear an appeal in two cases concerning moves by Kansas and Louisiana to terminate Planned Parenthood health centers from their state Medicaid programs. The decisions allow lower court rulings to stand.

The only catch (as to the relation of this case to the pro-life cause and current New Pro-Life proclamations) is that it had nothing directly to do with the pro-life issue. Thus, the same article from ABC states: “the cases do not directly relate to abortion rights.” And it cites Justice Thomas, who — along with conservative Justices Alito and Gorsuch — wanted to hear the case:

[T]hese cases are not about abortion rights. They are about private rights of action under the Medicaid Act . . .

It was either about abortion or it was not. If liberal media and staunch conservative Justice Thomas  (who rarely agree about anything) agree that it was not, then it wasn’t; period. Thus, NBC News described it in an article title as a “Medicaid case” and reiterated that “The dispute did not involve abortion.” CNN concurred, as well:

At issue is not whether states can provide federal funding for abortion. Instead, the case concerned whether they can block Medicaid funds from offices that provide such women with annual health screens, contraceptive coverage and cancer screening. . . .

Roberts and Kavanaugh “likely have serious objections,” said Steve Vladeck, CNN Supreme Court analyst and professor at the University of Texas School of Law. “But such votes seem to be a signal that they would rather avoid contentious, high-profile disputes for now, at least where possible.”

Why, then, are new pro-lifers today triumphantly squawking and bleating about how this supposedly proves something about Justice Kavanaugh not being pro-life (or not as “purely” pro-life as they are)? To hear them describe it, one would think this case was  literally about whether Roe v. Wade ought to be overturned or not.

Mark Shea put on his [pseudo-]”prophet Jeremiah” hat for the zillionth time, and bloviated:

So today, so far from being some kind of surprise, is utterly predictable. Of *course* Kavanaugh followed the traditional GOP path of pretending to care about abortion and then betraying its prolife constituency. Because they know that prolife Christianists have mutated from being the dumbest suckers in American civil life to being the dumbest sadists, racists, and cruels in American civil life. Trump’s racist, misogynist, and sadistic cruelty is not a bug for them. It’s a feature. They love it. And the unborn and what happens to them is increasingly an afterthought, not a priority. They spend all their energy these days defending, not the unborn, but sadism at the border, the destruction of clean water regulations, sexual assault, Proud Boys, Nazi goons, election fraud, and, above all, their Mob Boss and his cult of personality. They will continue to defend Kavanaugh, overlooking this betrayal, because his appointment was deeply wounding to victims of sexual assault and they *love* that. [his asterisks]

Right. That’s us: described to a tee by the All-Knowing One, with a direct beeline to God. The case simply wasn’t about abortion. But Mark in his ubiquitous rants against anyone who deigns and dares to disagree with him, never lets simple factual information or logic get in his way.

We who supported Justice Kavanaugh always knew that he was a relatively moderate conservative: like Justice Roberts, with whom he agreed in this case. The much more conservative judge was Amy Coney Barrett: whose name was being bandied about as one of the likely choices. Thus, when Kavanaugh served on the U.S. Circuit Court of Appeals for the District of Columbia, he voted the same as Merrick Garland (President Obama’s choice for the Supreme Court), 93% of the time. According to the conservative Washington Times:

Judge Kavanaugh said their decisions aligned because both of them approach the law as written without interjecting personal preferences.

“I think we are trying hard to find common ground and as I’ve said before, he is a great judge,” Judge Kavanaugh said. “Those statistics reflect the reality of how judges go about their business.”

This is one reason why it was so utterly ridiculous — apart from the Democrat Senators’ failure to produce a single piece of compelling, corroborated evidence that Kavanaugh was a serial sexual abuser — that he was made out to be Robert Bork II, or joined at the hip with the evil Oreo / Uncle Tom Clarence Thomas, and as allegedly promiscuous as Bill Cosby and Bill Clinton and myriad other liberal “lovers of women.”

And it’s why he was strongly and decisively supported by the liberal and pro-abort Republican Senator Susan Collins from Maine. She figured that he was the most “moderate” choice that President Trump would nominate, and felt that he was a fair-minded judge, and also that he was being savaged and lied about without cause. She cared about the rule of law: and that is something where folks of all political persuasions ought to concur and agree.

This case indeed indicates that Kavanaugh is relatively “moderate” in this one respect — a la Chief Justice Roberts — which confirms what we who supported his nomination already knew. But we simply don’t know yet how he will vote on a pro-life case. Once one comes around, we’ll know. But we won’t know for sure until then. We have good reason to believe, based on his past record, that he will cast a pro-life vote. Justice Roberts also is likely to do that, as we know from his past record (including SCOTUS). A Vox article recounts it:

“What we do know is that he is a practicing Catholic and his wife (who is also a Catholic) has been involved with Feminists for Life, a group that opposes abortion,” Melissa Murray, a law professor at New York University, told me by email. “And in 1990, as a lawyer with the Department of Justice, Roberts penned a brief that argued Roe v. Wade was wrongly decided and should be overturned.” . . .

That brief — which Roberts helped write as deputy solicitor general in 1990, according to the National Women’s Law Center (NWLC) — is Exhibit A for abortion rights supporters who fear that Roberts would overturn Roe. The brief argued that Roe v. Wade “was wrongly decided and should be overruled” and that a right to an abortion “find[s] no support in the text, structure or history of the Constitution.” . . .

The Los Angeles Times reported in 2005 that Roberts had led a “small team of conservative lawyers who were determined to overturn Roe vs. Wade” at the Justice Department. Scott Ruskay-Kidd, senior staff attorney with the Center for Reproductive Rights, also noted that the position Roberts held in the Justice Department is “generally assumed” to be a political appointee with some policymaking discretion and that, during Roberts’s tenure, the federal government “consistently argued that the Supreme Court should overrule Roe v. Wade.” . . .

On abortion specifically, he has voted in favor of restrictions since taking a seat on the Supreme Court. In 2007, Roberts voted to uphold a late-term abortion ban. He was in the minority on Whole Woman’s Health v. Hellersedt, when Kennedy sided with the Court’s liberals to rule that states could not place an undue burden on a woman’s access to abortion. He also voted last month along with the Court’s other four Republican appointees to overturn a recent California law that regulated anti-abortion crisis pregnancy centers.

Thus, we can quite reasonably surmise that heretofore pro-life Justice Roberts will again vote pro-life in future SCOTUS cases. This present refusal to hear a case related to Medicaid no more “proves” that he is not pro-life than it “proves” that Justice Kavanaugh supposedly isn’t, or is wishy-washy on the issue like Justice Kennedy (whom we were blessed with because the Democrats borked Bork) was.

Another CNN article was even more explicit in noting that this proves nothing one way or the other about Kavanaugh’s pro-life stance and opinion about Roe v. Wade, and cited the pro-abort “progressive” Elizabeth Wydra, president of the Constitutional Accountability Center:

“Sen. Collins is wrong to think that Kavanaugh’s vote on Monday signals any support whatsoever for Roe v. Wade,” said Elizabeth Wydra, . . .
Wydra noted that in fact the case did not touch squarely on woman’s access to abortion. . . .
But it was not — despite Collins’ statements — a verdict on whether Roe v. Wade should be overturned.
Instead, if anything, it was a signal that Kavanaugh may endorse the chief justice’s attempts to lower the court’s profile and dodge hot button topics at a contentious time, especially after Kavanaugh’s explosive confirmation hearings.
“The case had nothing to do with abortion, Kavanaugh’s apparent vote not to hear this particular case does nothing to vindicate Sen. Collins vote for Justice Kavanaugh,” Wydra said. “Sen. Collins’ should not breath a sigh of relief until Kavanaugh squarely votes to support Roe,” she added. 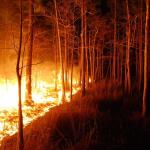 December 10, 2018
Dialogue w Atheists on Hell & Whether God is Just
Next Post 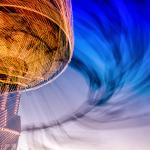 December 11, 2018 Exchange w Atheist on Premises, Evidence, & Methodology
Recent Comments
0 | Leave a Comment
Browse Our Archives
get the latest from
Biblical Evidence for Catholicism
Sign up for our newsletter
POPULAR AT PATHEOS Catholic
1