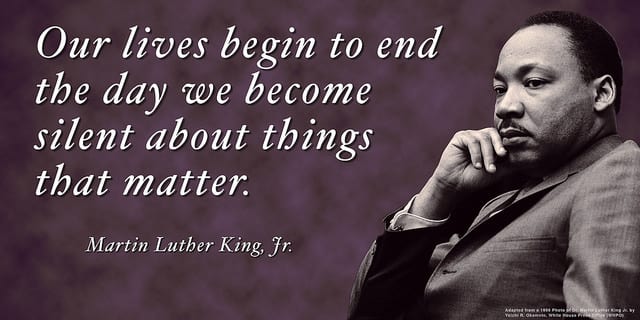 For necessary background information, in order to understand my opinion below, see the tremendously insightful article: “The Black Family: 40 Years of Lies,” by Kay S. Hymowitz (City Journal, Summer 2005).

As we celebrate the true greatness of the accomplishments of Dr. Martin Luther King as a civil rights leader on this holiday in his honor, it is also good to ponder where the civil rights movement went wrong. I would contend that its fatal decision and crossroads was to deliberately separate social justice and personal (traditional Christian, and especially sexual) morality: with the first almost solely emphasized and the second virtually ignored.

In 1965, socially conscious liberals like Daniel Patrick Moynihan (and people like Bill Moyers and even LBJ himself) urged the combining of the two, in order to counter already observable trends in the decline of the black family, but liberals (especially black liberals) would have none of it. Consequently, the cohesion of family life in the inner cities and the African-American family are almost in a shambles: causing untold misery and suffering.

As it has been said (by black conservatives like Thomas Sowell): “the black family survived slavery and Jim Crow but it couldn’t survive the Great Society.”

Until traditional Christian family values are upheld in liberal circles, these trends will continue and will get worse. Until it is considered as scandalous to be a fornicator or an adulterer or a deadbeat dad or lousy husband or wife or parent, as it is to be a racist or a bigot, it won’t get any better.

One thing is no better than the other. Self-destruction of African-American babies by African-American mothers (by abortion) doesn’t help anything, either, and is scarcely better than slavery. This used to be called “genocide” by Jesse Jackson, back when he was actually pro-life. Most black people who are murdered, are killed by fellow African-Americans, not white racists (by lynching or fire).

I say this as a great admirer of Dr. King. In 2009 during a trip to the Deep South I visited his home in Montgomery, Alabama and his church there (we also saw the place where Rosa Parks — whom I met — didn’t move to the back of the bus), and in Memphis I saw the auditorium where he delivered his famous final speech, the day before he was killed. We also saw the motel where he was shot.

I’ve been fascinated with race relations issues since 1967 and the Detroit riots (as a native Detroiter). I majored in sociology in college, so this has always been an interest and concern of mine.

When I was in the pro-life rescue movement in the late 80s, we saw ourselves as very much in the tradition of the civil rights movement and civil disobedience. The marchers and those who did sit-ins in the early 60s were fighting for the rights of all to equal access. We were fighting for the rights of all people (including the smallest and most helpless among us) to life itself.

We teach our children to honor Martin Luther King, and that racism is a very serious evil. We also teach them Christian sexual morality. 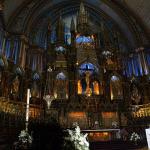 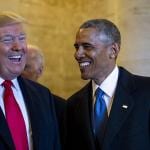 January 21, 2019 Is it "Racist" to Criticize President Obama or Any Black Person?
Recent Comments
0 | Leave a Comment
Browse Our Archives
get the latest from
Biblical Evidence for Catholicism
Sign up for our newsletter
POPULAR AT PATHEOS Catholic
1