Is it “Racist” to Criticize President Obama or Any Black Person?

Is it “Racist” to Criticize President Obama or Any Black Person? January 21, 2019 Dave Armstrong 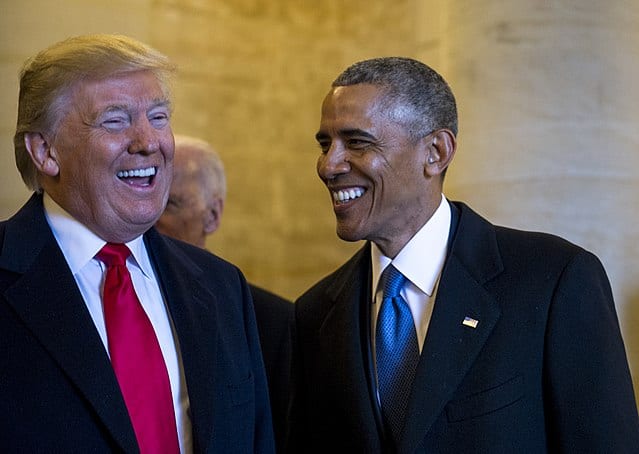 Equality means that a black man who is President or who holds any high office is treated exactly like anyone else: and that includes being criticized and blasted on policy and  being described accurately as a far-left liberal.

Welcome to the rough-and-tumble world of politics! If someone can’t take it, he or she ought to get out of the kitchen. But that’s equality. If we treat a person with kid gloves, it’s precisely because we think they are too ignorant or inferior to be able to take it, and that is, of course, racist.

America elected an African-American President (which lots of folks said would never happen — even in 2008 — because we are supposedly so profoundly racist). It happened. We did it. I was delighted about that: it was the only thing that made me happy about the 2008 election. Now we can criticize or defeat a black President if that is necessary. That’s equality. A black man can win, and he can also fail (and be criticized for same) and fail to win re-election, and that can actually happen in a non-racist context, with nothing whatever to do with racism!

Welcome to equality. It’s not racist to criticize a man’s political positions and actions while in office. Duh! How could any rational, sane, conscious person not immediately understand this? Yet we hear about it all the time, and something of this nature happened in one of my threads today (hence this reply of mine).

And as for the real racists who still exist (and they assuredly do, but in far fewer numbers than many think), one can act with the dignity of a Jackie Robinson (or Jesus), or Rev. Dr. Martin Luther King, and take it, and refuse to descend to the same wicked, brain-dead pit, and hence win everyone’s admiration, save that of the bigot, who gets even more angry, but who is a lost cause, anyway.

I do confess that if I were a black man in America up to very recent times, my reactions would be a lot more like those of Malcolm X (whose Autobiography I read and enjoyed) than Martin Luther King, but theoretically, anyway, the way of Dr. King was superior and more in line with Christian teaching. Not that there is never a time to fight, but in a nonviolent context it’s best to resist peacefully and passively. It worked in the Civil Rights Movement. It’s one of the great American success stories.

I wish it had worked in the abortion rescue movement that I was part of from 1988-1990 (we were following that model of civil disobedience), but we didn’t have the perseverance and guts to keep going back in the late 80s, once the pro-death forces started playing hardball.

Being colorblind means that the color of one’s skin is absolutely irrelevant to anything whatever: as irrelevant as what color shirt one wears, or whether they prefer Pepsi to Coke or vanilla to chocolate ice cream.

We don’t walk on pins and needles and patronize and condescend and assume a “master” mentality and schtick because someone supposedly can’t “take it” — or in a misguided effort to alleviate “white guilt” that is meaningless as a collective sentiment, anyway. Guilt is an individual thing: between a person and God.

And being a “victim” in one’s thinking is the choice of the one who chooses to take on that mindset, and who thinks nothing else is possible. The law is the collective thing, and the immoral racist laws were changed. Now racism is almost always an individual, rather than an institutional matter.

I don’t treat Barack Obama differently than any other President with whom I disagree (or agree with). I had lots of choice words for Jimmy Carter and Bill Clinton, too (and Richard Nixon, who was our Jimmy Carter). Why should Obama be any different, unless I am a racist and feel that I have to treat a black person differently because he is too ignorant to play in the big leagues with the rest of us: because he has darker skin than I do, and is inferior as a result?

That’s absolute hogwash. Until the liberals and Democrats start acting as if people truly are inherently equal; truly treating and regarding them as equals, being colorblind, rather than playing the game of saying lots of nice, patronizing bleeding-heart liberal words, but maintaining the patronizing master-slave / plantation dynamic of behavior (as if no progress whatever has been made), and playing the race card in campaigns and other spin scenarios, for lack of any new or positive ideas, racism, and racial paranoia will continue.

They think they win elections and improve society by keeping up the divisiveness and racial rhetoric. Unfortunately, liberal black “civil rights” leaders feel the same way.

We conservatives and Catholics and other Christians who aren’t enamored by and enthralled with 50 years of (mostly failed) knee-jerk liberalism take an entirely different perspective: we actually treat people as equals because we regard them as equals, under God (all men being made in the image of God, and therefore of infinite value). What a novelty! We don’t just play a game for personal gain — continuing to use African-Americans as pawns.

And in this context, that means I can scathingly critique Barack Obama’s policies and their almost universally harmful results in my nation. And I can vote against him, and urge many others to do so. I can do that and actually not be a racist (imagine that!), and not have any personal animus whatsoever towards the President.

I know that’s a shock to many liberals, but hey, we all have to start somewhere, in figuring out reason, fact, Christian ethics and charity, and the real world, lived day in and day out. 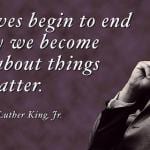 January 23, 2019 Tradition, Church, & the Rule of Faith (vs. Calvin #27)
Recent Comments
0 | Leave a Comment
Browse Our Archives
get the latest updates from
Biblical Evidence for Catholicism
and the Patheos
Catholic
Channel
POPULAR AT PATHEOS Catholic
1