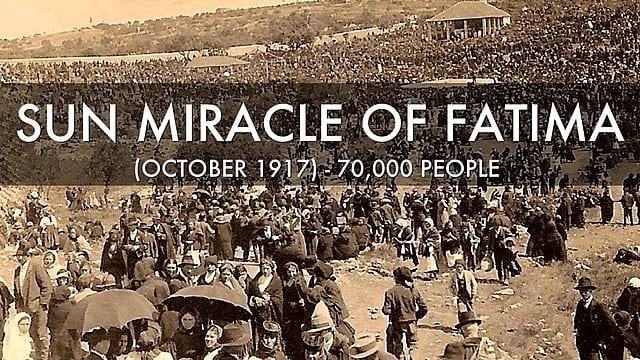 If God were to prevent every instance of suffering, He would have to eliminate (it seems to me) both 1) human free will and 2) the laws of science.

The first would turn us into robots, which is hardly a desirable outcome. The second would lead to chaos and an inability to do science. This is the high irony that I note among atheists. When they talk science, no miracles are permitted or even imaginable.

But when they talk problem of evil or getting evidence for God that even they will accept, the more miracles the merrier: we are supposed to think that God should perform literally millions of miracles in order to stop all suffering and make His existence manifest to one and all: no doubt whatsoever.

To put it another way, in effect the atheist argues (in self-contradiction):

A) You Christians believe in miracles, which are unproven and irrational and contrary to science; therefore I reject your belief-system.

B) If your God doesn’t perform many miracles in order to alleviate human suffering, either this proves he doesn’t exist, or that he is evil and/or weak and ineffectual.

A contradicts B (claims of miracles are a disproof of Christianity / miracles are required to prove Christianity’s God). Yet atheists habitually make or simultaneously assume both arguments. It’s illogical, irrational, and most unfair as a critique. The atheist can’t have it both ways and remain logically consistent.

God chooses to involve us in prayer, helping others, and in working out our own salvation (that is ultimately by His grace). I think that’s a wonderful thing. I don’t want to be a robot, or ruled by fate and mere “mechanical inevitabilities.” That would be a sort of Divine Fascism. If God was actually like that, I’d become an atheist in a heartbeat.

[atheist “Anthrotheist”] There is really zero irony involved, in the context of viewing God as being so much wiser and more powerful than humans (and being their creator to boot) that he is a parental figure to humanity. We expect parents to intervene on behalf of their children as often as it takes to keep them safe, and that supersedes the child’s temporary preference or limited capacity for comprehension (by analogy, we don’t see parental intervention as making children “robots” nor do we see it as making their environment chaotic).

Parents are not omnipotent. The insinuation you are trying to make is that God should intervene qua omnipotent being, to overcome every sad and tragic thing that happens in life in a physical universe. That makes it a whole different ballgame.

If you want such a being to intervene every time, then that has massive repercussions to the universe as a whole, and to uniformitarianism, and hence, to science (making the latter very difficult to pursue at all, because no one has any idea when the next of millions of supernatural interferences will occur).

Please take care; saying “If God was actually like that, I’d join you as an atheist in a heartbeat.” is a blatant misrepresentation of what atheism is. If you defy God because you believe that he is a certain way (justified or not) and you don’t believe that God doesn’t exist then you would not be an atheist, you would be a heretic.

I do believe that with at least some atheists, they are rebelling against a God that — down deep — they think exists. They simply don’t like Him and don’t want to be subject to Him (much as Satan and the fallen angels felt). My reply there was somewhat tongue-in-cheek, playing upon the very common atheist animus against God.

The anti-theists among your number almost seem to forget that He doesn’t exist, in their view, since their replies become so hostile and emotional. And of course, we ask: “why are you getting so worked up about the equivalent of a leprechaun and a unicorn and the tooth fairy (according to you)?”

One might submit that this suggests an actual belief in His existence, since so much angst and ire is directed at Him. I don’t get worked up and angry about things I regard as imaginary (like the evil stepmother in “Snow White” or what not).

What bothers me are outrages and tragedies that are quite real, like abortion or the situation in Venezuela or in the sanctuary cities, defying the rule of law, or sexual slavery, or the exploitation of the poor by the rich, or the wolves in sheeps’ clothing in the Catholic Church, going around sexually abusing innocent victims or winking at and enabling same.

All quite real an not imaginary or fictitious . . .

Note: I elaborated upon this argument at far greater length in my 2002 article, Christian Replies to the Argument From Evil (Free Will Defense): Is God Malevolent, Weak, or Non-Existent Because of the Existence of Evil and Suffering? The present article is a “nutshell” summary of one key argument from the longer paper.

[further exchange from the combox of this paper]

Gavin G. Young (who wrote of himself: ” I am an ex-Christian. I am now an atheist and scientific naturalist and in most respects I am also now a secular humanist”):

There isn’t really a contradiction in what atheists are claiming. Point A says there’s no scientific evidence for the existence of miracles and thus miracles don’t happen, but since Christianity says that miracles happen, then the lack of evidence of miracles [evidence that should be there if Christianity is true in its claims about the Christian god] is evidence against the existence of the god of Christianity. Point B says that since miracles don’t happen then a loving all-powerful all-knowing type of god doesn’t exist, but most Christians believe that their god is loving, all powerful, all-knowing. Thus the god that those Christians believe in doesn’t exist.

My point (B) was that atheists demand that God perform miracles in the case of human suffering, and if He doesn’t, He doesn’t exist. They also demand them in the case of proving His existence; i.e., He has to perform some extraordinary miracle like writing “John 3:16” in the stars; then the hardened, cynical atheist will submit in dust and ashes (God having “performed” according to the all-knowing epistemological requirement of the wise atheist). So it’s an odd situation, whereby atheists 1) state that miracles are categorically impossible, yet 2) they demand this very thing as virtually the only means by which they can be brought to belief in God (and then reject it when it happens).

In fact, Jon Curry, an atheist friend of mine, expressed exactly this yesterday on my Facebook page:

No miracle has yet been evidenced in a manner sufficient to meet the standards of the scientific method. I’m always open to it, for whatever reason God is unwilling to perform a miracle that comes with decent evidence. Maybe he will one day. If he does I’ll believe in him. He doesn’t. I figure it’s because God isn’t real. Nothing stopping God from proving me wrong some day.

From the Christian, biblical point of view, it is recognized that human excessive disbelief and skepticism (of the hardened, rebellious type) will not be overcome even by a miracle:

Defining miracles as impossible (which is extremely difficult to do, logically or philosophically) is the key to why atheists almost never come to belief. The prior assumption determines what they will accept, so that even when a miracle is documented and presented to them, they dismiss it because they have already concluded that miracles are absolutely impossible.

I think this is some of what Jesus hit upon in the statement above: nonbelievers reject revelation; therefore they will even reject a miraculous rising from the dead. In other words, nothing is good enough for them. They will reject what even they themselves claim is the thing that will convince them. This is why I replied to Jon’s comment as follows:

And there never will be one sufficient for you if the hundreds already documented are not. Your premises disallow it. I prefer to modify my premises according to observed reality. 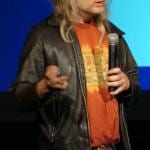 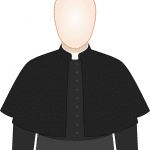 February 21, 2019 Catholic Sex Scandal & Homosexuality: Reply to Atheist
Recent Comments
0 | Leave a Comment
"The Father's of the Church, Councils, and Popes actually interpreted and taught that Matthew 5:32 ..."
Ammi Matthew 19:9 “Divorce Exception” Translation Bias
"As the nature and direct cause or the effects of 'original sin' have yet to ..."
klatu Could Jesus Have Possibly Inherited Original ..."
"Some views thrive on being oppositional to other ones. It's also true that a certain ..."
Dave Armstrong Reply to Gavin Ortlund’s “Relics: A ..."
"Mr. Armstrong,, this article reminded me of a recent video I was watching by a ..."
Analytic Computist Reply to Gavin Ortlund’s “Relics: A ..."
Browse Our Archives
Related posts from Biblical Evidence for Catholicism