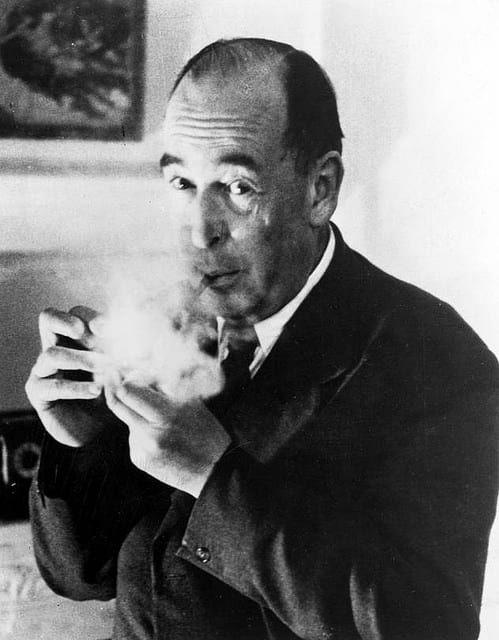 What did the early Christians believe? Did they believe that God really has a material palace in the sky and that He received His Son in a decorated state chair placed a little to the right of His own? — or did they not? The answer is that the alternative we are offering them was probably never present to their minds at all. As soon as it was present, we know quite well which side of the fence they came down. As soon as the issue of Anthropomorphism was explicitly before the Church in, I think, the second century, Anthropomorphism was condemned. The Church knew the answer (that God has no body and therefore couldn’t sit in a chair) as soon as it knew the question. But till the question was raised, of course, people believed neither the one answer nor the other. There is no more tiresome error in the history of thought than to try to sort our ancestors on to this or that side of a distinction which was not in their minds at all. You are asking a question to which no answer exists. It is very probable that most (almost certainly not all) of the first generation of Christians never thought of their faith without anthropomorphic imagery, and that they were not explicitly conscious, as a modern would be, that it was mere imagery. But this does not in the least mean that the essence of their belief was concerned with details about a celestial throne room. That was not what they valued, or what they were prepared to die for. Any one of them who went to Alexandria and got a philosophical education would have recognised the imagery at once for what it was, and would not have felt that his belief had been altered in any way that mattered.

. . . The earliest Christians were not so much like a man who mistakes the shell for the kernel as like a man carrying a nut which he hasn’t yet cracked. The moment it is cracked, he knows which part to throw away. Till then he holds on to the nut, not because he is a fool but because he isn’t.

(The Weight of Glory, New York: Macmillan / Collier Books, revised and expanded edition, 1980, edited by Walter Hooper, New York: 85-87, from “Is Theology Poetry?”: originally read to the Oxford University Socratic Club on 6 November 1944 and published in The Socratic Digest, vol. 3, 1945)

There is a difference between a real moral advance and a mere innovation. From the Confucian ‘Do not do to others what you would not like them to do to you’ to the Christian ‘Do as you would be done by’ is a real advance. The morality of Nietzsche is a mere innovation. The first is an advance because no one who did not admit the validity of the old maxim could see reason for accepting the new one, and anyone who accepted the old would at once recognize the new as an extension of the same principle. If he rejected it, he would have to reject it as a superfluity, something that went too far, not as something simply heterogeneous from his own ideas of value. But the Nietzschean ethic can be accepted only if we are ready to scrap traditional morals as a mere error and then to put ourselves in a position where we can find no ground for any value judgments at all. It is the difference between a man who says to us: ‘You like your vegetables moderately fresh; why not grow your own and have them perfectly fresh?’ and a man who says, ‘Throw away that loaf and try eating bricks and centipedes instead.’

Those who understand the spirit . . . and who have been led by that spirit can modify it in directions which that spirit itself demands. Only they can know what those directions are. The outsider knows nothing about the matter. His attempts at alteration . . . contradict themselves. So far from being able to harmonize discrepancies in its letter by penetration to its spirit, he merely snatches at some precept, on which the accidents of time and place happen to have riveted his attention, and then rides it to death — for no reason that he can give . . . This is what Confucius meant when he said ‘With those who follow a different Way it is useless to take counsel.’ [Analects, xv, 39]. 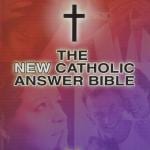 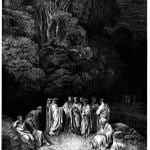 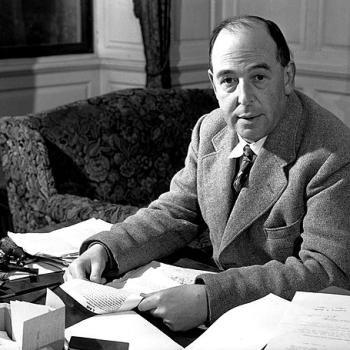 Catholic
C.S. Lewis vs. the Bible & Newman Re...
Biblical Evidence for Catholicism