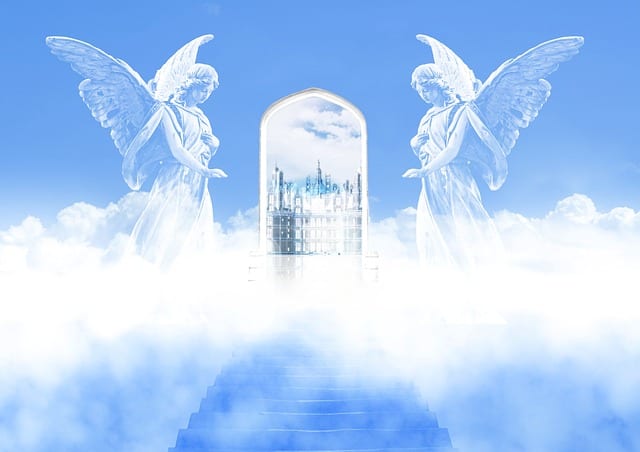 C. Michael Patton (Th.M. Dallas Theological Seminary, 2001) started the Credo House (formally, Reclaiming the Mind Ministries) in 2006. The ministry began in a seminary classroom as Michael dreamed of ways to introduce lay-people to the same type education that he was receiving while at seminary. Michael was on pastoral staff at Stonebriar Community Church for six years with Chuck Swindoll.

The following is my reply on his blog to some of his remarks in a post / thread entitled: “Roman Catholicism and Evangelicalism: Has the Battle Ground Begun to Change?” [link now defunct] His words will be in blue:

Excellent post and thread. I’d like to express my deep appreciation, as a Catholic, for the charity, spirit, and humility expressed in it.

I don’t doubt many Catholics Spirit lead love and sincerity. I simply disagree with their theology and wish that they would read Romans and Galatians like we do, understanding what they are missing and how striving to establish a righteousness of their own in addition to Christ’s is unnecessary and counter productive to the Gospel and the glory of God.

But, having said this, there are some Catholics out there who would say that we are misunderstanding them. I am willing to listen and learn.

My understanding of Catholic soteriology is not that we are somehow coming up with a “righteousness of our own” at all. As we understand merit, it is, as Augustine said, merely “God crowning His own gifts.” The Catholic Catechism cites this very utterance.

We understand God’s grace and our appropriation of it, as of a piece (not opposed to each other), according to biblical verses such as:

1 Corinthians 3:8-9 (RSV) He who plants and he who waters are equal, and each shall receive his wages according to his labor. For we are God’s fellow workers; you are God’s field, God’s building.

Ephesians 2:10 For we are his workmanship, created in Christ Jesus for good works, which God prepared beforehand, that we should walk in them.

Philippians 2:12-13 Therefore, my beloved, as you have always obeyed, so now, not only as in my presence but much more in my absence, work out your own salvation with fear and trembling; for God is at work in you, both to will and to work for his good pleasure. (cf. Titus 3:5-8)

We argue that Protestants often make the mistake of an excessive either/or outlook, whereas the Bible presents a paradoxical picture of God doing all, but we ourselves participating in that “all” insofar as we are included (as every believer is) in God’s plans and His will. I think there is quite ample biblical justification for this (no pun intended), as seen above.

In fact, the Council of Trent, in its canons on justification, condemned the notion that there is any righteousness of our own apart from Jesus:

Canon 1: If any one saith, that man may be justified before God by his own works, whether done through the teaching of human nature, or that of the law, without the grace of God through Jesus Christ; let him be anathema.

Canon 2: If any one saith, that the grace of God, through Jesus Christ, is given only for this, that man may be able more easily to live justly, and to merit eternal life, as if, by free will without grace, he were able to do both, though hardly indeed and with difficulty; let him be anathema.

Canon 3: If any one saith, that without the prevenient inspiration of the Holy Ghost, and without his help, man can believe, hope, love, or be penitent as he ought, so as that the grace of Justification may be bestowed upon him; let him be anathema.

Canon 10: If any one saith, that men are just without the justice of Christ, whereby He merited for us to be justified; or that it is by that justice itself that they are formally just; let him be anathema.

I recently described the difference in approach in another paper, as follows:

Catholicism / Bible / “Both / and” outlook: God does all and enables all, pertaining to grace and salvation, yet man can also cooperate with God and in a non-Pelagian sense “participate” in the process.

Reformed / Calvinist outlook: God does all, therefore it is senseless and heretical to speak of man doing anything as regards to grace and salvation, and to do so is at least a semi-Pelagian position, detracting from God’s sole work in salvation.

But are the differences that far apart in soteriological issues? I don’t think so.

I agree. I believe that the similarities are remarkable; even astonishing, once both (broad) sides are properly understood: especially in a more concrete, practical, day-to-day Christian walk sense. There are still assuredly differences. But I don’t see that they should be any more divisive than Protestants’ own inter-denominational differences.

In fact I would say that, practically speaking, they are not much further apart than those of a Reformed Calvinist and an Wesleyan Arminian?

I was answering as I read, and you anticipated my own response almost exactly, as you can see.

Am I right being a Reformed Calvinist? Of course. I am always right, but I am nice to those who are wrong and love the same Lord I love.

I admire this spirit very much!: confident in one’s own position (unless and until convinced otherwise) yet humble and charitable towards others, and emphasizing common ground rather than differences. Good for you. This is the Spirit of Christ, while avoiding a wishy-washy indifferentist liberalism, where differences don’t matter or are glossed over or denied.

I believe that we can accomplish this by lifting our mutual anathemas and recognize our brotherhood in Christ.

We certainly acknowledge you as brothers in Christ, as Vatican II stressed. Even the Tridentine anathemas are not as rigid or “anti-Protestant” in a sweeping sense, as is widely supposed.

I look forward to discussion.

Dave,
*
Thanks much for the contribution and your charity as well. I just think the recognition that you have made, while shocking for many, puts the perspective of this entire dialogue in a different light for many.
*
I know that as I think about the way I viewed things just 5-10 years ago, all Catholics were most certainly going to hell (as well as most Protestants who did not agree with me!). But there were many at Dallas Seminary, especially in the historic theology department (as well as Dan :)) that caused me to reevaluate the arrogance and lack of humility that this type of attitude exhibited. (Yes, I did say Dallas Seminary!)
*
Learning should always produce humility. In fact, humility is the first requirement of true learning. I was confused and humbled and no longer had everything figured out. I realize that my theology up to that point, while it may have been true, was only a veneer of passion.
*
My next step in this transition of thinking came as I dialogued with many on Catholic Answers in their forums. In fact, I spent five months reading what they suggested and asking questions. For the most part the dialogue was extremely gracious and beneficial. It was then I came to think that both sides have much misunderstanding of the others beliefs. Passions, constituencies, and ill-will have made it very difficult to move beyond this state of affairs.
*
I don’t think either side has it all figured out, but I know that both sides have the same Lord.
*
Your posts on the issue of justification is very helpful.
*
You said:

Catholicism / Bible / “Both / and” outlook: God does all and enables all, pertaining to grace and salvation, yet man can also cooperate with God and in a non-Pelagian sense “participate” in the process.

This synergistic thinking is a practical necessity and I agree that whatever one’s confession, people live with the understanding that we have choices to make and responsibility for not making them. While God may be the ultimate cause of all things, there is a support cast that is empowered by Him. Thanks for clarifying this.
*
I also agree with you that, at most, Protestants should look at this as we do many intra-Traditional disagreements. (Although, many are not very charitable here as well). Sigh . . . Soteriologically, from a practical perspective (aside from any particular articulation in creed), I agree and reiterate, that from my standpoint, the differences between Protestants and Catholics are essentially the same as these:
*
Reformed Calvinists and Arminians
Baptist and Church of Christ
Lordship salvation advocates and Free Grace advocates
*
I am not asking for compromise from anyone necessarily, but tolerance and a new spirit of dialogue that is willing to set presupposed passions aside. In the end, even if we don’t agree and we are no closer than before, at least the fog will have cleared and we both realize that we are very close, standing in the same sphere of grace before the God we love.
*
While I do remain confused about many of these issues, I can no longer affirm in any sense that a Catholic is either unsaved, anti-Christ, or even unintelligent. I know that this is no way to keep a passionate constituency, but it must be said.
*
Thanks for the engagement Dave. 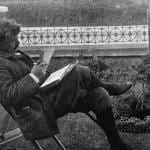 March 20, 2019
Why Conform to Orthodoxy and Sacred Tradition?
Next Post 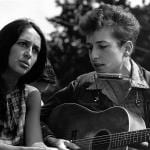