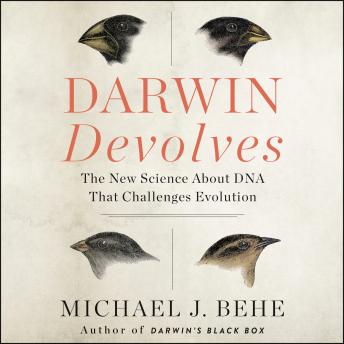 I ran across the article, “Two Catholic Scientists Debate Intelligent Design” (Pat Flynn, Chronicles of Strength.com). The two scientists are:

Dr. Stacy Trasancos:  a convert to Catholicism and a nationally-recognized author, speaker, and educator on the topic of theology and science. She has a PhD in chemistry and an MA in dogmatic theology. She is a teaching fellow for Bishop Robert Barron’s new Word on Fire Institute and regularly appears on Catholic Answers Live to answer questions about faith and science. She is the author of three books: Particles of Faith, Science Was Born of Christianity, and 20 Answers: Bioethics.

Michael J. Behe: Professor of Biological Sciences at Lehigh University in Pennsylvania. He received his Ph.D. in Biochemistry from the University of Pennsylvania in 1978. Behe’s current research involves delineation of design and natural selection in protein structures. In his career he has authored over 40 technical papers and two books, Darwin’s Black Box: The Biochemical Challenge to Evolution and The Edge of Evolution: The Search for the Limits of Darwinism, which argue that living system at the molecular level are best explained as being the result of deliberate intelligent design. His current book is Darwin Devolves: The New Science About DNA That Challenges Evolution.

The 90-minute debate can be listened to at the above link, or downloaded.

I would likely (before listening to it) side with Dr. Behe. Catholics (even deists, for that matter) must believe that God created in some fashion. We can’t consistently hold a purely materialistic position (as if science of empiricism alone can explain absolutely everything). Every Christian, theist, and deist believes that God is a creator. So the question at hand in a debate like this between two Catholic scientists is as follows:

1. Did God create scientific laws and processes and forces that were able in and of themselves to bring about the Big Bang, the origin of the entire universe and of life and all subsequent evolution?

2. Or are these scientific laws and natural processes (in our present understanding) inadequate to explain and fully account for the origins of things?

My position (which is not held unconditionally) is #2. I don’t see that the laws and processes of science as we know them can adequately explain the design that we see. There are too many serious unanswered questions. It could have possibly been the case (per #1): as the way God created things. But I think that in fact (by the best lights of understanding that I have) it is not, because science is stumped as to the fundamentals of the origins of the universe and of life.

Therefore, God had to intervene at some point. I think it’s minimal involvement (after His initial creation of matter), but I believe that He had to bring about (as “Designer”) some of the marvelous processes that have no plausible explanation according to science as we know it (at least thus far).

I have (technically) been an agnostic as to evolution for many years now. I have no fundamental or moral or biblical objection to it. God could have possibly used these processes as His method to create. I don’t think it is a priori impossible. But I don’t believe that it is an adequate explanation by itself, in a materialistic sense. Nor can a materialistic universe explain itself: its own origin.

And so I think that a fully scientific outlook reserves judgment if propositions are not believed to have been adequately proven or made more plausible than any other explanation, by science alone (just as the agnostic as to the existence of God reserves judgment, thinking that sufficient evidence is lacking).

Many people seem to think that Dr. Behe is some sort of creationist. He is not. He believes in common descent. But he is saying that science alone cannot explain the marvelous design and intricacies and complexities that he observes at a molecular level. He challenges folks who disagree to explain how they came about, and he finds their solutions wanting and falling far short of “most plausible hypothesis” status.

Dr. Trasancos and Dr. Behe would agree as Catholics that God created the universe and the laws of science, which operate more or less on their own. But Dr. Behe contends that these natural processes alone cannot explain everything that is posited by standard Darwinian evolutionary theory. I agree. And I will continue to agree until scientists skeptical of Dr. Behe’s opinion show in detail how he is wrong.

Michael Behe’s responses to critiques of his work are always goldmines of information, and fun to read as well. Criticism of his latest book, Darwin Devolves, and his replies, are collected on a web page about the book.  Here is an altogether characteristic excerpt from one of his articles listed there: “A Response to My Lehigh Colleagues, Part 3” (Evolution News, 2-26-19),

Lang and Rice [see their review] are welcome to think up all the evolutionary pathways they want, and join the long line of critics who have tried and (as I briefly show in Darwin Devolves and at much greater length elsewhere; see here, here, here, here, here, here, and here) failed over the years to figure out how irreducibly complex functional systems could be produced by random, undirected processes. Yet they don’t even try. The penultimate section of the long review is entitled “Two Examples to Illustrate the Evolution of Complexity.” (Hmm. Do you, dear reader, notice that an important word is missing from that title?) The reviewers dredge up a couple of old experiments that, at the time they were first published, were furiously spun as grave problems for irreducible complexity. (One sure way to get an otherwise-unremarkable paper noticed over the past several decades has been to claim it refutes those bothersome ID folks.) However, the results were actually quite modest and the relevance to ID claims nonexistent, as I wrote at the time. For those who want the details, click on the following links. Suffice it to say here that the first example cited by the reviewers (an investigation of a complex molecular machine called a vacuolar ATPase) at the very best concerned sideways evolution — no new functions, let alone new complex machinery, were involved. With the second example, a virus in a lab evolution experiment swapped out a binding site for a certain protein in the membrane of E. coli for a binding site for a second, homologous protein. In the process several E. coli genes were broken to help the bacterium survive.

Color me unimpressed. Yet it’s reasonable to think that, in preparation for writing the review, Lang and Rice would search for the very best studies that have so far been produced that they think challenge irreducible complexity and intelligent design. Perhaps they found them.

Scientists — by nature or by training — are skeptics. Even the most time honored theories are reevaluated as new data come to light. …

[O]ver 150 years after On the Origin of Species — less than 20% of Americans accept that humans evolved by natural and unguided processes. It is hard to think of any other discipline where mainstream acceptance of its core paradigm is more at odds with the scientific consensus. …

Why evolution by natural selection is difficult for so many to accept is beyond the scope of this review; however, it is not for a lack of evidence: the data (only some of which we present here) are more than sufficient to convince any open minded skeptic that unguided evolution is capable of generating complex systems.

Perhaps I can help. After all, I used to believe that a Darwinian process did indeed build the wonders of life; I had no particular animus against it. Yet I believed it on the say-so of my instructors and the authority of science, not on hard evidence. When I read a book criticizing Darwin’s theory from an agnostic viewpoint it startled me, and I then began a literature search for real evidence that random mutation and natural selection could really do what was claimed for them. I came up completely empty. In the over thirty years since then, I’ve only become more convinced of the inadequacy of Darwinism, and more persuaded of the need for intelligent design at ever-deeper levels of biology, as detailed in my books.

I’ve often found a similar mentality in criticism of my own Catholic apologetics work; for example, most recently, “replies” to my critiques against Taylor Marshall’s reactionary screed, Infiltration. The general mentality is precisely the same. A bunch of people believe a certain point of view. Someone dares to criticize it. And as a result we observe lots of name-calling, caricature, misrepresentation of arguments, basic miscomprehensions, etc.

What is invariably missing is any direct interaction with actual argumentation. This is what has occurred with Dr. Behe for many years, and is happening to me right now. For innumerable examples of this “ad hominem minus rational argument”mentality, see the many “replies” to my Amazon review of Infiltration.

So I know the feeling very well. But the frustration is perhaps worth it (I think Dr. Behe would agree) if for nothing else than to realize that the supposed evolutionary arguments for the origins of biological entities (the very proposed mechanism of evolution) remain as unexplained and mysterious as they ever were.

This is why I think that the truly scientific mind must take at the very least an agnostic position as regards such processes of origination (even if God isn’t posited at all, as Designer), until these things are properly and fully explained scientifically and naturally, because if they aren’t, the basic building block of evolution: random mutations as the supposed mechanism of natural selection, abysmally fail as a grand explanation.

Photo credit: book cover of Michael Behe’s Darwin Devolves, from audiobooks.com. Google Images considers this to be “labeled for reuse.” 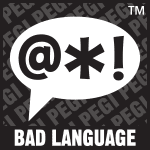 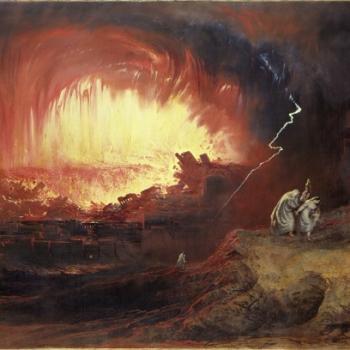