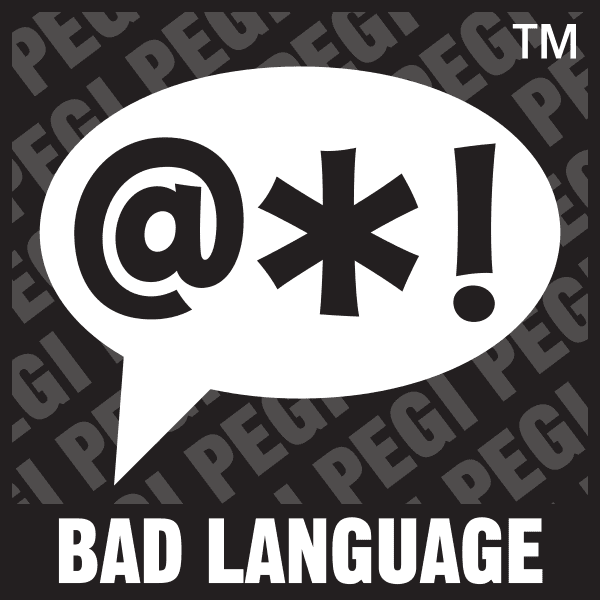 I’ve addressed this fascinating and complex topic many times:

Recently, a discussion on the topic developed on my Facebook page. Enjoy!

I actually thought of doing an article specifically on the topic of cussing. Language in itself seems so subjective when it comes to replacement words that imply the same meaning.

And I’ll be honest enough to admit I cuss a lot. I try not to around the kids and when I’m in public or in good company.

One of the things that comes in my mind is whether certain cuss words give more power behind certain messages or writing. Take Bono for instance in his live performance of Sunday Bloody Sunday. If you fast forward to 3:40, you’ll see what I’m talking about.

Nathaniel Sperling [age 33]: Certainly, using the Lord’s name in vain is always a sin, but in terms of profanity outside of that, it’s understandable, if not necessarily appreciated, if someone is really angry (and I admit I can cuss up a blue streak when suitably angered, although I also recognize it’s not a flattering element of my personality), but casually peppering normal speech with expletives? That just strikes me as trashy.

Dave Stechschulte [age 46 or 47] :Amen. Huge pet peeve. For example, I won’t read or support Christian bloggers, authors, apologists etc who swear casually like it’s no big thing. I have little tolerance for “likes to swear guy” in public as well. Definitely not my type of company.

Rebecca Bratten Weiss [about 40, I think]: Cutting cuss words out of our vocabulary weakens it. The more words the better, as long as they aren’t hate speech!

So a certain word used about women is not hate speech towards them?

Okay, so it is hate-speech at least sometimes. I can accept that. And in those instances, we ought not use the word. This would be a restriction on language based on it being a “bad word” (depending on context).

To give further background on myself, I’m a tradesperson and certain cuss words are ingrained in the culture of the industry I work in. I won’t give you any examples on Dave’s page since it’ll probably make you and some of his followers gasp in shock; but because most of my coworkers are adapted to a style of language that sometimes involves certain cuss words it’s difficult to communicate in a way they can take you seriously. Sometimes I get teased on the job because I use a milder form of language than everyone else does, but that’s because I try to choose my language carefully while maintaining a level of professionalism.

And honestly, habitual swearing has been something I’ve struggled with since I was young. I like to think I’m getting better at not swearing now that I have kids and have been going back to Mass for four years now, but there’s always a time when I’ll accidentally strike my thumb with a hammer and then Yosemite Sam comes out.

I tend to agree with Rebecca Bratten Weiss here: profanity does serve a purpose in language, although I’d add a few caveats:

1) If you know someone doesn’t like hearing profanity, then, out of common courtesy, don’t use it around them
2) If you’re around people that you aren’t sure would be bothered or not by profanity, then air on the side of caution and courtesy, and don’t use such language
3) The times when profanity might be necessary should be rare. Whether casual swearing is a sin or not is debatable, but it is certainly boorish.
4) Don’t curse around children

Personally, the only time I usually cuss is when I’m angry. In general and polite conversation, I avoid it. Dave, since I know you don’t like profanity, out of respect and courtesy for you, you’ll notice I don’t use foul language on your threads, even when I’ve been impassioned on an issue.

I would say casual swearing is not at all boorish unless it’s in an inappropriate social context.

Knowing social context is part of being culturally sophisticated.

Also, our hangups about cussing are very American. In the UK everyone does it.

When my son went to visit my sister in London last year she had to explain to him that fries are called chips, chips are called crisps, and everyone swears all the time.

I think it’s not a coincidence (with regard to our topic) that England is one of the most post-Christian nations in the world; thoroughly secularized. According to Wikipedia (“England: Religion”):

Referring to the Church of England, the article stated that “the vast majority are not regular churchgoers.”

It’s not exactly a Wesleyan spiritual revival going on over there, so yes, we would expect the secularization and post-Christian worldview to (from my perspective) bring about a degeneration of language, just as we see happening (to a lesser extent but still a trend) in America and Canada, as we continue to move away from a vague but definite “cultural Christianity” to an anti-traditional secularism.

Eh, swearing and vulgarity have always been part of British culture. You should see what Catholic Ireland was like.

My whole side of the family is French Canadian and Catholic. I tell ya, those French Catholics could use a little mouthwash. �

Fair enough. I still think it has likely become relatively worse, and no one is saying that everything was perfect in relatively more Christian cultures. This may have been simply a widespread fault, just as, for example, institutional and attitudinal racism was in America far more than now.

As Nathaniel mentioned, “cussing is frowned upon in” Christian social contexts. Thus, as those contexts lessen in influence and in people’s experience, it follows, I think, that language would tend to become less restricted (having less social norms against swearing: at least in these religious environments).

I have also written that I think it is a generational thing. When we grew up, none of this could be on TV. Then when I was about ten, they started having R-rated movies, where they could swear and have sex scenes. It was a clear line, which is why even secular Hollywood had the rating system.

Now, anything goes. So if I have a choice between our world now, and the world of 50 years ago, I take the latter in a heartbeat. Anyone under 40 can hardly imagine what the world was like then.

I would say that I’m not being some sort of prude or old-fashioned fuddy-dud or Puritan or something. What a joke! From my perspective, I think I’m being considerate of others, just as Nathaniel was talking about. I just apply it more widely than some of you (all much younger than I am) do.

Well, I’m only 33, but I grew up watching a lot of reruns of older shows (I Love Lucy, The Andy Griffith Show, The Dick Van Dyke Show, Leave It to Beaver, etc.), so I suppose I might have nostalgia by proxy.

I guess, for me, I’m just not into cussing or “locker room talk” or that sort of thing. It’s not necessarily because I think it’s sinful, it’s just not the sort of image I want to project to those around me. Although one might not notice it given my tendency to rant and argue on the Internet, but I’m usually anxious and self-conscious in person, worrying about how I sound (i.e. tone, manner, and the like), what people think of me, etc.

Like I said, I only usually cuss when I’m angry, and my temper is a fault of mine I’m trying to work on (with greater and lesser degrees of success depending on the situation).

I don’t think you’re being a prude. You’re the same age as my parents and you’ve seen how society has drastically evolved from then until now.

For me, it’s kind of a tug-o-war between my resentfulness of Protestant purity culture and the realization that it really does matter how we use our words.

See further comments as well in the original discussion. 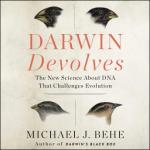 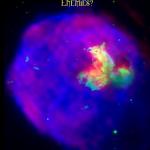 June 18, 2019 Scientific & Empiricist Church Fathers: To Augustine (d. 430)
Recent Comments
0 | Leave a Comment
"I agree. The human person, I believe as you do, is meant for a whole-person ..."
Love God :) Good Internet Discussion & Dialogue Are ..."
"I would say that it's because this is a passage having to do with divine ..."
Dave Armstrong Is God the Author of Evil? ..."
"If God respects human freewill, how could the metaphor of "hooks in your jaws" (Ezekiel ..."
barry Is God the Author of Evil? ..."
"I suppose that everyone, at every point on the spectrum, sees himself as standing for ..."
VicqRuiz Do Catholic Reactionary Sites Have Little ..."
Browse Our Archives
Follow Us!