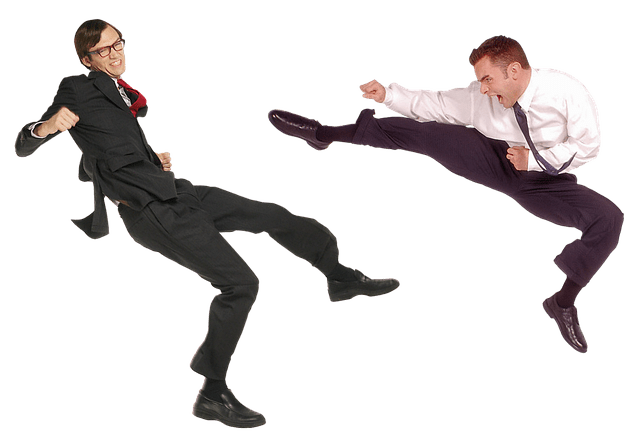 I wrote the first part below on 8-11-03, disgusted, upon deciding to leave an anti-Catholic discussion board. It expresses my very strong feelings concerning the tragedy of Christian division and how it harms the Body of Christ and the larger culture and society we live in. It is what is called a “jeremiad”: thundering, prophetic, righteous indignation.

A two-year-old child of a friend of my wife’s was struck by a car and killed today. This is real life, which consists of unutterably tragic things like a child being killed, and comforting a very distraught wife and dealing with a world in which such things can happen, and working through the problem of evil (which I have long considered the most serious objection to Christianity, though certainly not a disproof).

I lost my only brother to leukemia five years ago. I watched him waste away and die. His own wife died suddenly ten years before that. Then he lost his job and was diagnosed with leukemia within a year. That’s real life. The piddly, petty, juvenile crap that goes on in many (not all, by any means) posts on this bulletin board and every other one I have found where Catholics and Protestants try to interact like adults, is not real life. It is scandalous, disgusting, an ego trip, an exercise in futility. Much of such “dialogue” (again, not all, but quite a bit) is a waste of time and an insult to any conscientious Christian’s intelligence (on any side, including my Orthodox brothers and sisters).

Real life is this country and world going to hell in a handbasket, with legal abortion for 30 years, and partial-birth infanticide, and now legal sodomy, and soon-to-be legal homosexual “marriage” and a homosexual practicing bishop in the Episcopal Church; broken families, pornography everywhere, sewer bilge piped into network TV, rotten schools, massive social and crime problems in the large cities (I’m right outside Detroit and grew up in a working-class neighborhood there), etc., etc.

Meanwhile, fellow Christians (who actually agree on the great bulk of these social and moral problems) slug it out daily, so that Satan can win the victory. Divide and conquer. Let the nation go to hell. Let souls go to hell who are out there waiting to hear the Good News. Instead the lost in a lost world get to see Christians treating each other like morons.

Let them all go to hell. Never try to work together with a Catholic brother (like myself) who has web pages on many things about which most of us here would agree: abortion, sexual and gender issues, atheism, the Trinity, the cults, racial issues, Judaism, defenses of the Resurrection of Jesus, etc. That would never do. No, instead we must have the accusations and insinuations and rank insults. You don’t know me. You can’t read my heart. You don’t know what motivates me.

And you wonder why I don’t want to stay here? Get a life! Go to a soup kitchen or to a crisis pregnancy center. Get out in real life and try to alleviate some of the suffering and emptiness and hopelessness out there, rather than sit here and lie about your fellow Christian brethren. Go be with your family; work out problems and grudges and disagreements with family and friends in “real life.” Tell them you love and appreciate them; anything but the nonsense that regularly goes down on this discussion board.

For my part, I am interested in other things, like making sure I show love every day to my wife and four children, lest I lose any of them suddenly in some horrible fashion. I’m motivated to share the gospel with the lost and to show forth love and charity to friends and strangers, to be a light in this dark world, by God’s grace. I want to share with atheists the hope that is in me, and with cultists that there is a better way. I want to continue to fight for traditional morality (and I have written about all these issues).

That doesn’t happen on this board. Here we fight and lie about each other. I refuse to do it. And it will never end as long as Protestants here deny that Catholics are Christians, because it is a condescension and a bigotry which refuses to be corrected. And whenever bigotry against Protestants or Orthodox occurs amongst Catholics, I condemn that with equal vigor. Don’t do it! Don’t fall into Satan’s trap and ploy.

Love your Christian brothers and sisters. Treat them with respect. Share with them and show them that you are a Christian too. Believe the best of them. Talk about things you agree on once in a while. Make this a positive experience and witness. Don’t fall into the silly rhetoric and baiting and divisive sniping and backbiting and polemics and quarreling (as I have too often done, to my shame).

This is what I would like to share with anyone who regards me as some type of figurehead or leader in the Catholic Internet community. This is what I’ll leave you with. Keep the faith, but love those who disagree with you, and be as charitable and unassuming as you can. If you don’t feel that way, don’t post; take a day and pray or read the Bible and come back and try to do better next time.

To the Catholics in particular: please forgive me all my shortcomings, manifested on this board. I’m not your model. Don’t look to me, but to our Glorious Lord and Savior Jesus Christ, the “author and finisher” of our faith.

God bless you all.

This portion, written on 5-3-04, is a more detached sociological treatment, but equally condemning of these serious errors.

I believe that anti-Protestantism or anti-evangelicalism (like anti-Catholicism) is also a vast and disturbing social problem, coming largely from the left, the media, academia, and the entertainment industry, and including also the usual prevalent bias against “Southern conservative white guys” who are invariably stereotyped as troglodyte anti-intellectual fundamentalists — the portrayal of the Scopes Trial, e.g., is a quintessential instance of this (and this itself is part of the common Northern bigotry against the South: and I say this as a Michigander, though one of my grandfathers was born in Alabama).

As to the relative prevalence of both, I don’t have any particular strong opinion, nor do I think it matters much. The important thing is for conscientious Christians to condemn both.

That said, I would note that the official Catholic position is to acknowledge Protestants as Christian brothers, whereas many Protestant groups either are officially anti-Catholic or contain within themselves a strong legacy of anti-Catholicism which is then passed down almost unconsciously.

Therefore, I would suspect (though I don’t assert) that anti-Catholicism is the more prevalent of the two, simply because it is fed from an important and influential sub-stream of Protestantism as well as from the secular and leftist worlds, which would seem to me to despise both of our camps alike.

Individuals, of course, might fall short of properly informed and charitable attitudes, just as they do concerning ethics or theology, generally speaking. The difference with the Catholic, though, is that if he rails about Protestants being non-Christians, he is going against the express teaching of Vatican II, which is binding on all Catholics, whereas when Protestants do the reverse, they are in a quite respectable Protestant tradition which can easily be traced right to Luther and Calvin themselves.

So they are arguably in the mainstream of their tradition, whereas Catholics must violate their actual tradition to do the same thing. For example, Feeneyites may claim Protestants aren’t Christians, but they have been condemned by the Church itself as an erroneous fringe group.

I suppose this is enough to arouse ire against me, but again, I reiterate that I think anti-Protestantism is an extremely serious social problem and acceptable prejudice as well. If anti-Catholicism is a greater problem, it is only because it is so often generated by fellow Christians and not simply secularists who are nominal concerning, or outside any brand of Christianity whatsoever.

I should clarify that secular anti-Catholicism and anti-Protestantism both are more in the nature of a “sociological derision” — we are opposed because of our stands on traditional morality or because of political conservatism, or (above all) opposition to abortion and the Sexual Revolution, homosexuality and so forth.

The secularist doesn’t care enough about doctrine for that to be any issue for them. They would acknowledge both camps as Christian: they simply don’t like us (we’re “lousy citizens” who aren’t playing the game the way it should be played). It is all social issues for them and intolerance for the counter-cultural aspects of any form of solid, robust, life- and culture-transforming Christianity.

One should note the different definition, then. My standard use and definition of “anti-Catholic” and “anti-Protestant” both, is the mistaken and self-defeating view that those groups are not Christians. The Protestant anti-Catholic may also despise some sociological or non-theological aspects of Catholicism, but that does not enter into my own use of the term, as I have stated many
times.

The secularist, on the other hand, is usually not concerned with theological categories or content. It is a more pure prejudice, based on mere disagreement and dislike, because many Christians are not good social liberals and cause too many problems and inconveniences.

At least the educated anti-Catholic Protestant usually has some principles of theology that he thinks (either rightly or oftentimes wrongly) that the Catholic Church opposes. They are right when they say we oppose sola fide and sola Scriptura; wrong when they claim that we oppose sola gratia. It is just as wrong, and it is just as wicked, but at least they think they are upholding some better good (true theology and the following of Christ), whereas the secularist has few noble motives at all in his anti-Catholicism or anti-Protestantism, whatever the case may be. 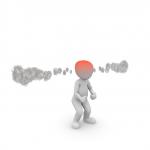 July 10, 2019
Dialogue on the Anti-Catholic Definition of "Christian"
Next Post 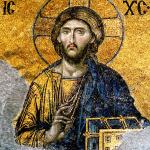 July 11, 2019 Vs. Pasqualucci Re Vatican II #1: Gaudium et Spes (Incarnation)
Recent Comments
0 | Leave a Comment
"Thanks Dave for great article. Appreciate the research and arguments, facts, and opinions. I too, ..."
David COVID Vaccines, Facts, & Conscientious Objection
"No you are changing the subject. The original post by Jim was implying that atheists ..."
WayneMan Problem of Good: More Difficult than ..."
"One unrealized factor: viruses (including covid19) are most contagious the day before and when symptoms ..."
Fran Mayes COVID Vaccines, Facts, & Conscientious Objection
""Dr. Fauci was even wrong (as he has often been) about the results of vaccination, ..."
gusbovona COVID Vaccines, Facts, & Conscientious Objection
Browse Our Archives
get the latest from
Biblical Evidence for Catholicism
Sign up for our newsletter
POPULAR AT PATHEOS Catholic
1