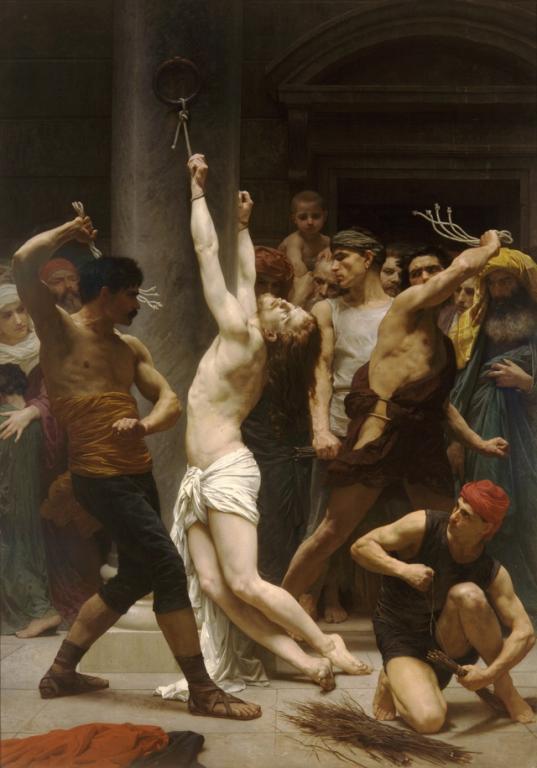 Moreover, the cult was dead certain that Jesus would soon (not ‘any century now’) descend through the clouds to set up a Kingdom of God on earth reserved for the lucky few (the members of the cult) Everyone else would be killed off; that was Jesus’ view on how it would all unfold.

Really? How odd, then, that all these passages are in the Bible, from Jesus’ own lips. I see nothing about His quick (“soon”) return, followed by judgment (except for saying that He would rise again in three days, and allusions to His post-Resurrection appearances):

Matthew 16:21 (RSV) From that time Jesus began to show his disciples that he must go to Jerusalem and suffer many things from the elders and chief priests and scribes, and be killed, and on the third day be raised.

Matthew 17:22-23 As they were gathering in Galilee, Jesus said to them, “The Son of man is to be delivered into the hands of men, [23] and they will kill him, and he will be raised on the third day.” And they were greatly distressed.

Matthew 20:17-19 And as Jesus was going up to Jerusalem, he took the twelve disciples aside, and on the way he said to them, [18] “Behold, we are going up to Jerusalem; and the Son of man will be delivered to the chief priests and scribes, and they will condemn him to death, [19] and deliver him to the Gentiles to be mocked and scourged and crucified, and he will be raised on the third day.”

Matthew 26:1-2 When Jesus had finished all these sayings, he said to his disciples, [2] “You know that after two days the Passover is coming, and the Son of man will be delivered up to be crucified.”

Matthew 26:31-32 Then Jesus said to them, “You will all fall away because of me this night; for it is written, `I will strike the shepherd, and the sheep of the flock will be scattered.’ [32] But after I am raised up, I will go before you to Galilee.”

Mark 8:31 And he began to teach them that the Son of man must suffer many things, and be rejected by the elders and the chief priests and the scribes, and be killed, and after three days rise again.

Mark 9:31 for he was teaching his disciples, saying to them, “The Son of man will be delivered into the hands of men, and they will kill him; and when he is killed, after three days he will rise.”

Mark 10:32-34 And they were on the road, going up to Jerusalem, and Jesus was walking ahead of them; and they were amazed, and those who followed were afraid. And taking the twelve again, he began to tell them what was to happen to him, [33] saying, “Behold, we are going up to Jerusalem; and the Son of man will be delivered to the chief priests and the scribes, and they will condemn him to death, and deliver him to the Gentiles; [34] and they will mock him, and spit upon him, and scourge him, and kill him; and after three days he will rise.”

Mark 12:1-11 And he began to speak to them in parables. “A man planted a vineyard, and set a hedge around it, and dug a pit for the wine press, and built a tower, and let it out to tenants, and went into another country. [2] When the time came, he sent a servant to the tenants, to get from them some of the fruit of the vineyard. [3] And they took him and beat him, and sent him away empty-handed. [4] Again he sent to them another servant, and they wounded him in the head, and treated him shamefully. [5] And he sent another, and him they killed; and so with many others, some they beat and some they killed. [6] He had still one other, a beloved son; finally he sent him to them, saying, `They will respect my son.’ [7] But those tenants said to one another, `This is the heir; come, let us kill him, and the inheritance will be ours.’ [8] And they took him and killed him, and cast him out of the vineyard. [9] What will the owner of the vineyard do? He will come and destroy the tenants, and give the vineyard to others. [10] Have you not read this scripture: `The very stone which the builders rejected has become the head of the corner; [11] this was the Lord’s doing, and it is marvelous in our eyes’?”

Luke 9:22 . . . “The Son of man must suffer many things, and be rejected by the elders and chief priests and scribes, and be killed, and on the third day be raised.”

Luke 9:44 “Let these words sink into your ears; for the Son of man is to be delivered into the hands of men.”

Luke 18:31-33 And taking the twelve, he said to them, “Behold, we are going up to Jerusalem, and everything that is written of the Son of man by the prophets will be accomplished. [32] For he will be delivered to the Gentiles, and will be mocked and shamefully treated and spit upon; [33] they will scourge him and kill him, and on the third day he will rise.”

John 3:14 And as Moses lifted up the serpent in the wilderness, so must the Son of man be lifted up,

John 12:23-24 And Jesus answered them, “The hour has come for the Son of man to be glorified. [24] Truly, truly, I say to you, unless a grain of wheat falls into the earth and dies, it remains alone; but if it dies, it bears much fruit.

I dealt with this nonsense that only a very very few would be saved, according to Jesus (like during Noah’s Flood), in my paper, Dr. David Madison vs. Jesus #3: Nature & Time of 2nd Coming.

But after Paul had departed the scene, the gospel writers took on the task of inventing the Jesus story, . . . Mark conjured the figure of Jesus that has become so familiar to us.

How does this [parable in Mark 12] square with Mark 4:10-12, where we read that Jesus told parables to prevent people from understanding his message.

As the next section of chapter 12 illustrates. Mark does not give his Jesus a lot of ethical teaching, but in verse 31 we find the ‘second’ great commandment: “You shall love your neighbor as yourself.” But Mark’s primary concern in the final portion of this chapter is to coach the cult, explain what is expected of the followers. And here we find a demand (it’s called the first commandment) that is a marker of extreme religion:

Heart, soul, mind, strength. All. Focused on God. This is not the way even most believers function in the world—nor do they want to—and begs the question of why a self-sufficient god wants or needs unrestrained adoration. But cults thrive when people can be coaxed to this dark side; when they can be roped into zealotry. The reward promised by the Jesus cult was eternal life; but, as is usually the case, there must have been ego satisfaction for the cult leaders, including a propagandist like Mark.

The folks in the pews have been so used to hearing, “You shall love the Lord your God with all your heart, yada, yada, yada,” in sermon and song, seeing it in stained glass and embroidery—well, don’t they just expect that sort of thing from the preacher? So it’s hard to notice just how jarring, how bizarre it really is.

I disposed of this hogwash, in my reply: Madison vs. Jesus #6: Narcissistic, Love-Starved God?

Dr. Madison’s critique of Mark 13 contains nothing new. He merely regurgitates fallacious arguments that I have already refuted in this series of rebuttals or the previous one. When he can’t come up with anything new, he recycles his trash. Likewise; his critiques of chapters 14-16 are primarily a reiteration of radical biblical skepticism (complete with ample citation from the intellectually suicidal Jesus mythicists): which I have explained in my standard introductions in this series (see above) why I won’t enter into. So this concludes my series of (total of eleven) rebuttals, as regards the Gospel of Mark. 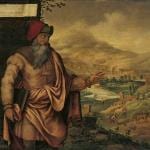 August 20, 2019
Isaiah Foretells the Gospel & the Suffering Messiah
Next Post 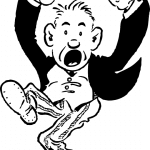 August 21, 2019 Do I "Hate" Atheists (or, Anyone)? Here's the Record . . .
Recent Comments
0 | Leave a Comment
Browse Our Archives
get the latest updates from
Biblical Evidence for Catholicism
and the Patheos
Catholic
Channel
POPULAR AT PATHEOS Catholic
1