“Ad Orientem” (Facing the Altar at Mass): A Defense 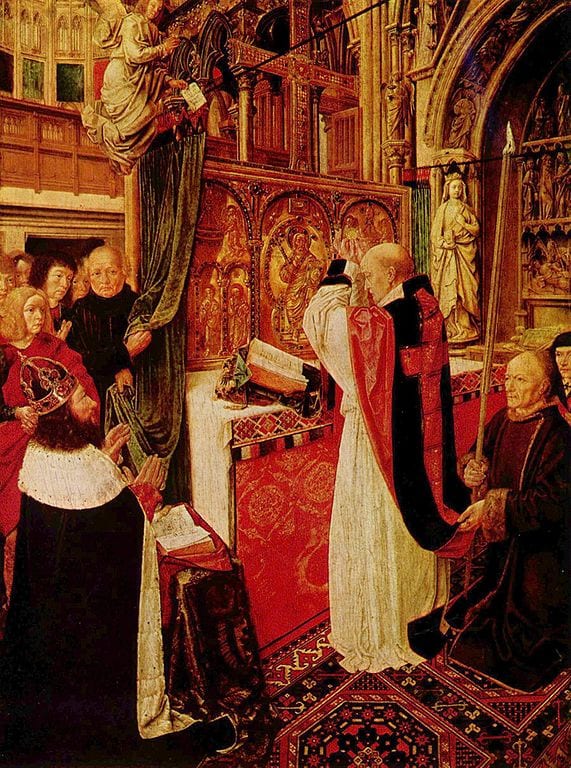 I’m not legalistic at all about this, but I think it is undeniable that ad orientem makes more sense, given what is happening in the Mass.

If the prayers at Mass are directed to God (obviously prayers aren’t directed towards the congregation!), then clearly it is more “natural” to face God in the Tabernacle on the altar while saying the prayers, and offering the sacrifice. That’s why the Church for most of her history in most places has done it this way (just as we face the Tabernacle in eucharistic adoration). It doesn’t come out of nowhere. It has a “primacy” of past history and liturgical tradition.

Like I said, I’m not legalistic or pharisaical about this; nor am I regarding communion on the tongue at an altar rail (that I myself do every week). I’ve noted several times in public posts how reception of the Holy Eucharist in the early Church was standing and in the hand for 6-9 centuries, depending on location. But I think arguments can be made in defense of this, without putting down the alternative.

Protestant pastors much more so “represent God to the people” because they don’t have the Eucharist and are not offering the Sacrifice of the Mass, so that preaching is front and center. Those things make a huge difference. The Catholic priest is offering with the people, and an offering is towards an altar: analogous to the Old Testament priesthood that was continued in the New Testament by Christ being our high priest, and each Catholic priest being in persona Christi and alter Christus.

A priest can still offer without facing an altar (and a Mass where that happens is just as valid), but it clearly makes more sense and continues the priestly tradition since Moses, to face the altar; offer on the altar, etc. The high priest used to face the ark of the covenant, where God was specially present; now we have Jesus present Body, Blood, Soul, and Divinity, so there is more reason to face the altar to make the offering than there was even in the old covenant with bulls and sheep and other offerings.

Facing the congregation thing is much more consonant with Protestant theology and tendency against sacramentalism (even by their own self-understanding). Someone said it was more consistent with the New Testament priesthood; I countered by saying that it fits in more so with Protestant pastors, who aren’t priests at all.

The priest and Jesus Christ are simultaneously offering (along with all present) because the Mass is a re-presentation of the historic crucifixion: it’s made present. The Mass is a sacrificial offering, which is priest and congregation together (not contradistinguished from each other, insofar as the offering is concerned: symbolized by one facing the other). Together they are offering to God, as opposed to the priest merely talking to the people, or bringing God to them (that applies much more to the Liturgy of the Word and homily [i.e., the first part of the Mass] ). That’s why the liberal “dialogue” thing applied to the Mass (i.e., after the readings and homily) was beside the point from the get-go.

I think we have to go all the way back to the OT priesthood; the NT priesthood as a developed and “fulfilled” continuation of that prototype, and also what has been done throughout the history of the liturgy and why. And I tried to touch on some of that: basically off-the-cuff in my original comments, because I’m exploring this myself to some extent.

Folks can be (and too often are) overly dogmatic and legalistic about liturgical issues (I oppose that). But other folks can be dogmatic and intolerant about any discussion of liturgical issues at all, as if they have no relevance. I oppose that, too. Because some folks are divisive and legalistic about some things, does not mean that no one should ever discuss them at all. Why should we give into those who can’t have an amiable discussion? I will talk about anything related to Catholicism or Christianity and will do it amiably, regardless of how imperfectly someone else may do so.I’m always the idealist: seeking to make things better; a better way, rather than giving in to the counsel of despair and cynicism because things are so often screwed-up in this fallen world. We don’t give up; we try to show a better way. I think that is both Christianity and a thinking / conscientious approach to life.There is plenty of prejudice (or very strong bias / antipathy) against the Novus Ordo from “traditionalists” and (especially) radical Catholic reactionaries. But there is also prejudice (or at least a strong non-hostile bias) regarding liturgical tradition issues such as this one and others. I think some of the latter is showing up. Both are wrong; I oppose both, and I will express my opinion!

But in any event, I can say without fear of contradiction from anyone who knows the facts that there is simply no tradition whatsoever, in the history of the Church, of Mass facing the people. Now, is it a sin? No. Is it wrong? No. Is it permitted? Yes. It is required? Not at all. In fact in the Latin Roman Missal, which is the typical edition that all the translations of the Missal are based on (not always translated properly, but at least based on it) the rubrics actually presuppose the Mass facing East, the Mass facing the Lord. Now, for the first 25 years of my priesthood, I celebrated Mass like you see it when you go to a typical parish: in English, facing the people. It can be done reverently; I’ve seen it done reverently; I’ve tried to do it reverently myself. But the last three years, after study and reflection, I’ve changed. I actually think the Mass facing the people is a mistake. But, even if it’s not, at least this much we can say: there is no permission required to say Mass facing God, facing the tabernacle, facing East, facing with the people. And it should be given equal rights, it seems to me, with Mass facing the people. It’s been around for 1800 years at least, and it should be allowed to continue. I happen to think it’s symbolically richer. 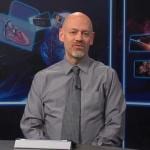 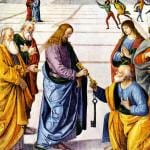 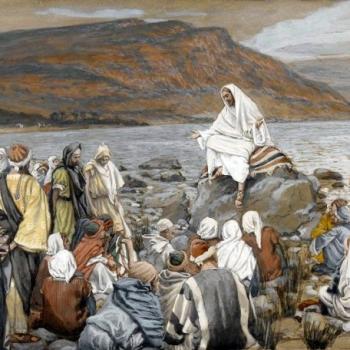